Today we have a speculative idea: take shares in CAD developer Synopsys (NASDAQ: SNPS), in order to make money on their rebound after a strong drop.

Why stocks can go up: because recently they have fallen a lot, and the foundation of the company's business is strong.

Synopsys is a provider of products and services for the production of complex electronics. We already had a successful investment idea for the company, where the structure of her business is described in detail, and since then, nothing has changed in the structure of its operations. So let's not repeat ourselves here.. 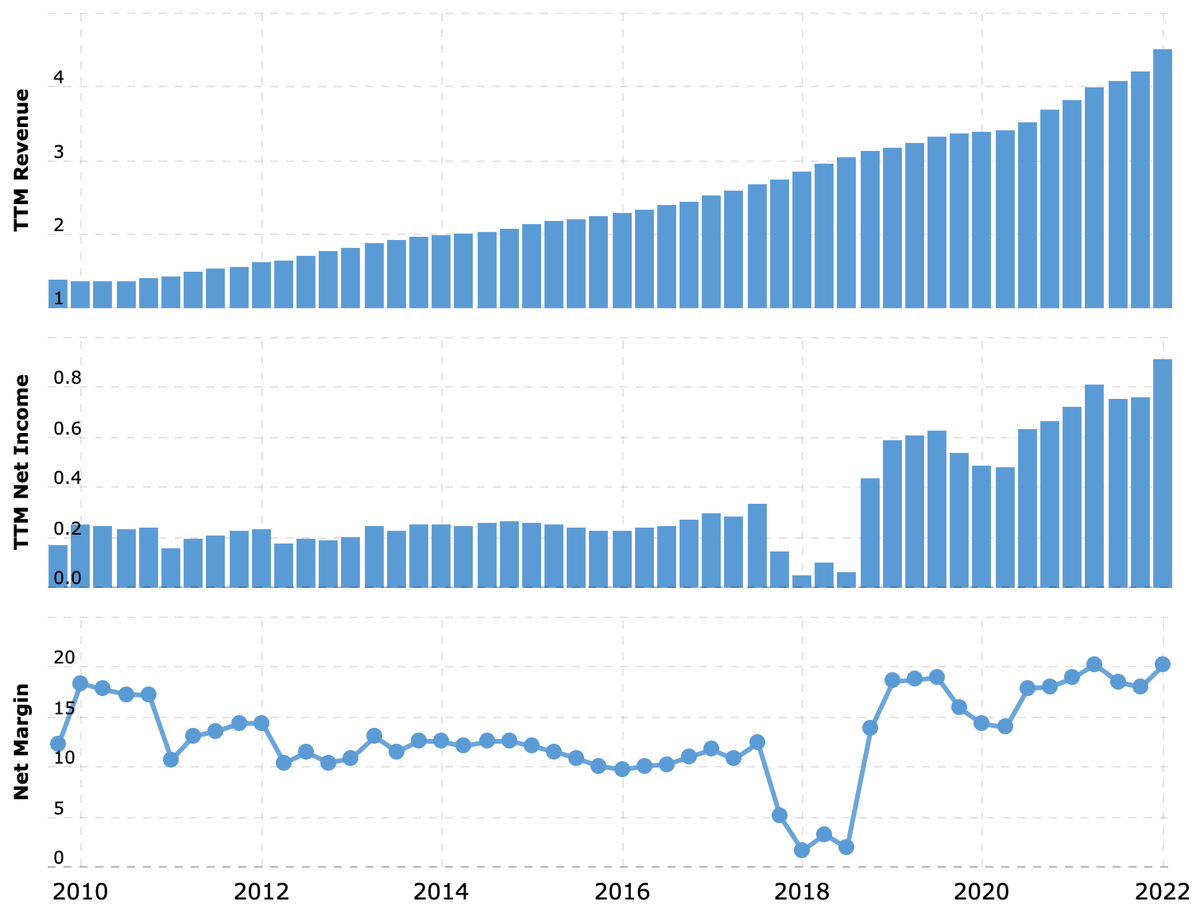 Fell down. The company's shares have plummeted in the past six months.: from 375 to 269,62 $. Think, given the circumstances below, we can hope for a rebound.

As before. The demand for the production of high-tech products is now even higher, than a year ago, so i would expect, that Synopsys' financial performance will continue to grow for a long time.

Better Cadence. Compare Cadence, for which there has already been a successful investment idea, с Synopsys. For a number of parameters - gross, operating and closing margin - Cadence looks cooler. But if you look at P / S and P / E, then Cadence looks quite expensive compared to Synopsys. Although I will make a reservation, that both companies are not cheap.

Anyway, based on these moments, a lot of institutional investors can run into Synopsys shares.

Can buy. Given these circumstances, Synopsys may well buy. In absolute numbers, it costs acceptable money.: its capitalization is about 41.41 billion. And considering that, that it is a profitable and high-margin business with good growth rates, I wouldn't be surprised, having learned, that the company is being bought. This is especially true against the background of large investments in the field of semiconductors..

activated carbon. In light of the decline and stagnation of the company's quotes, I would not be surprised to see an activist investor among its shareholders, which may require the following steps:

Your expectations are your problems. The strong drop in stocks over the past six months is due to, that the company slightly failed to meet the overestimated expectations of analysts. Mindful of the considerable price of Synopsys, should be considered, that another "disappointment" could lead to a strong drop in quotes.

Extension. There is some possibility that, that Synopsys will actively expand — and, maybe, she'll try to buy Cadence. Although it will be beneficial for Synopsys in the long run, for short-term investors it will be a disaster.

Cadence is about the same price as Synopsys, so the latter will have to take on a huge debt, maintenance of which will become a problem in an era of high rates. See also, maybe, will have to deal with the issuance of new shares to finance part of the purchase, which may lead to a drop in quotations due to the dilution of the share of existing shareholders.

I don't think the likelihood of this kind of news is very high., but still it should be kept in mind.

Synopsys may also be generous to acquire another technology company, slightly less, - but, probably, here, too, it will not do without an increase in the volume of debts and the issuance of new shares.

Shares can be taken now for 269,62 $. And then there are the following options: