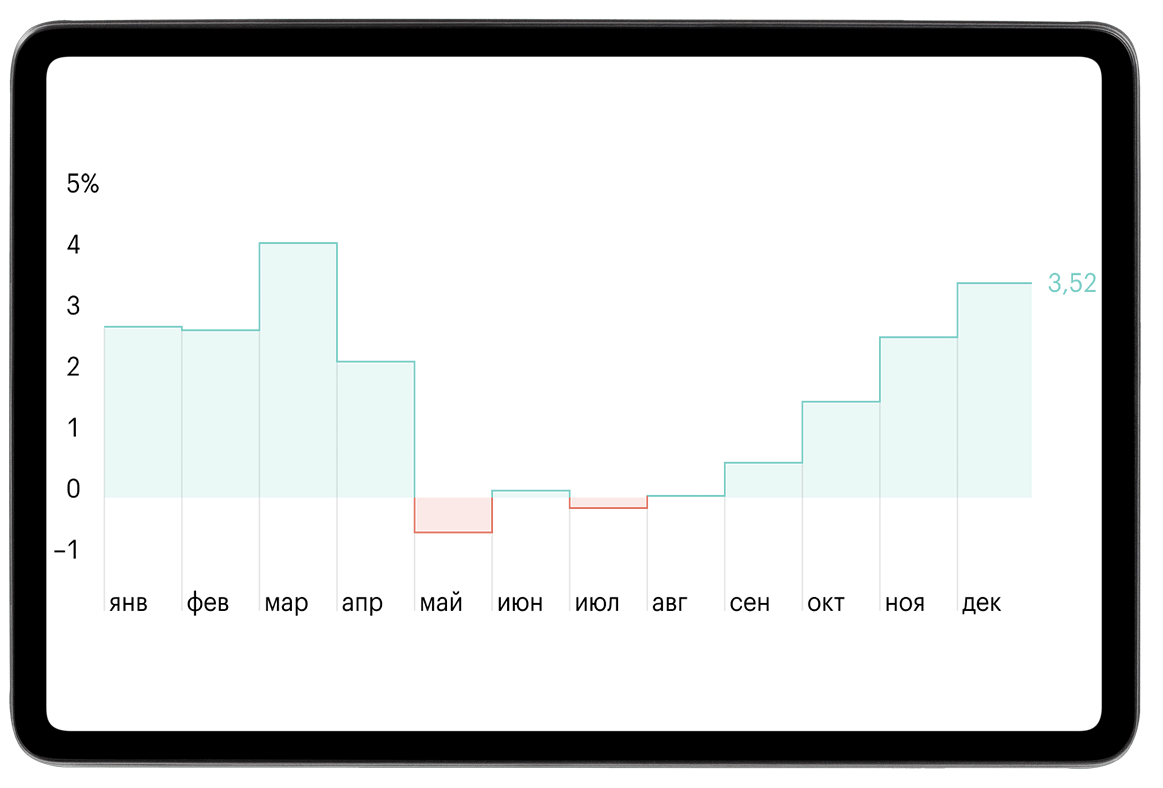 Every year in May, investors and financial media repeat the proverb, which recommends selling all shares. We understand, does the saying work on the Russian market and is it worth following such a strategy.

How it all started

St. Leger's Day is a reference to the popular St. Leger Stakes. They have been held every September since 1776.. The proverb advised English investors and bankers to sell shares in May, take a summer vacation and return to the market after the races in September.

The authors of Stock Trader's Almanac examine the historical performance of US stocks. In 1986 they discovered: stocks grow worse in May-October, than in November - April. So the phrase “Sell in May and go away” began to be repeated on Wall Street. 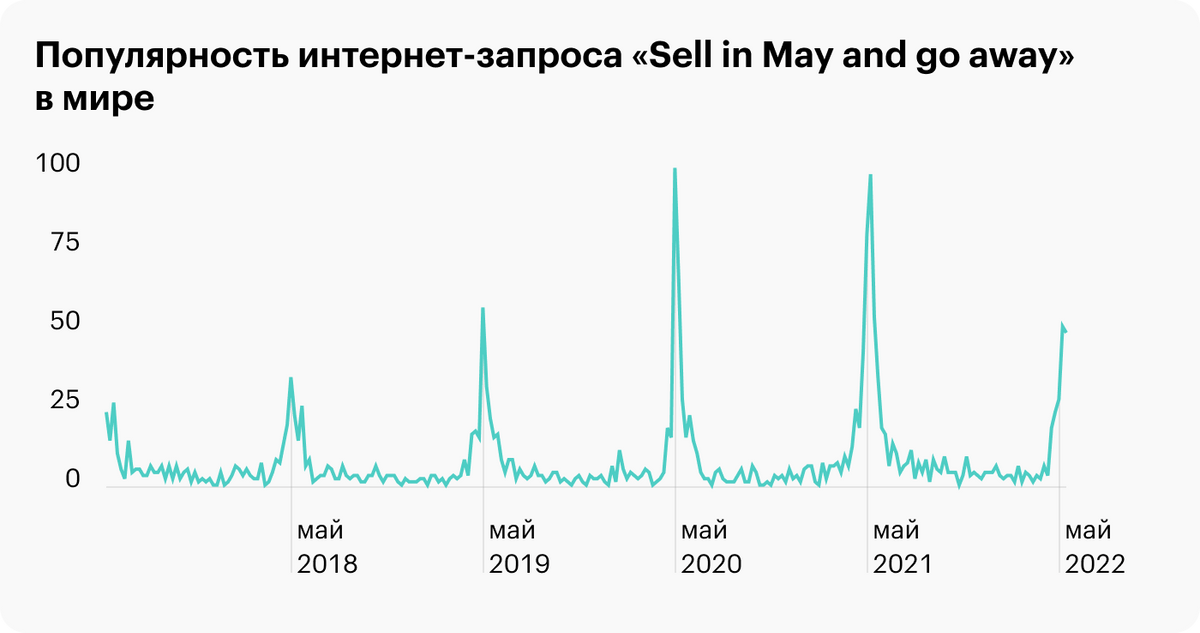 What about the yield in the US

Data since 1950, in November - April S&P 500 grew by 6.9% on average. This period includes the best months in terms of profitability: April, November and December. But in May - October, the yield of the index was almost four times lower - 1,8%. This semester includes September, the worst month for S&P 500.

Experts explain this seasonal anomaly in different ways.: bonuses for managers at the end of the year, santa rally in december, tax payment in April, etc.. But none of these hypotheses have yet been proven.. 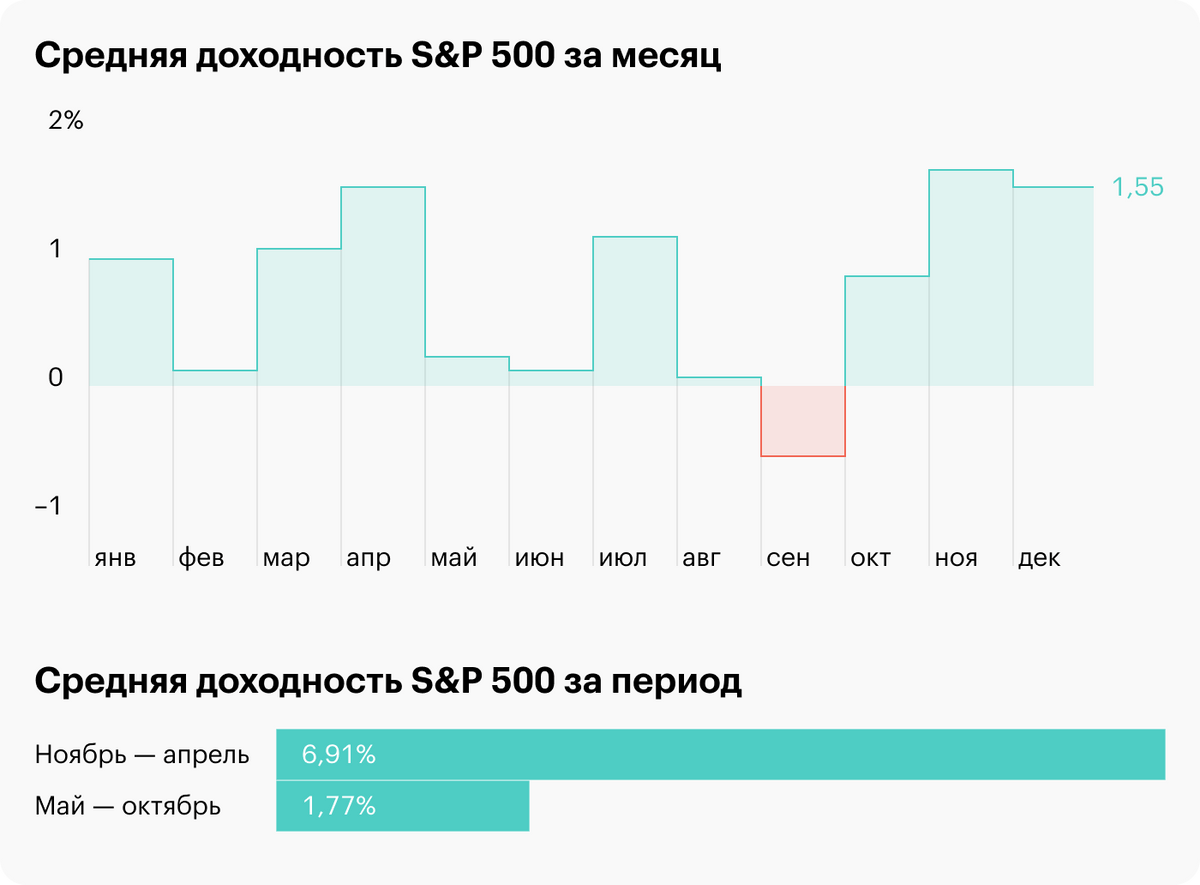 And how is it with Russian shares

The iMOEX index of the Moscow Exchange has been calculated since the fall of 1997, so the observation period is shorter here. And the seasonal effect is much greater. In November-April, iMOEX added on average 22,8%. In May - October, an order of magnitude less - only 1,9%. May and summer are the worst months of the year for iMOEX.

A possible reason for this anomaly is dividends. Russian companies often pay them in summer and early autumn. Usually, after the payment, the price of the shares falls by the amount of dividends., so the yield in the summer is so low. At the same time, speculators can sell shares in May, when companies announce and approve the amount of payments.

What to Look for in Facebook Quarterly Reports, Microsoft, Alphabet, Apple и Amazon 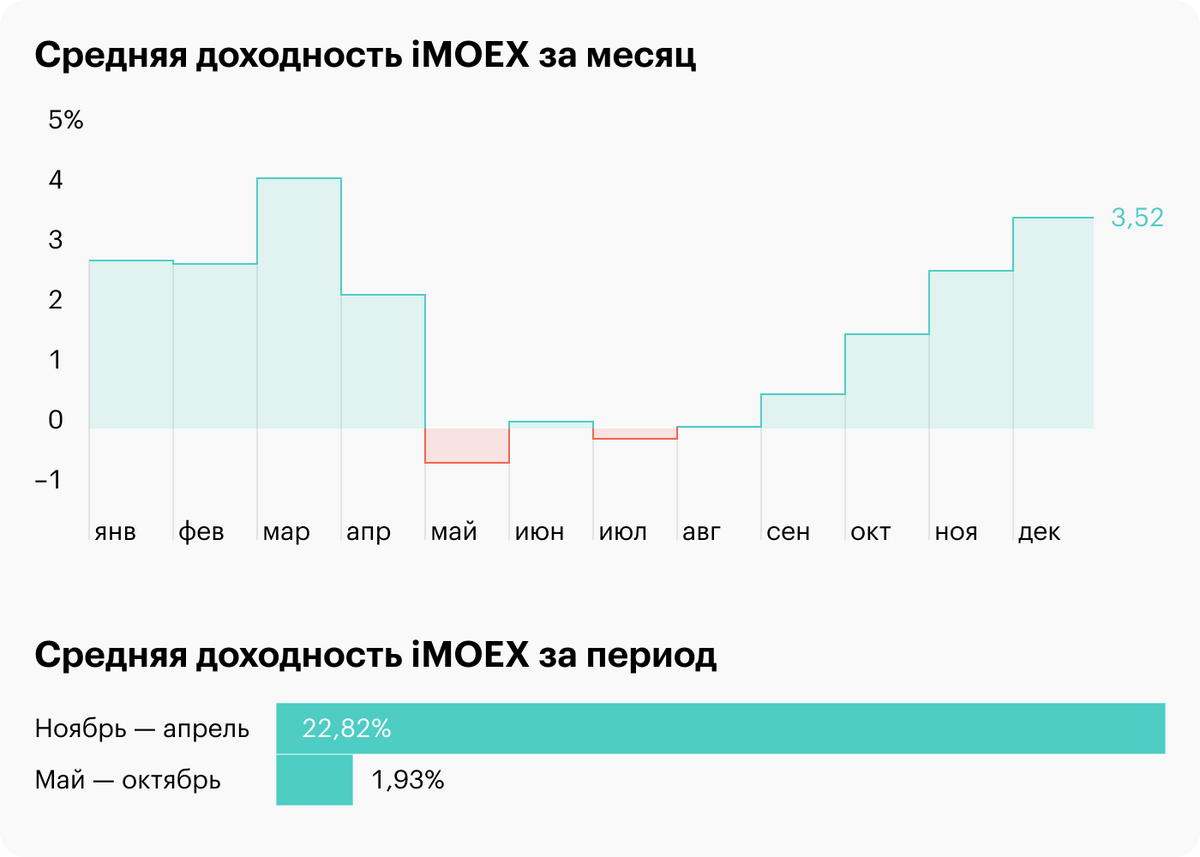 Is it worth following the strategy?

The authors of Stock Trader's Almanac advise investors to hold stocks in "good" months, and in the "bad" - transfer money to cash or to a deposit. But this strategy has at least two drawbacks..

The first is broker commissions and taxes. Frequent buying and selling can "eat" a significant share of profits, and deprive some of the tax benefits.

The second is the investment horizon.. Seasonal anomaly in returns can be seen over a long distance of decades. But in a short period of time, everything can happen differently..

For example, like now. In recent months, American investors fear a possible recession, so index S&P 500 from November 2021 to the end of April 2022 fell by 10%. There is no doubt about the recession in the Russian economy, so the Moscow exchange index lost even more over the same period - 42%. This is how the “good” months went this time.