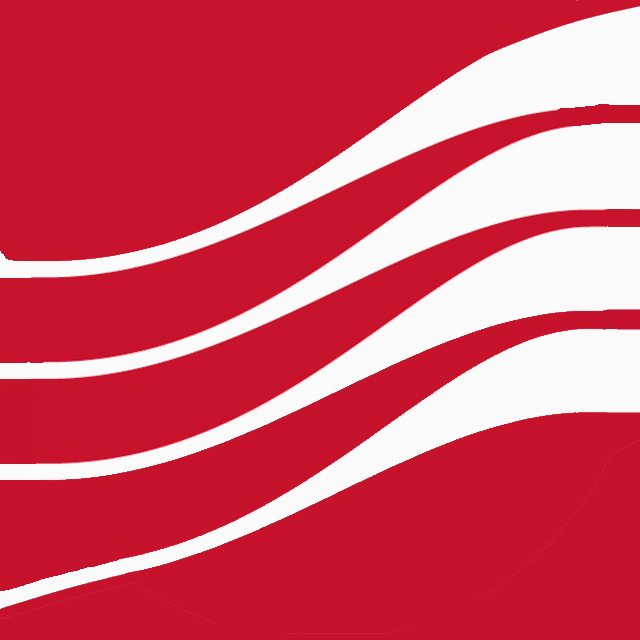 WH Group2885.83 HKDBuyService in partnership with Tinkoff Investments. Quotes are updated every 15 minutes

WH Group is engaged in the production of meat, and after the acquisition of the American company Smithfield Foods in 2013, the company became the largest pork producer in the world. 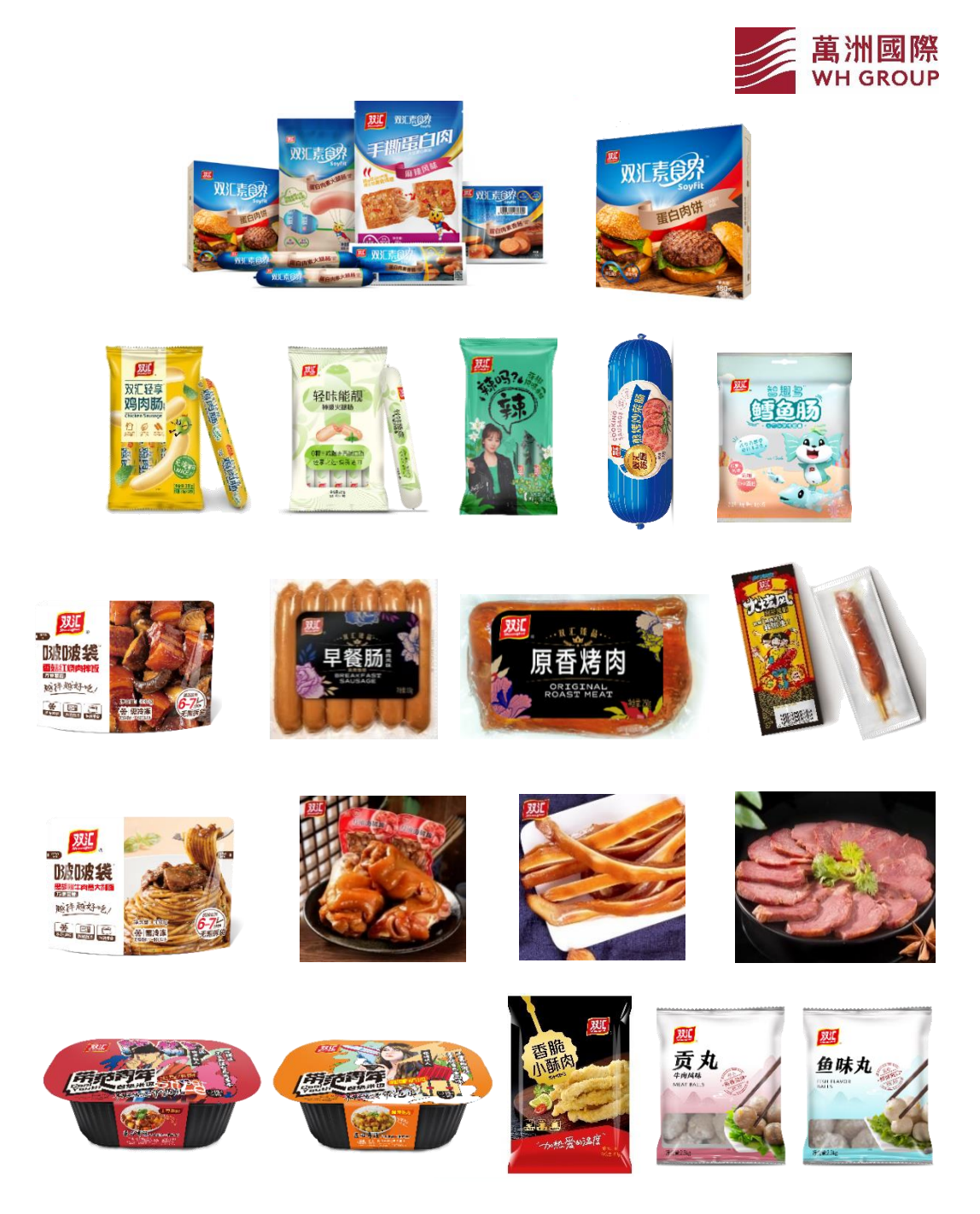 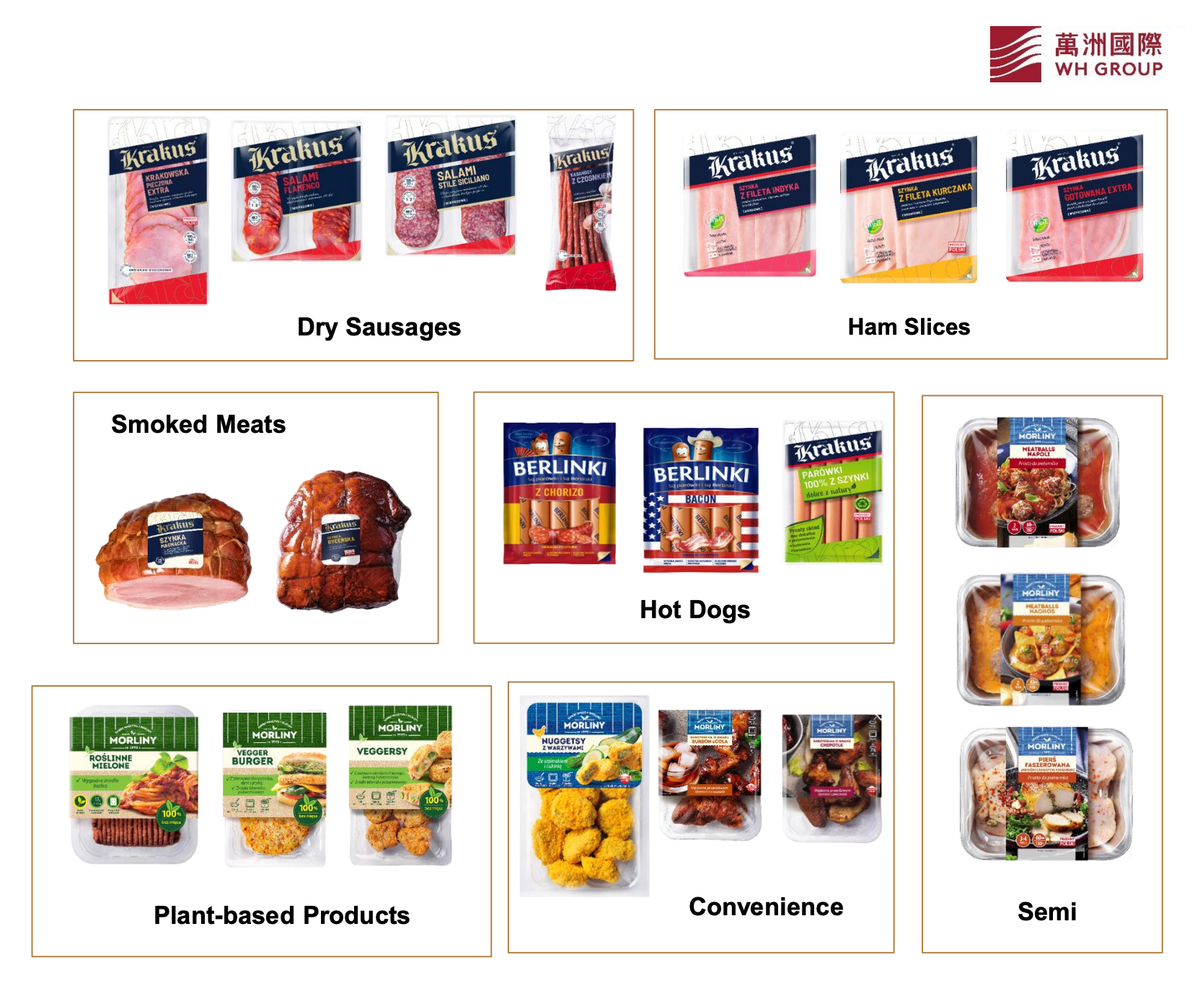 According to the company's annual report for 2021, its revenue is divided as follows.

Pork — 43,85%. Meat, but the difference from other species is that, that in this segment the company is also engaged in the breeding of pigs. The division's operating margin is 0,02% from its proceeds. In 2020, the division's operating margin was 2,77%. In general, the margins of the segment are under attack due to rising feed prices and a decrease in the quality of pigs grown in China..

Other — 5,56%. Non-core businesses of the company: finance, slaughter and sale of chicken meat, logistic services, real estate, own network of retail stores, production of spices and sale of pharmaceutical materials. The division's operating margin is 4,48% from its proceeds.

Revenue by country and region is divided as follows: 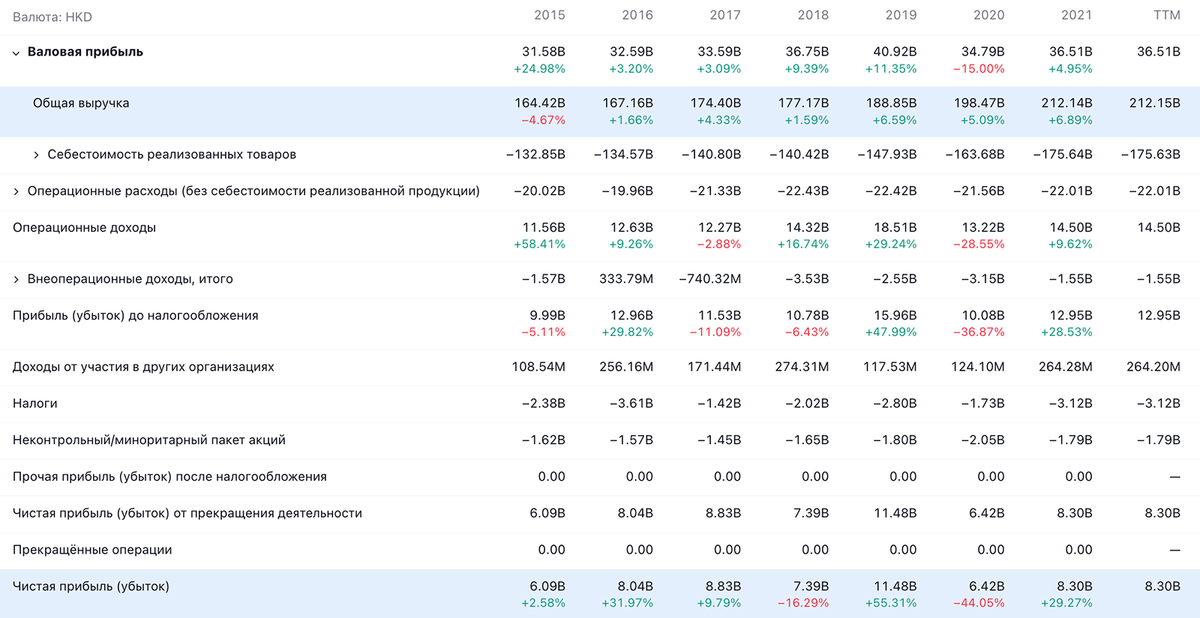 Lazy pig. According to OECD forecasts, the market of meat in general and pork in particular will be quite stable, and due to this, WH shares can attract the most conservative investors. There will be no real growth here.: by 2030, sales will be only slightly higher than the current level, but, at least, a terrible collapse of 50% is not yet expected here. 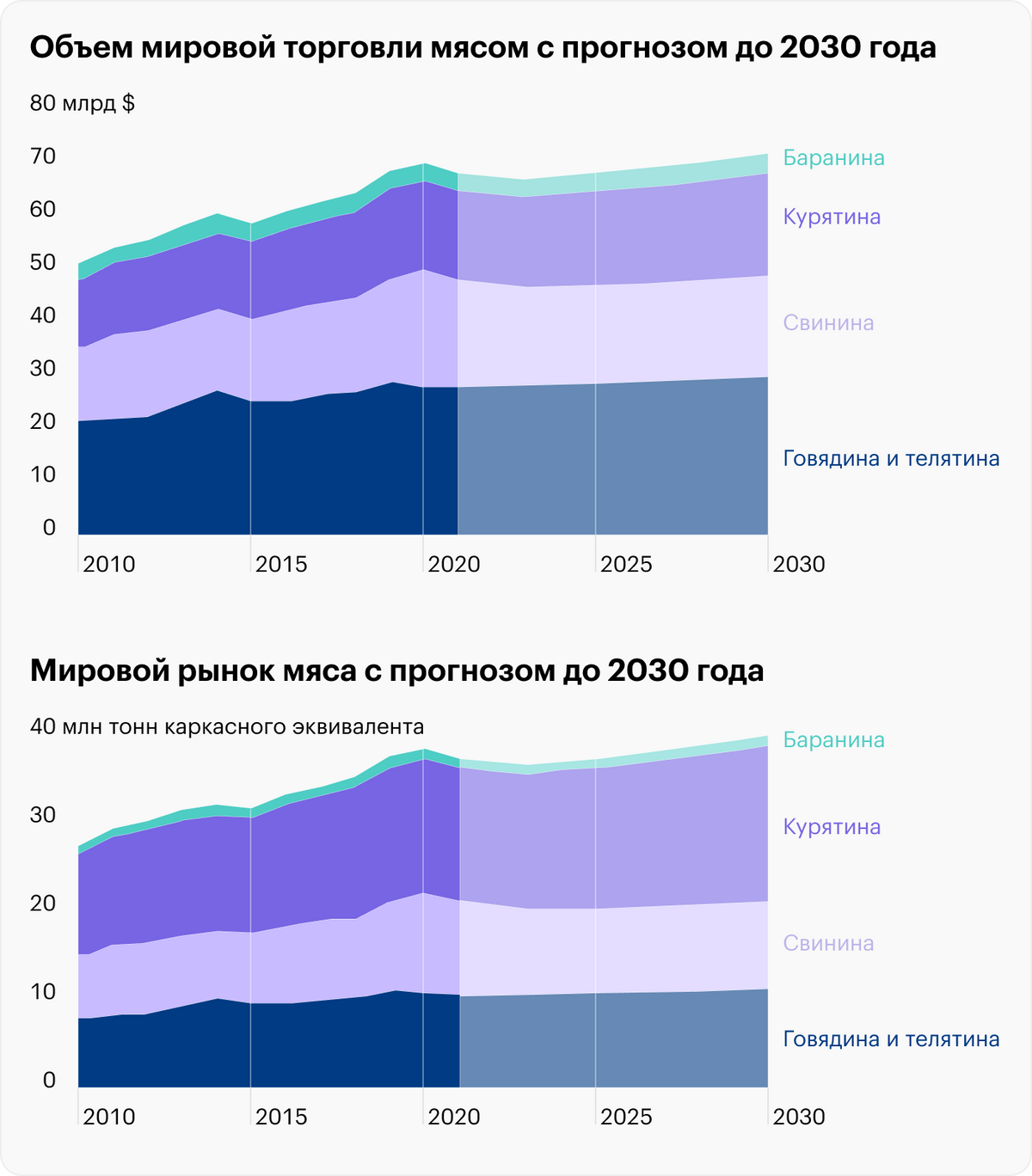 "The pig house should be a fortress!» The company pays dividends: Whole 0,19 HK$ per share per year, what gives 3,16% per annum. It's not the worst return., and a lot of investors can peck at it, believing in, that money should work.

Yield curve inversion: how the most famous recession indicator works

"Why yes why, yes to make ham". It seems to me, in the case of WH Group, there are all conditions for the emergence of an activist investor. Its shares are much cheaper, than else 5 years ago, and it is very cheap: P / S — 0,37 and P / E — 10,25. In general, cheaper than its American analogues such as Tyson and Hormel.

In my opinion, against this background, an activist investor may require WH management to divide the company into several different issuers.. For example, On three: Chinese, American and European business. Separately, these promotions, which investors will receive in proportional shares, can grow faster.

Or demand a strong increase in dividends: the company earns 0,59 HK$ per share per year, and consequently, can increase payouts by a factor of two. Or maybe, will require both. But both actions can lead to an increase in the company's quotes.. 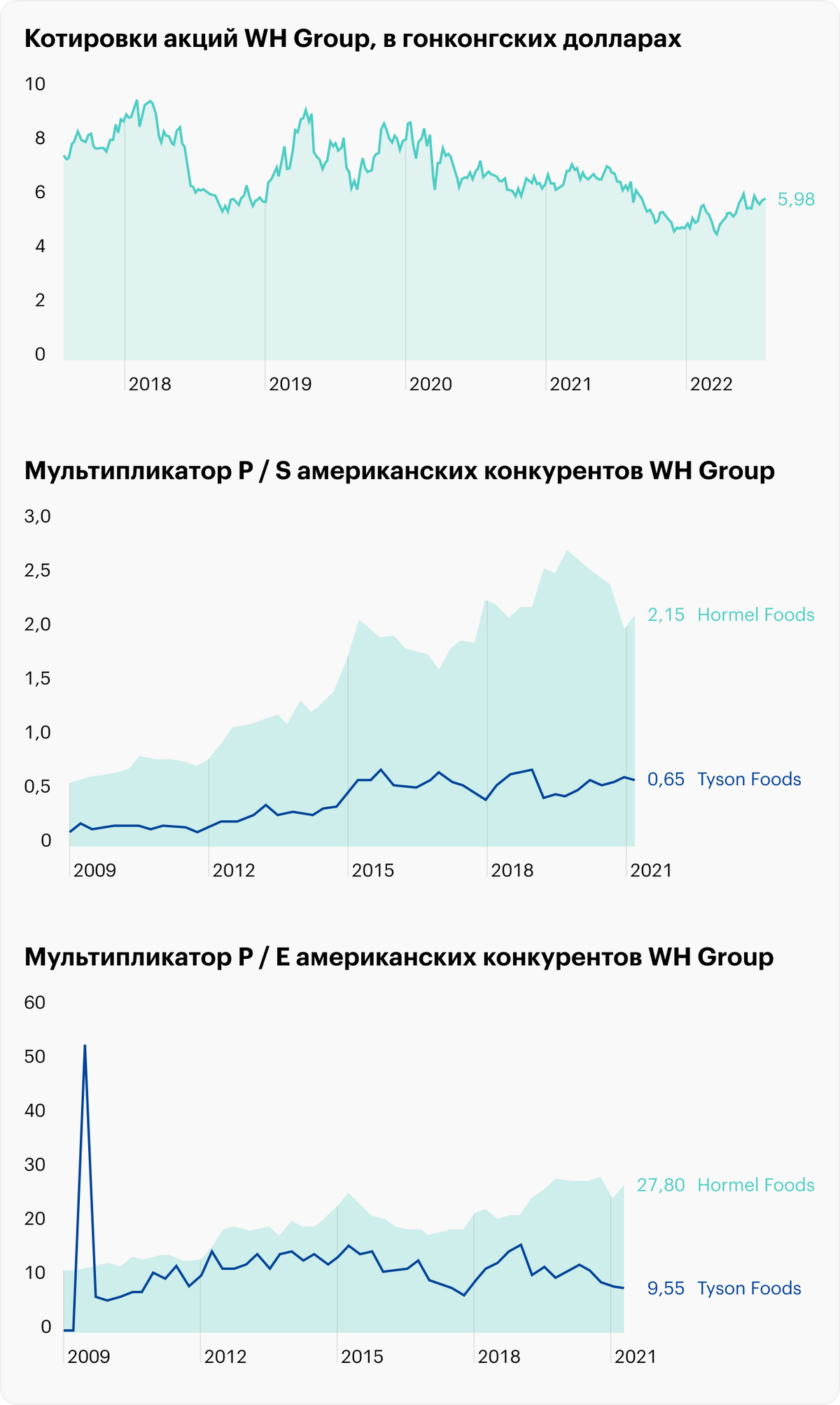 The company's operating profit increased by 28,1%, but thanks to a lucky coincidence.: in China, prices for raw materials and feed fell, and in the U.S. there was a very strong increase in demand for the company's products..

In general, we can say, that the company is lucky. I do not think, that she will also be lucky in the future, — and there is a possibility, that this year its reporting will be hit by logistics costs and rising raw material costs: developments in Eastern Europe contribute to this. Ukraine is the main exporter of corn to China, and it is mainly used by the Chinese to prepare pork feed.

Operating indicators of the company by region, million dollars

Planted a pig. WH shares are VIE stocks, shares of an offshore dummy company from the Cayman Islands, related to the "real" Chinese WH by various treaties. LIFE, in fact, nothing belongs, and its shares could quickly turn into a bagel hole.: or management will wave a pen to shareholders, or Chinese regulators will ban these stocks, after all, the positions of VIE-structures in Chinese legislation are ambiguous.

They got drunk. Adjusted for inflation and feed cost, prices for all types of meat for the next 8 years will fall. So do not count on a serious increase in the company's profits..

"Where are you?, piglet?» Animal husbandry is responsible for a considerable part of emissions into the atmosphere, more precisely, behind 60%, because animals, as known, a lot of farting. A person's abrupt transition to a vegan diet would reduce emissions from food production on 45%.

It seems to me, the growing popularity of the ideas of eco-extremists in the West may lead to legislative restrictions on meat in this decade., which will not be very good for the business of WH Group. 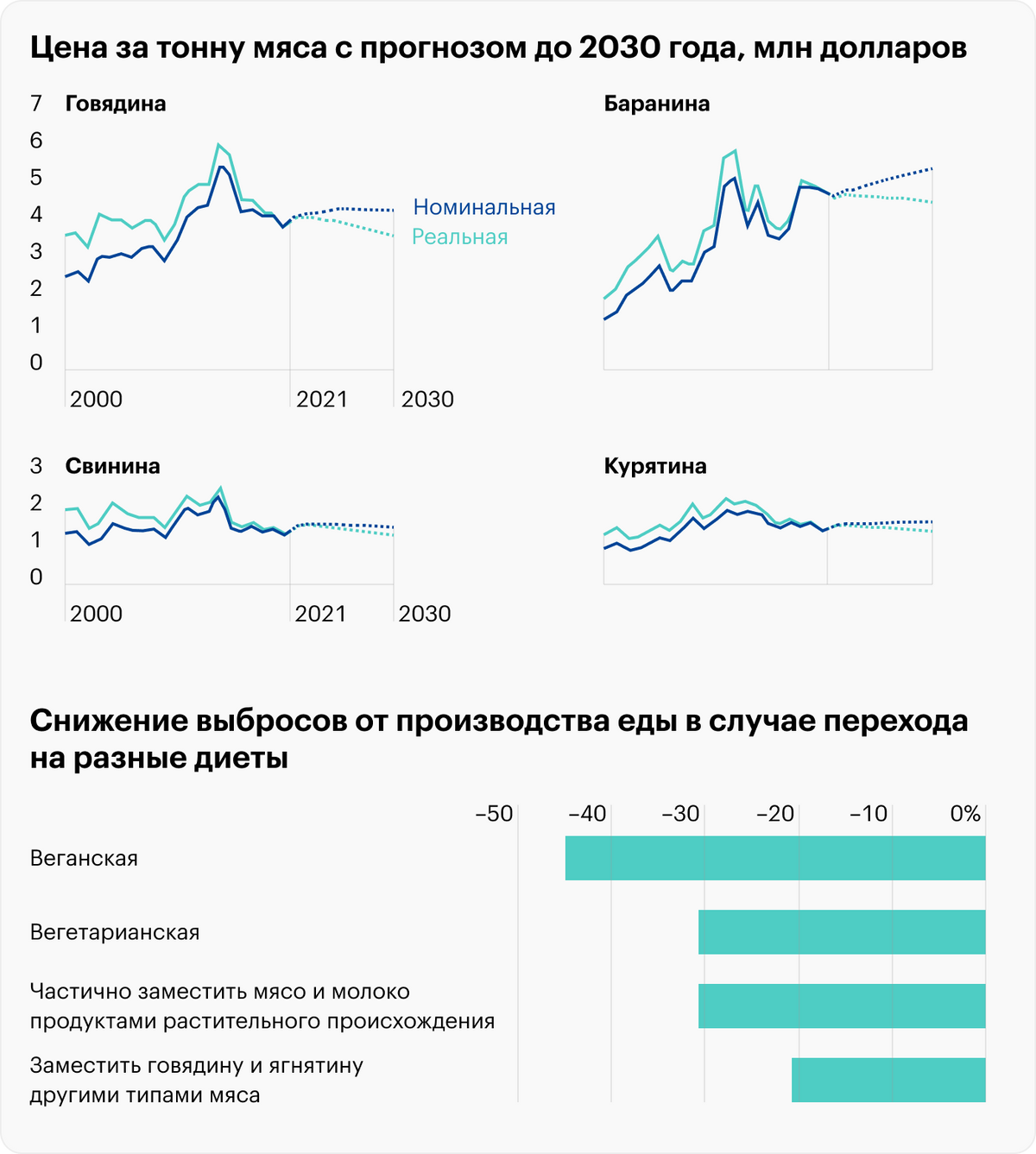 Don't sword beads in front of pigs. The above points greatly limit the prospects for the company to increase dividends.. Probably, to stay afloat, it will incur heavy costs in order to transfer production to vegetable meat., optimize production itself, so that the decline in the margins of its business is not excessive. BUT, as you understand, in such circumstances, count on, that the company will increase payments for investors, I wouldn't.

Don't Stick Your Pig's Snout. China is not America in terms of compliance with the laws and the quality of the judicial system, so that an activist investor can easily be put on mincemeat – and the prospects for the success of the campaign do not look so promising..

WH Group is a good dividend story with the potential for tangible growth in quotations as a result of a hypothetical campaign of an activist investor. But I'm very confused by the VIE origin of these stocks..