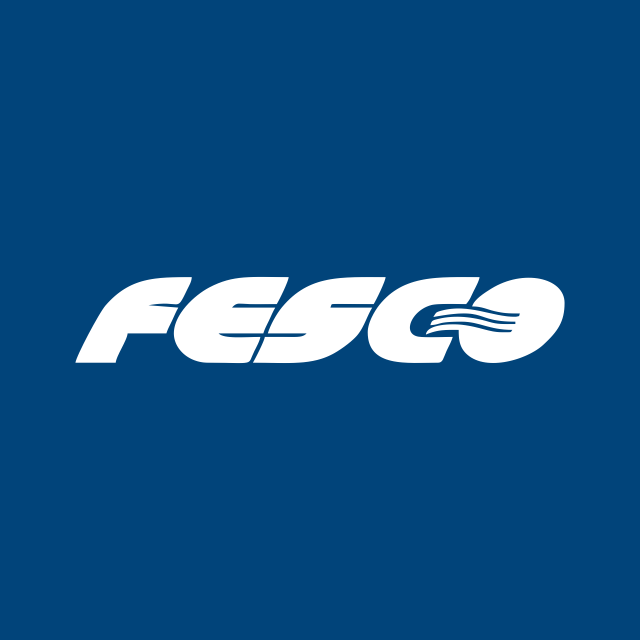 FESMOFESH28.02 RBuyService in partnership with Tinkoff Investments. Quotes are updated every 15 minutes

Fesco deals with marine, railway, road and multimodal transportation of goods, provides port services, and also deals with 3PL- and 4PL logistics. The main assets of the company are located in the Far East, but in general, the geography of Fesco's business covers the whole of Eurasia. The company identifies five operating divisions in its business.

Port Division. Provides services in Russian ports and terminals of the company: loading and unloading works, stevedoring services, storage and leasing of containers.

The largest asset of the division is PJSC Vladivostok Commercial Sea Port (VMTP). The company also has dry container terminals in Khabarovsk, Novosibirsk and Tomsk. And the port terminals "Femsta" and "Gaydamak" are designed to handle general cargo..

The operating performance of the division is quite positive: transshipment of containers and means of transport show a growing trend, and transshipment of general cargo and petroleum products in 2021 roughly returned to the indicators of 2019.

Railway division. Engaged in the transportation of containers and bulk cargo by rail using its own and leased rolling stock.

The volume of rail container traffic by the division is growing steadily and reached 539 thousand TEU by 2021. This is facilitated by the increase in the fleet of fitting platforms - designed for the transportation of containers. About three-quarters of them are 80 feet., There are also 60- and 40-foot.

But the volume of traffic in covered wagons in 2021 has significantly decreased., since Fesco considered this business non-core and in 2020 sold the grain operator and a significant part of the fleet of covered wagons.

The volume of ship-day in operation has a negative trend - this is due to the decreasing number of vessels of the company.. In 2021, Fesco acquired three vessels, but still the current size of the fleet is slightly smaller, than in 2018. Now it consists of 21 of the vessel with a total deadweight of almost 350 thousand tons. Two-thirds of the fleet are container ships, there are universal bulk carriers and one icebreaking transport vessel.

Fuel Division. Sells oil products for bunkering ships. Established in 2021 from a bunkering division and a subsidiary, formerly assigned to the port division. The volume of bunkering is gradually decreasing from year to year and amounted to 63 thousand tons in 2021.

a week of rest is coming to an end

The company's largest division by revenue is the line and logistics division, about 20% revenue is brought by the port division. Other divisions bring no more than 10% proceeds.

Fesco has more 40 service offices, including in Europe and Asia. The client base consists of more than 12 thousand customers, more than 1.8 thousand of which were attracted in 2021.

The company is well diversified by customer industries and boasts themes., that transports loads of many different types. The largest of them are the products of the chemical industry., metal, timber cargoes and others. 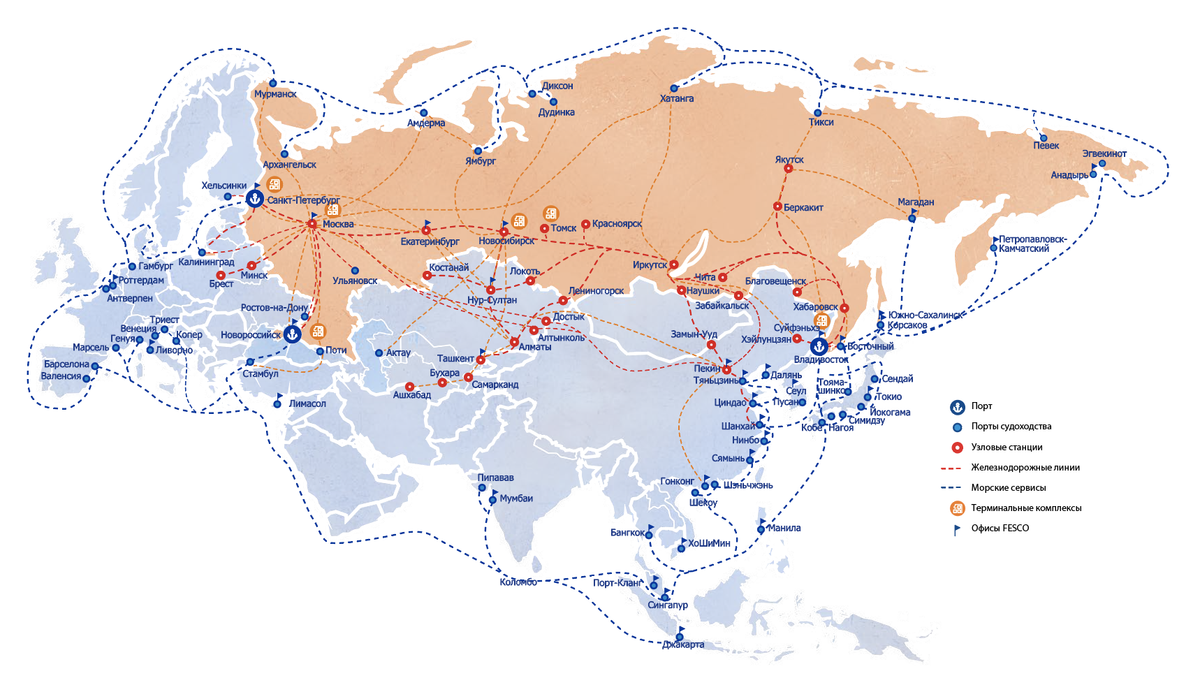 Operating performance of the port division by year

Operating performance of the railway division by year

Operating performance of the marine and fuel divisions by year

Operational indicators of the line and logistics division by year, thousand TEU

Fesco's revenue structure by division for 2021

Structure of cargo types, transported by Fesco customers for 2021

Structure of the Fesco container fleet by type for 2021

Structure of the Fesco fitting platform park by type for 2021

The company's revenue shows a growing trend, particularly large growth occurred in 2021. This became possible thanks to, that in 2021, shipping prices have reached five-year highs.

Fesco's net income is volatile, in 2019, the company even suffered losses, but in 2021 it turned out to show an excellent profit - almost 38 billion rubles. This was also made possible thanks to the excellent price situation..

Amazon operating profit halved, clean – doubled. How did that come about?

Fesco's net debt is gradually decreasing, more than halved compared to 2018. But the company notes, that a significant part of its obligations is tied to the size of the key rate of the Central Bank of the Russian Federation, so debt service in 2022 promises to be more costly. Fesco mentions, As for 40% operating expenses of the company in foreign currency, but this is compensated by about the same share of foreign exchange earnings..

The company counts its history as far as 1880, when a representative office of the Russian Maritime Shipping Company "Volunteer Fleet" was opened in Vladivostok. In Soviet times, Fesco at one point was even the largest transport company in the country.. At the same time, the international name Far Eastern Shipping Company was developed for it. (Fesco).

In 1992 the company was transformed into a joint-stock company. In the 2000s, Fesco actively bought assets to expand its business., thanks to which it entered the segments of cargo transportation in refrigerated containers and management of railway rolling stock. At the same time, PJSC "Vladivostok Commercial Sea Port" was acquired.

In the last couple of years, the composition of fesco's major shareholders has changed somewhat.: among them there is no more Mark Garber and the American TPG Capital. Instead, there were co-owners of Loko-Bank Andrei Severilov and Mikhail Rabinovich, who together now own a controlling stake in the company.

Large shareholder — with a stake 32,5% share capital — Ziyavudin Magomedov, arrested in 2018 on suspicion of organizing a criminal community. Furthermore, there was a corporate conflict between him and the new shareholders.: in 2020, Magomedov announced a raider seizure of the company, the new shareholders accused him of withdrawing a billion dollars from Fesco and initiated legal proceedings on this issue..

Fesco does not pay dividends, Furthermore, Chairman of the Board of Directors of the company and its major co-owner Andrei Severilov in September 2021 in an interview said, that in the next two or three years they should not be expected, as Fesco plans to direct money to business development.

Possible beneficiary of the "pivot to the east". At the end of 2021, the share of the Far Eastern basin in the transshipment of containers amounted to 38%, which is less, than the Baltic Basin, — 45%. For obvious reasons, we can expect a flow of part of the trade turnover from Europe to Asia., which can have a positive impact on the prospects of companies, providing transport services mainly in the Far East, in particular Fesco.

Business development. New major shareholders of the company actively took up the expansion of business and modernization of existing assets. So, in 2021, capital expenditures amounted to almost 24 billion rubles. For comparison: in 2019-2020, they amounted to only about 3 billion rubles.

At the same time, Fesco diversifies investments, updating and increasing the number of assets in different operating divisions. Significant money was spent on expanding the fleet of fitting platforms and containers, renewal of assets of the marine division, VMTP infrastructure and information technology.

Besides, in 2021, control was acquired in LLC "Terminal "Zabaikalsk"" and JSC "Port "Gaydamak"". Fesco plans to combine and modernize the terminals of Femsta LLC and Gaydamak Port JSC in order to provide a new service for the Primorsky Territory - grain transshipment using elevators. Expected, that the work will be completed in 2024 and the total capacity of the terminals will exceed 400 thousand tons of grain per year.

And the market situation of recent years showed a positive trend: the container market in Russia grew in all types of transportation, and high stakes allow Fesco to make good money, what is good for the company in a period of high capital expenditures.

Possible start of dividend payments. This is a medium term factor.: if Fesco starts paying dividends in a couple of years, we can expect a good increase in the company's stock quotes on such news.

Whether or not to "turn to the east" will work. Absolutely not a fact., that our expectations about the growth of trade in the Far East are being realized. There are risks of, that Fesco will not be able to make money on them. Maybe, the increase in the company's operating and financial performance from the growth of trade turnover in the Far East will be compensated by their fall in other regions. So, in April 2022, the container market fell by more than a quarter compared to April 2021.

Low liquidity of shares. Fesco is far from the most popular company on the Russian stock market. The turnover of its shares in May 2022 amounted to only tens of millions of rubles per day. Only at the end of the month, Mosbirzha transferred Fesco shares from the third level of listing to the second. And where there is low liquidity of shares, there are increased potential risks for the investor to buy securities at a not too favorable price or the likelihood of, that they will participate in the overclocking, for example, anonymous telegram channels.

Possible continuation of the corporate conflict. Maybe, mutual misunderstanding between Ziyavudin Magomedov and other major shareholders will reach a new level. Also possible option, that he will sell his blocking stake to anyone, who will have their own view on the further development of Fesco. 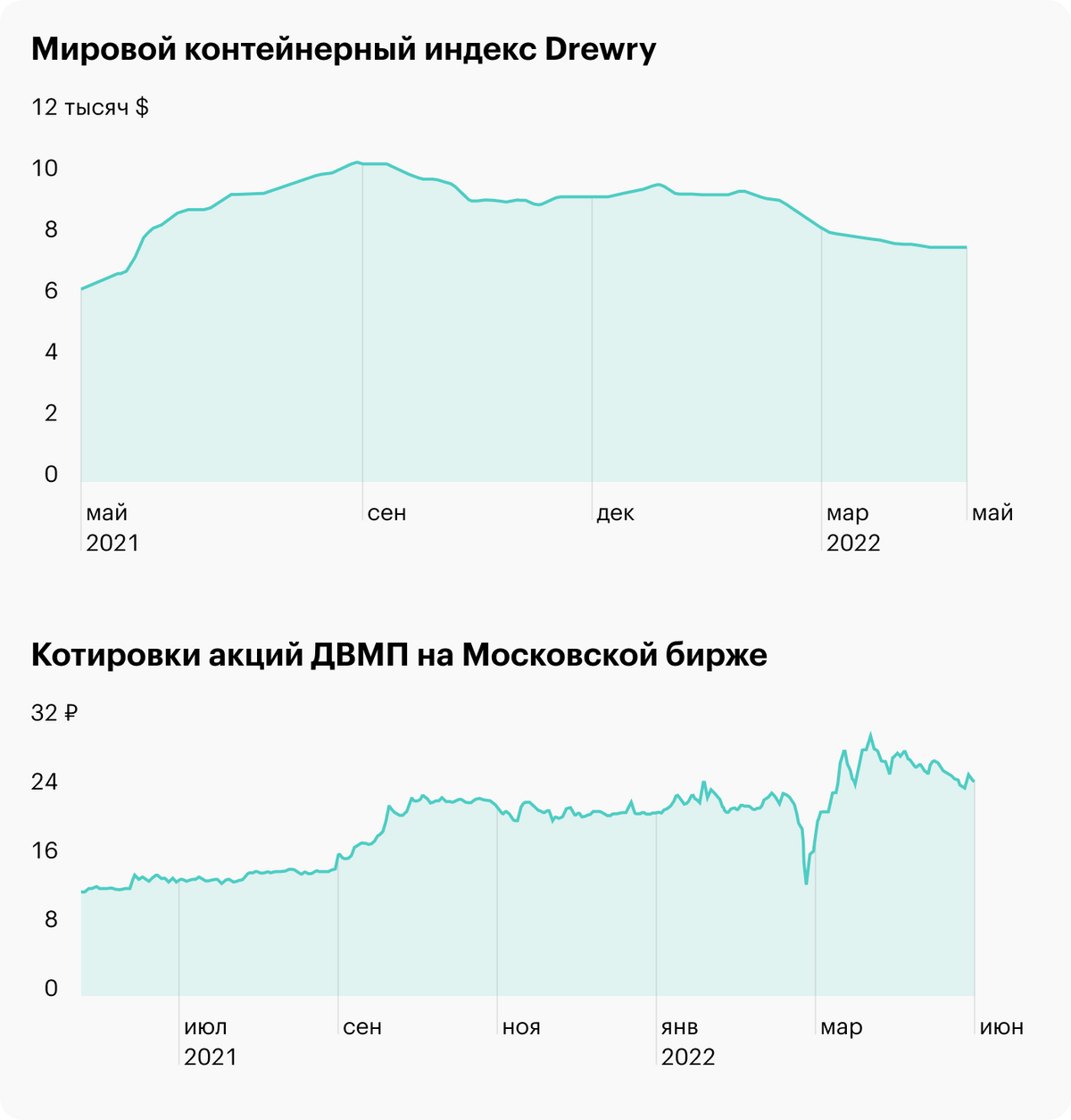 Dynamics of the container market of Russia by types of transportation by year, million TEU

Structure of capital expenditures for 2021

Fesco — diversified transport and logistics business. In 2021, the company has significantly increased capital expenditures and is not going to stop there., planning to actively modernize assets and develop business for several more years.

Fesco has been making good money lately due to good pricing., primarily in the container market. Maybe, the company will be the beneficiary of the reorientation of trade from Europe to Asia. On the other hand, April container market indicators were rather weak, yes, and not a fact at all, that Fesco will be able to improve its performance due to upcoming changes in turnover.

The company managed to reduce net debt to comfortable levels and is quite cheap, but it doesn't pay dividends and doesn't plan to do so anytime soon.. Besides, when investing in Fesco you need to remember, that now its shares have a rather low liquidity, and this carries additional risks for the investor.