Online broker Robinhood (NASDAQ: HOOD) plans to go public 29 july. And although the date of the IPO may still change, we decided to analyze the business of the company on the eve of this event.

Readers have asked us for a long time to start examining the reporting and business foundation of foreign issuers. Suggest in company comments, analysis of which you would like to read.

The review contains a lot of screenshots with tables from reports. To make it easier to use them, we transferred them to google tables and translated them into Russian. note: there are several sheets. And also keep in mind, that companies round off certain numbers in their reports, therefore, the totals in graphs and tables may not converge.

Our main source of information about the company will be the most recent version of its registration prospectus., full of beautiful illustrations in the spirit of the works of the French comics artist Jean Giraud, also known as Möbius. According to the prospectus, the company's revenue is split as follows.

Transactional revenue — 75,1%. This is what, what the company gets from users with their stock transactions, options and cryptocurrencies. The platform does not take commission from users, and the income here comes from the payment for the order flow.

Robinhood sells customer transaction data to large financial companies, trading on the stock exchange, for example Virtu. Receiving data on the movement of requests for shares, these companies get the opportunity to earn, predicting price movement. Robinhood gets here a percentage of the difference between the ask price and the ask price..

If you think, what smells like cheating users here, then not only you think so. Really, the company earns the most, when the difference between prices turns out to be the most unprofitable for the client.

In the first quarter 2021 year, the segment's revenue was divided by type of instrument as follows:

Interest payments — 18,5%. Here the company makes money on clients' deposits and providing them with leverage.. In the first quarter 2021 year, the segment's revenue was divided by type of income as follows:

The total amount exceeds 100%, and that's ok: from this the company deducts the share of its counterparties, providing credit, and the total revenue turns out to be round 100%.

Other — 6,4%. This is a paid subscription to Robinhood Gold, which provides advanced options for replenishment of deposits, analysts, access to market data and margin trading, and also various commissions from users and transfers-refunds, which the company receives.

Robinhood is currently only working in the USA.

The company's profitability jumps, but in general we can say, that it is rather unprofitable. 2020 she finished the year with a final margin 0,77% by receiving a one-time tax deduction, operating margin was 1,44% from proceeds, but in the first quarter she had a big loss.

Value in the eyes of the payer

Robinhood shares will be in the range of 38-42 during the IPO $, which implies capitalization in the area 35 billion dollars. Let's figure it out, how justified is this assessment.

It is important to understand, that the company is unprofitable. This quarter, she predicts a loss in the region of 487-537 million, what will be less, than in 1 quarter, - then the losses amounted to 1,4 billion dollars. Unprofitableness is already a fat minus for any company on the eve of an increase in interest rates and a rise in the cost of loans..

Comparing Robinhood to its biggest competitors, then she is not so far from them in terms of the number of clients: у Charles Schwab 32,3 million active accounts, Fidelity has about 29 million, and in Robinhood - 22,5 million. That's quite a lot, Considering, that Robinhood is much younger than these companies.

Robinhood was born in 2013 year, and at the end 2020 the company had 12,5 million active accounts. And the growth dynamics of Robinhood is truly impressive. 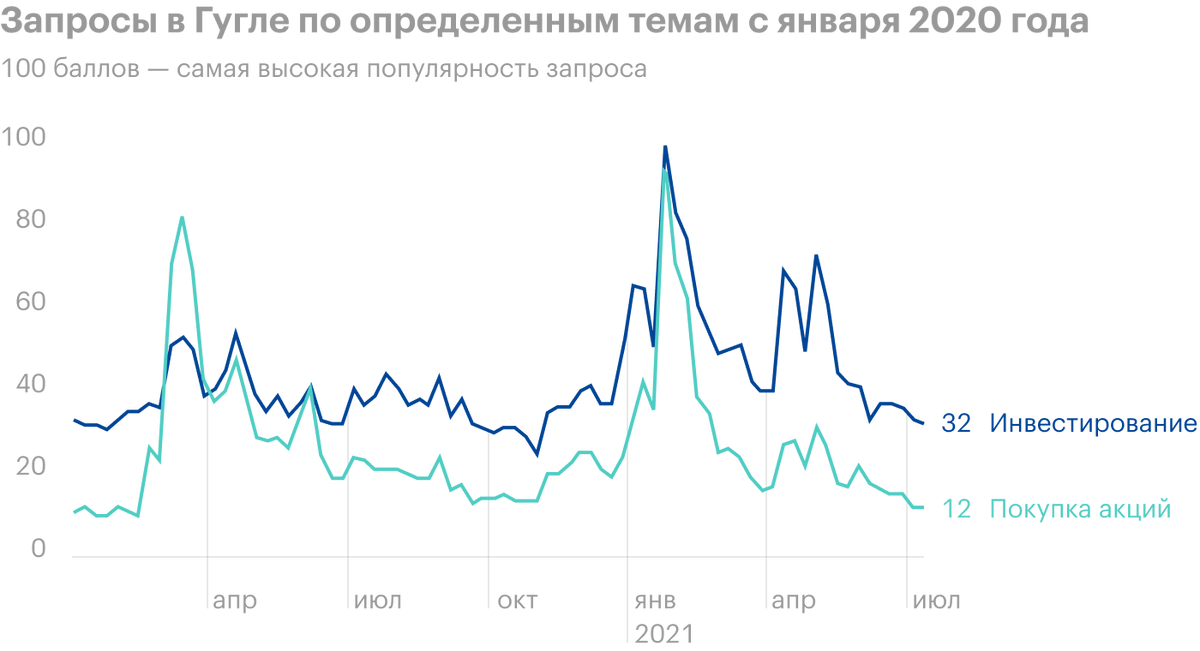 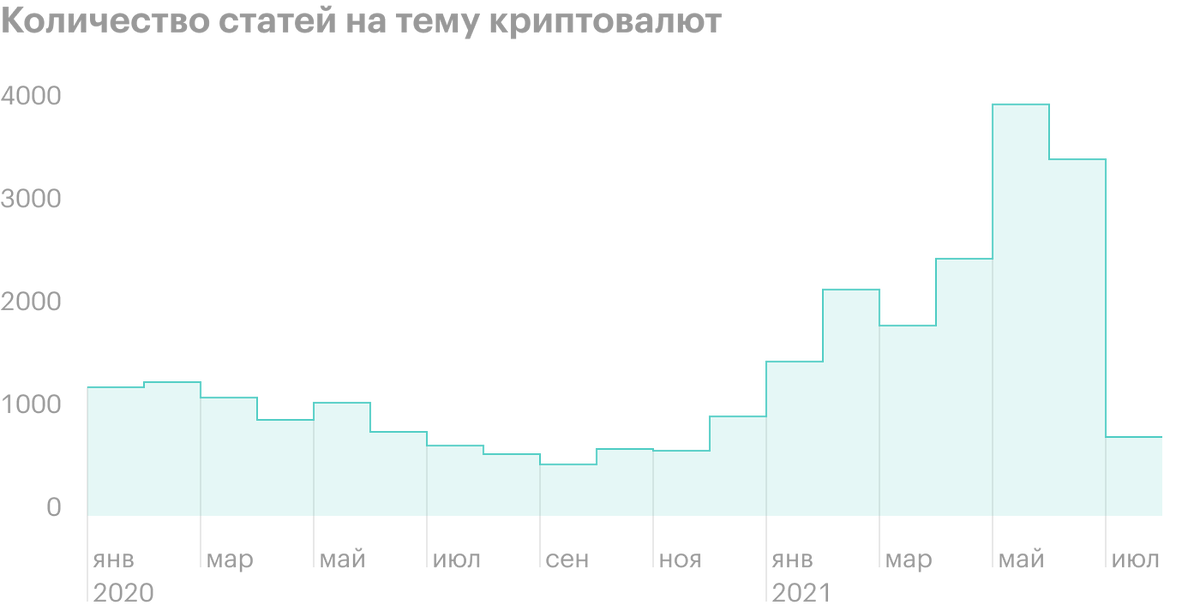 Yes, this is wonderful, but. The growth of the company is impressive, but there are reservations: Robinhood doesn't benefit from a fast growing customer base, as it might initially seem. At Robinhood approximately 69,65% on the number of Schwab clients, but the company's revenue is only 9,2% from the Schwab level. In other words, Schwab is more efficient at extracting money from its customer base, even if it does not grow at the same crazy pace, as in Robinhood.

Will Robinhood be able to maintain the same growth rate in the future?? There are some doubts here.

Judging by some indirect signs: decrease in requests in Google about stocks and a decrease in media attention to cryptocurrencies, - the growth rate of activity on the company's platform may noticeably decrease in the coming months - although here I would like to be mistaken.

However, if you look at such metrics, how to withdraw money from the account and monthly increase in new customers, it can be seen, that now the platform is no longer as popular, like before.

Robinhood's share in the retail investing niche hasn't grown much over the past year and a half, although it is quite noticeable - 37% from the market.

Usually, in the case of different growing startups, the company has the opportunity, that someone bigger will buy it. But in the case of Robinhood, this seems dubious - if you mean the purchase of the company at a price higher 35 billion dollars. It is simply not as effective at generating money from users as compared to peers or competitors..

When viewed in a quarterly context, then TD Ameritrade and E-Trade, when they were independent companies, each received a 500 $ proceeds from the client, Schwab gets on 600 $ revenue per user, and Robinhood - only 137 $. It will not be enough! If we evaluate the expected capitalization of Robinhood from the position of "how much does the client account cost?", then it looks overvalued given the low profitability of these accounts: 1,5—1.6 thousand dollars from Robinhood - compare with 1,8 thousands of dollars at the expense of E-Trade - such profitability was hers, when Morgan Stanley bought it. Obviously, that E-Trade was worth its money, as she pulled out a lot more money from client accounts. Robinhood has significantly less profitable customers..

Robinhood's limited technical and financial capabilities should also be taken into account., which led to, that in the first half of this year the company let users down: her application limited users' transactions with securities of interest. And there were also a number of crashes and software errors., which resulted in losses for many users. As a result, the company had to pay fines and compensations for almost 70 million dollars. I think, that with the expansion of the company, the risks of recurrence of such cases increase - and the scale of damage will certainly increase.

The flow is not there

Payment for the flow of orders from the company gives too large a percentage of revenue - almost ¾ of the total. Charles Schwab only has 5% proceeds. And that's a big problem.

Due to obvious conflict of interest: broker motivated to give clients the least favorable prices, to make money on the difference, - this practice is reasonably considered, to put it mildly, ambiguous.

Now in the USA there are talks about restrictive measures in this direction., up to the ban. Here you should take into account, that in other countries of the Anglosphere - Great Britain, Canada and Australia - broker order flow fees are not allowed. No matter how it turns out, that the same will happen in the USA. Then Robinhood will lose its main source of revenue.

But even if it doesn't happen, the structure of the business itself, based on the sale of information about the flow of orders of its customers, vulnerable to changes in market conditions. This kind of information is valuable mainly during periods of volatility.. This volatility, together with the interest of retail investors, may fall - then the demand for information from Robinhood will fall.. Sure, the company develops other sources of income, but it takes time and money.

However, impoverishment of a significant part of Americans will make speculation on the stock exchange the norm and the increased level of volatility will continue in the long term. So that, think, money for order flow data will pay good money - unless the business is banned or restricted by law. it, however, does not cancel that, that within one or two blocks the market can be relatively calm, what can slow down the growth of Robinhood's financial performance and, respectively, lead to a fall in shares.

Or they can slash down the throat with a razor

The average Robinhood user has about 240 $ - far less, than the user of the same Charles Schwab, - there are users on average 320 thousand in the account. But with such an audience, the company has taken a good niche.: a crowd of greedy and not-so-wealthy investors began to play a large role in the market thanks in large part to Robinhood. And this connection, seem to be, may become even stronger after the company goes public.

According to the survey, Robinhood users in ascending order use the company's app for the following operations:

Industry 35% from shares, which Robinhood plans to put up for IPO, will be reserved separately for sales to the company's clients. This is bigger, than usually happens in such cases: in the course of an IPO, companies usually reserve about 10% shares, the rest is received by banks and funds.

It's hard to say now, how will it turn out, because in similar examples the outcome was very different. Stocks can both rise, and fall - depending on the behavior of investors and the level of technical implementation of the idea. for example, During the IPO, Facebook allocated about 25% shares in 2012 and the shares fell on the day of the IPO. Although in the long run this does not matter much: the same Facebook for the past 9 years rode very far from the IPO price.

Another option is possible with a strong drop in shares from the short by the users themselves. Incidents involving the restriction of operations with popular stocks and the shutdown of the service at an inopportune moment, some of them perceive as an attempt by Robinhood to help its large institutional investors reduce losses, which they suffered from the forays of retail investors on the "memorial" stocks. So no matter how it works, that angry Robinhood users will start shorting her stock. However, stocks may rise: anyway, popular and advertised platform. 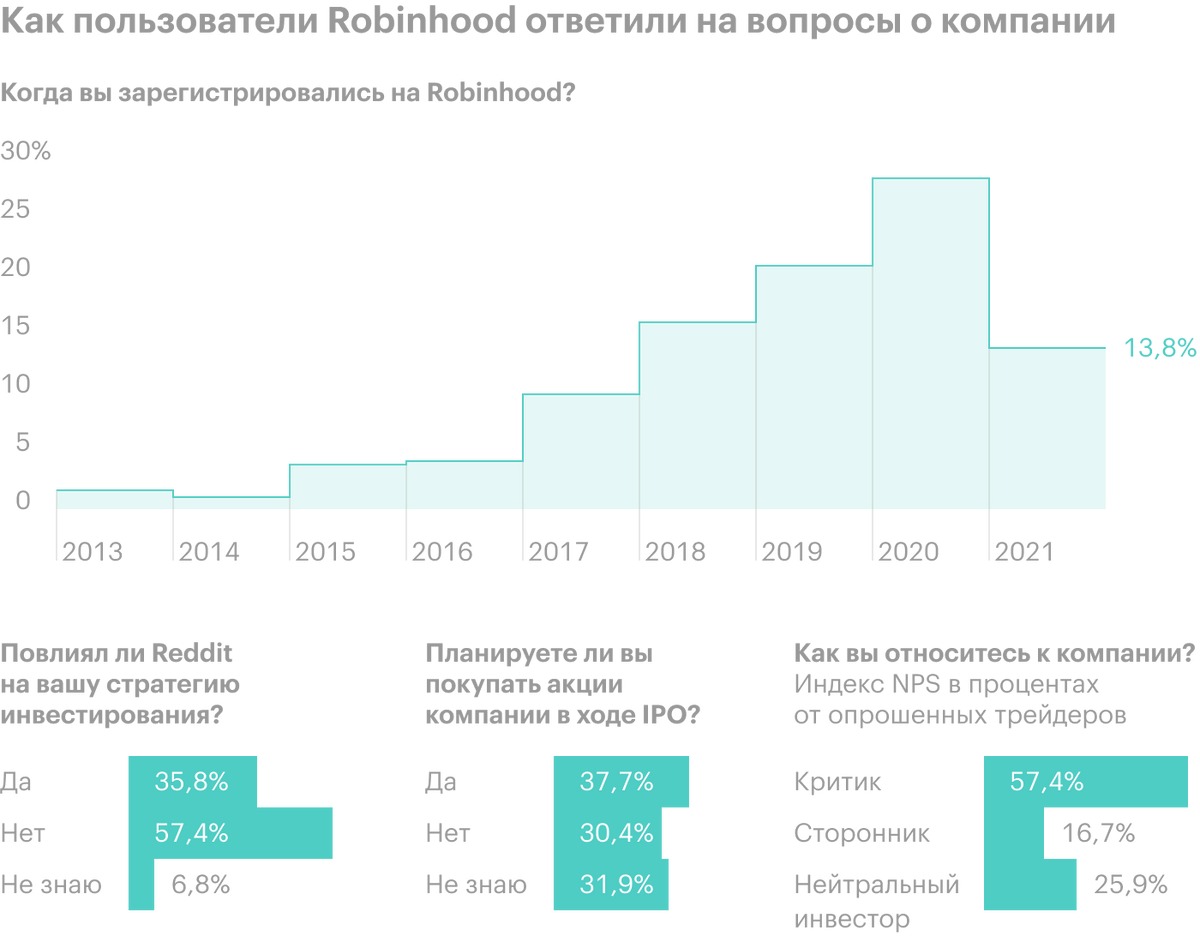 How it is with startups, the company will have two classes of shares - A and B. Class A, who will trade on the IPO, gives one vote per share. Class B shares, which are at the management of the company, give more votes per share. The management of the company - and these people are also its founders - will have 55,3% of votes. This can be a problem, as they can make decisions, which will run counter to the interests of the bulk of minority shareholders. for example, they may refuse to sell the company, or they may engage in a series of costly purchases in order to expand Robinhood's business.

The company is expensive, and its prospects look doubtful, considering the structure of the business. In my opinion, these shares would be of greater interest if, if they cost half as much. Which does not negate the possibility of, that Robinhood IPO will make good money, if speculative demand for these securities is high enough. for example, even in a worse situation Airbnb IPO went quite well.