"Group Positive" (MOEX: POSI) is one of the largest Russian developers of solutions in the field of cybersecurity, which has been operating in its market for about 19 years. The company conducted an initial public offering on the Moscow Exchange in the direct listing mode 17 December 2021, offering investors about 10% its share capital.

IT products of "Group Positive". The company's services are designed to identify, verification and neutralization of real business risks, that may occur in the IT infrastructure of customers. Total in the company's portfolio about 20 Products, of which only five are the most important – they bring more than 90% income.

Clients. Mostly Russian companies, the local market brings about 98% income. At the same time, the company is trying to develop interaction with all segments of the customer base., but she gets the most profit from working for large Russian corporate businesses and the public sector due to large contracts.

In 2020, a Russian company faced an outflow of customers - mainly medium and small businesses - against the backdrop of budget cuts due to the COVID-19 pandemic.

Client base of "Group Positive"

Segmentation of clients of "Group Positive", share in the group's total sales

Market. Cybercrime is a serious problem 21 century. Currently, hackers are taking from the world's GDP about 1% his growth: for example, In 2021, organizations will have to write off more than $1 trillion in losses due to hacker attacks.. That is why the demand for information security in the next few years will only grow..

Dividends. Back in November 2021, the Positive Group announced, what in the future, after IPO, the company intends to distribute the earned net profit to its shareholders. The current dividend policy of the group is closely linked to its debt load:

The Group may pay dividends to its shareholders in the amount of 23–28 R, if the management's forecast for net profit - 1.4-1.7 billion rubles - comes true. The current annual dividend yield is approx. 3%.

Outlook for 2021. The company will earn the main income in the fourth quarter due to pronounced seasonality.

"Group Pozitiv" is a story of growth in the Russian stock market. The company has grown significantly over the past three years, on average, she increased her performance.: in terms of revenue and gross profit 46% in year, by EBITDA - on 76%, in terms of net profit 118%.

COVID-19 has had a strong impact on the company: in 2020, the group began to record an explosive growth in the activity of intruders, which also led to a boom in demand for its products. In 2021, the growth rate of hacker attacks began to slow down., at the same time, the trend towards a quarterly increase in the number of incidents still persists, which allows the company to hope for strong future demand.

High profitability. Many IT companies have very good margins and low costs, which these representatives carry to create their product. For “Pozitiv”, these results are simply impressive - the group shows 85% gross profit margin. For comparison: CrowdStrike has this value 73%, and Palo Alto Networks — 70%.

New securities on the Moscow Exchange for May 2021

Market growth. Cybersecurity is one of the fastest growing and promising IT industries.. At the same time, the growth rate of the Russian information security market in the next few years will be much higher than the global market due to the support of domestic software developers from the state. 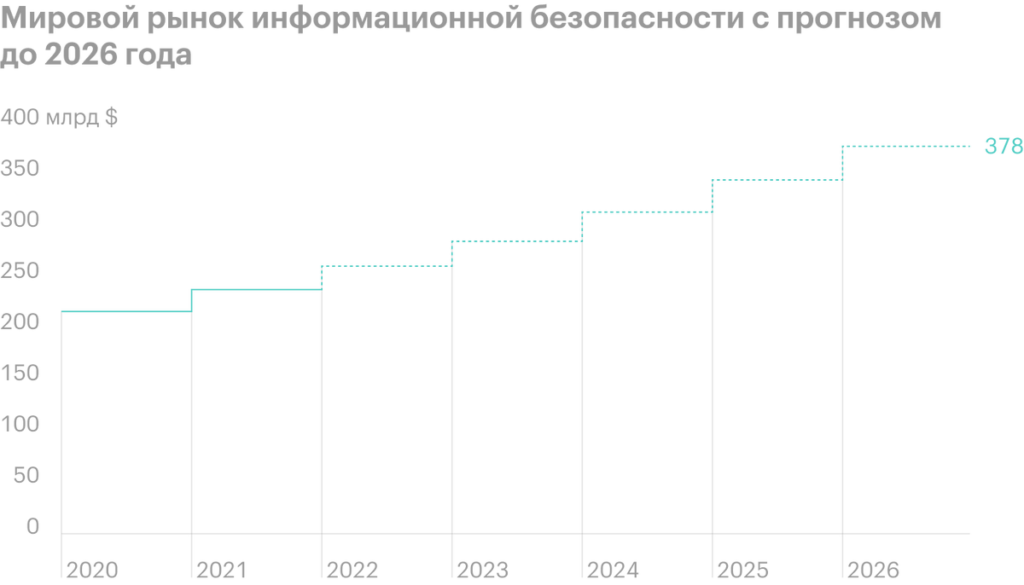 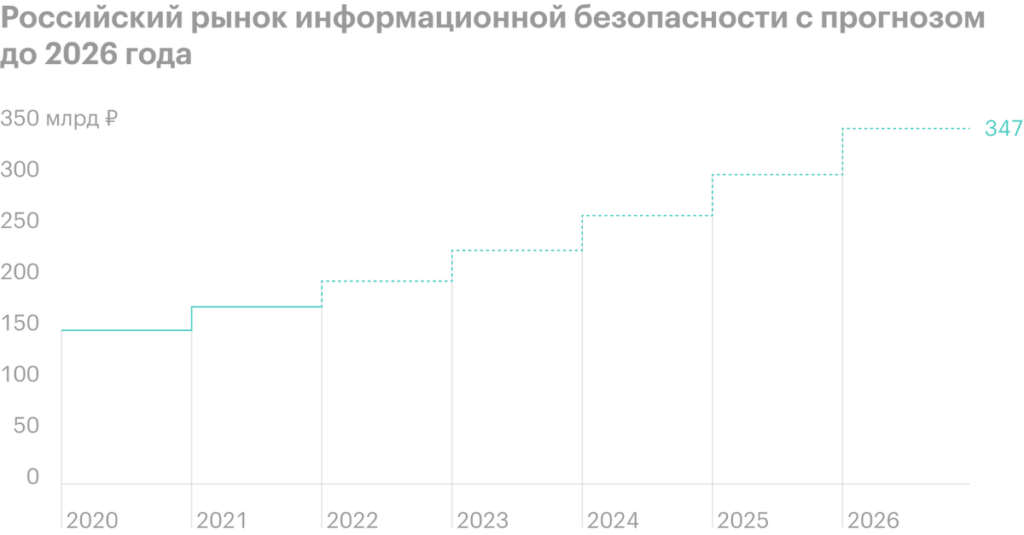 Strong forecast before 2025. In addition to the forecast for the current year, management also disclosed its medium-term plans and targets until 2025. The group counts, what is due to the development of digitalization in the Russian Federation, digitalization and the transition of many Russian companies to domestic software, it will grow at the level of previous years - this is approximately 40% in year.

Friendship with the government. "Group Pozitiv" is already now a key partner in the Internet environment for the Russian authorities. The company provides cybersecurity of key events in Russia: Olympics in Sochi, FIFA World Cup, Russian presidential elections, Universiade in Kazan and Krasnoyarsk, elections to the State Duma.

Seasonality. The results of the "Positive Group" are seasonal in nature - the company's income, usually, increase in the second half of the year. This is due to the fact, that most orders usually close by the end of the year due to the scheduling and budgeting calendar cycle in the Russian Federation.

Sanctions. In early 2021, OFAC, the Office of Foreign Assets Control of the US Department of the Treasury, imposed sanctions against a subsidiary of the Positive Technologies JSC group, restricting its access to global financial and commodity markets. In the future, there is a high probability, that the whole group can fall under sanctions: for example, in case of escalation of the conflict in Ukraine.

Positive Group is a growing asset in the Russian market, which until 2025 should grow annually by 40%, according to management forecasts. Unlike past IT placements in our market - "Cyan" and the failed IPO of "Delimobil", the current one doesn't look that expensive. A plus, unlike the other two companies, "Positive" is already making a profit for its shareholders.

Investors, who did not have time to buy the shares of the group at the IPO, it is worth waiting for the correction. Appraisal looks good 20 annual EBITDA or 714 R per share, which all investors could observe in the first 5 trading minutes 17 December 2021.