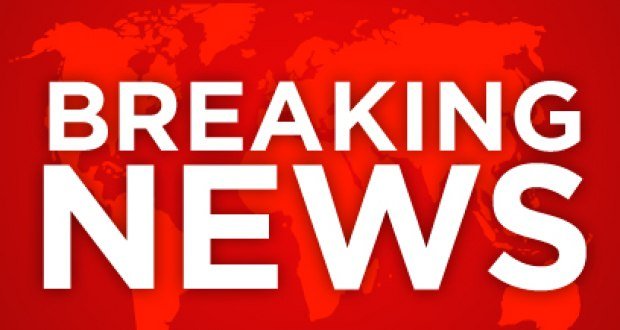 ● Белый дом заявил, that falling tax revenues will lead to, that the budget deficit will increase to $702 billion this year, What's on $99 billion above, than predicted at the end of May. ● Apple may be forced to delay shipments of new iPhones due to problems, arising during the production of the fingerprint sensor, which the company tried to improve, writes MarketWatch with reference to informed sources. ● American banks are finally starting to feel the benefits of higher interest rates. Квартальные результаты четырех крупнейших кредитных институтов США оказались лучше прогнозов экспертов. ● Bank of New York Mellon Corp. (NYSE: BK) назвал бывшего исполнительного директора Visa Inc Чарльза Шарфа своим новым CEO.

● EU antitrust regulators blamed Israeli drug manufacturer Teva (NYSE: TEVA) in an illegal deal with Cephalon, to delay the time-to-market of a cheaper generic version of the sleep disorder. The European Commission reported, what a deal, maybe, pushed up prices for the drug Modafinil. Teva stated, strongly disagree with the Commission's analysis. The company can be fined for 10% from its global turnover, if she is found guilty of violating EU antitrust rules. IN 2016 G. the company received revenue in the amount of $21,9 billion.
● Church & Dwight Co. (NYSE: CHD) on Monday announced a deal to buy irrigator manufacturer Water Pik Inc. behind $1 billion in cash.
Chicken Soup for the Soul Entertainment Inc., who calls himself a provider of video content "for bringing out the best in the human spirit", stated on monday, that he applied for an initial public offering and is going to raise up to $30 million. Компания подала заявку на листинг на бирже Nasdaq под тикером CSSE.
● Canadian mining company Dominion Diamond Corp. (NYSE: DDC) reported on monday, that she agreed to a purchase offer from The Washington Companies for $14,25 per share in cash or $1,2 billion. This price represents a premium in 44% to the share price of Dominion 17 Martha.
● BlackRock Inc. (NYSE: BLK) announced the receipt in the II quarter of profit in the amount of $857 million ($5,22 per share), compared to profit $789 million ($4,73 per share) a year earlier.
● J.B. Hunt Transport Services Inc. (NASDAQ: JBHT) announced the receipt in the II quarter of profit in the amount of $98 million (88 cents per share) compared to $105 million (92 cents per share) a year earlier.
● Sienna Biopharmaceuticals announced the parameters of its first public offering. Biopharmaceutical company, specializing in dematology and aesthetics, stated, what plans to sell 4,33 million shares, to raise up to $ 69.3 million. The company expects, that the IPO will take place in the range from $14 to $16 per share. If the underwriters use the provided options to purchase additional 650 thousand. Shares, the company can attract up to $79,7 million. Expected, that the securities will be traded on the Nasdaq exchange under the ticker SNNA. The leading underwriters are J.P. Morgan, Cowen и BMO Capital Markets.
● Bitcoin Core developers warn about the threat to the stability of the network
● India will regulate cryptocurrencies as digital assets
● After the auction, we will see the reports of the most interesting company Netflix (NFLX).Analysts predict the release of good financial indicators on it. However, for Netflix, the most important metrics are not profits and revenues., and above all the number of new subscribers. But here everything may not be so good. The company itself predicts the growth of subscribers on 3,2 million. But this figure is much less than previous indicators. (+5,8 million. for the 1st quarter 2017 of the year), and even if it will be just like that, far from a fact, that it will satisfy the market participants.
● Trian Fund Management hedge fund confirmed, that he applied for the appointment of Nelson Peltz (Nelson Peltz) to the Board of Directors of Procter & Gamble (PG).
● China's GDP grew by 6,9%, exceeding the government forecast, largely due to the unexpected rise of the real estate market.
The price of bitcoin has dropped to $1836, although still 11 June reached $3000.
● Investors of Banco Popular intend to sue, despite, that Santander, bought a collapsed bank, proposed a compensation scheme in 1 billion euros
● IBM on Monday introduces a new line of mainframe computers, who will encrypt data within the system all the time and automatically follow international regulations regarding data protection
● San Marino will be the first country, where 5G communication will be established. Experiment in a mini-state with a fairly soft regulation will be conducted by Telecom Italia Mobile
● Dow Jones inadvertently shared personal information about 2,2 million subscribers of their publications, including The Wall Street Journal
● Uber suspends operations in Macau due to increased regulation and competition with local startups
Results of the week and debriefing