1 February Alphabet reported for the fourth quarter of 2021, also announced a stock split. In the postmarket, the paper grew by 9%.

And here is how revenue grew in the main operating areas.

Even in its report, Alphabet announced a stock split. It will be held in July 2022 in the ratio 20:1. After the split, the share price will decrease by 20 once, and the number of shares held by holders will increase proportionally, from one to twenty. The market capitalization of the company will not change..

Split will be carried out for all classes of shares: Class A give one vote, Class B — 10 of votes, Class C non-voting. Class B stock held by founders and early investors, and they are not traded on the stock exchange.

Usually split is carried out by issuers, whose shares are worth hundreds or thousands of dollars. So they want to attract even more retail investors. For example, if Alphabet split today, then the price of its shares would fall from almost 3,000 to 150 $.

In 2021, Alphabet shares performed the best of any big tech and rose by 65%. At the beginning of 2022, the company's papers first sank amid a general sell-off, but after the report grew up to 2990 $ and are trading near the all-time high. 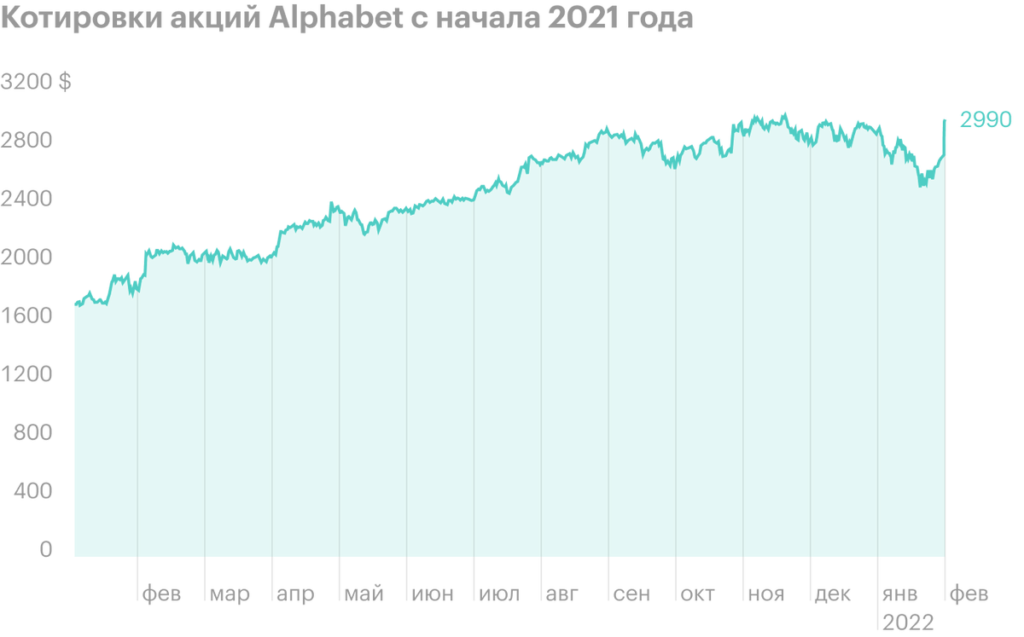 Fundamental analysis of the company

​​ $SPCE Why Virgin Galactic Shares Fall Again? Will Virgin Galactic conduct space flight tests next month or not? Space tourism company Virgin Galactic plummets for second straight session on Thursday, closing on 3,8% Fall, and a fraction of a percent lower on wednesday.   Investidea: Hostess Brands, since let them eat cakes

Teladoc (NYSE: TDOC) - American site, on which clients are provided with services in the field of telemedicine. The company shows a good level of improvement, but the limitations of the format do not allow this sector to be considered truly promising.. And this is not good news for the owners of the company's shares..   Fundamental analysis of the company

We conclude our conversation with Maxim Zakharov - an algorithmic trading professional. FirstSecond Lifestyle of an exchange lonerStrategy of cubes It would be necessary to lay strawsLess timeframe - more secretsOil futures Lifestyle of an exchange loner - You are a member of the club of algorithmic traders? - Not, i'm a loner. But we have a certain company, which used to periodically meet at Smartlab conferences, while they were.   Investidea: Hostess Brands, since let them eat cakes

We end the conversation with Maxim Zakharov, an algorithmic trading specialist. 1-2nd Lifestyle of an exchange lonerTactics from cubes It would be necessary to lay strawsLess timeframe - more secretsOil futures Exchange loner Lifestyle - You are a member of the club of algorithmic traders? - Not, i'm a loner. However, we have a certain company, which previously gathered from time to time at Smartlab conferences, while they were.   European stock market giants are fighting for primacy in passive investing