The Bank of Russia summed up the results of trading for February and March. Regulator revealed, who exactly bought Russian stocks on the decline, and how much money individuals took from banks.

For March, the Mosbirzhi index added 9% after falling by 30% in February. All market segments have grown, but only the chemical industry won back the February drawdown completely. The reason: high demand for fertilizers.

Non-residents sold the most shares in February, and bought - ordinary retail investors. In March, the composition of buyers and sellers completely changed. Non-residents were forbidden to sell, and their place was taken by local investors. Almost all shares were purchased from investors by systemically important banks.

The share of different participants in the total trading volume in March also changed compared to February. The share of banks increased from 0 to 10%, retail investors with 44 to 58%, while the share of non-residents fell from 45 to 8%. 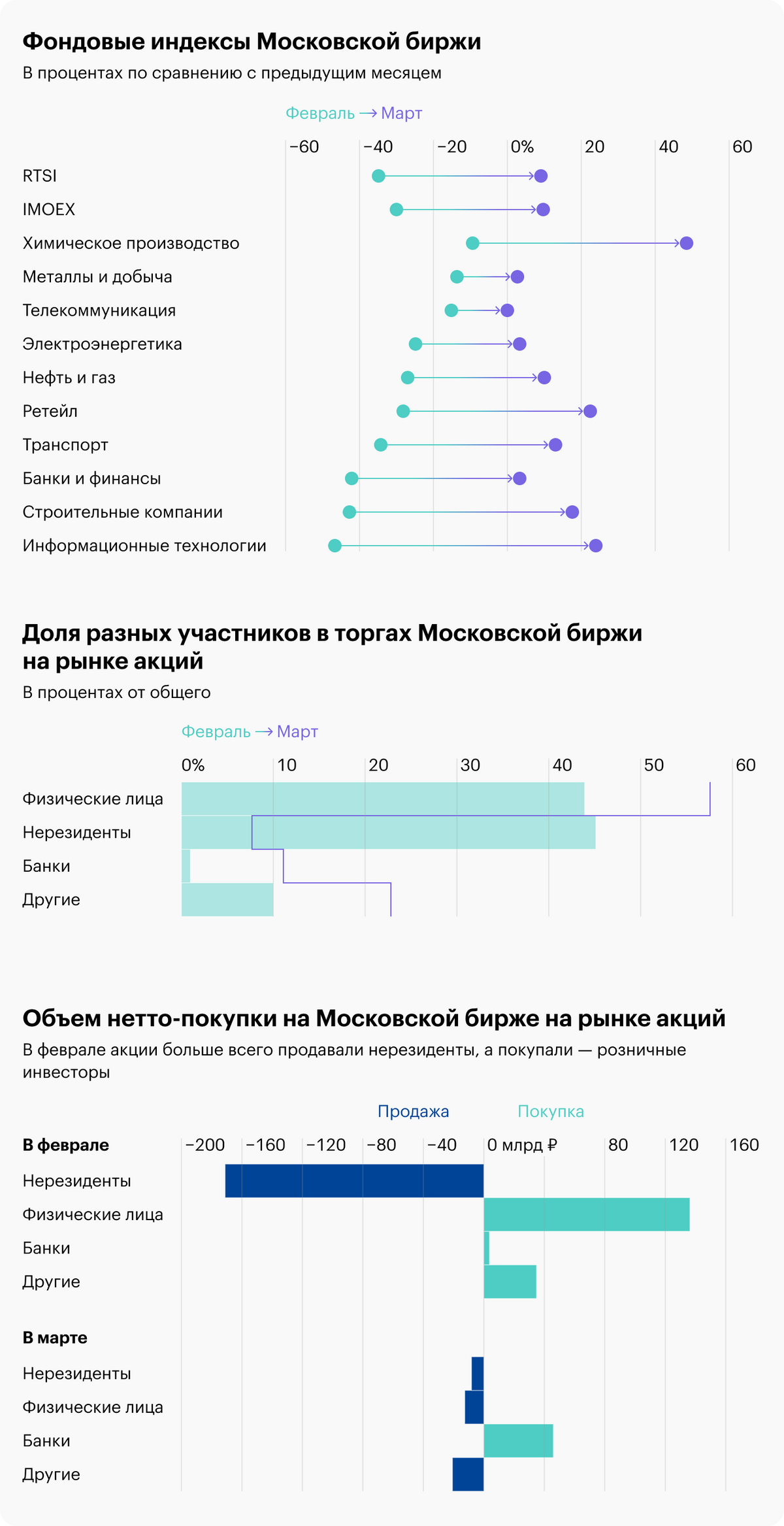 Newcomers bought stocks "in the expectation of growth"

Retail investors were net sellers of shares in March. That is, the total amount of sales was more, than the amount of purchases. At the same time, there were many fewer sellers., than buyers. Probably, big players sold shares to a large number of investors with modest portfolios.

For example, Beginners, who entered the market in 2022. There were many more buyers in this group, than sellers. So, 24 March bought 109 thousand newcomers, sold - only 18 thousand. The volume of purchases in money was also higher, than the volume of sales. The Bank of Russia suggested, that new investors came to the market in anticipation of its further growth. 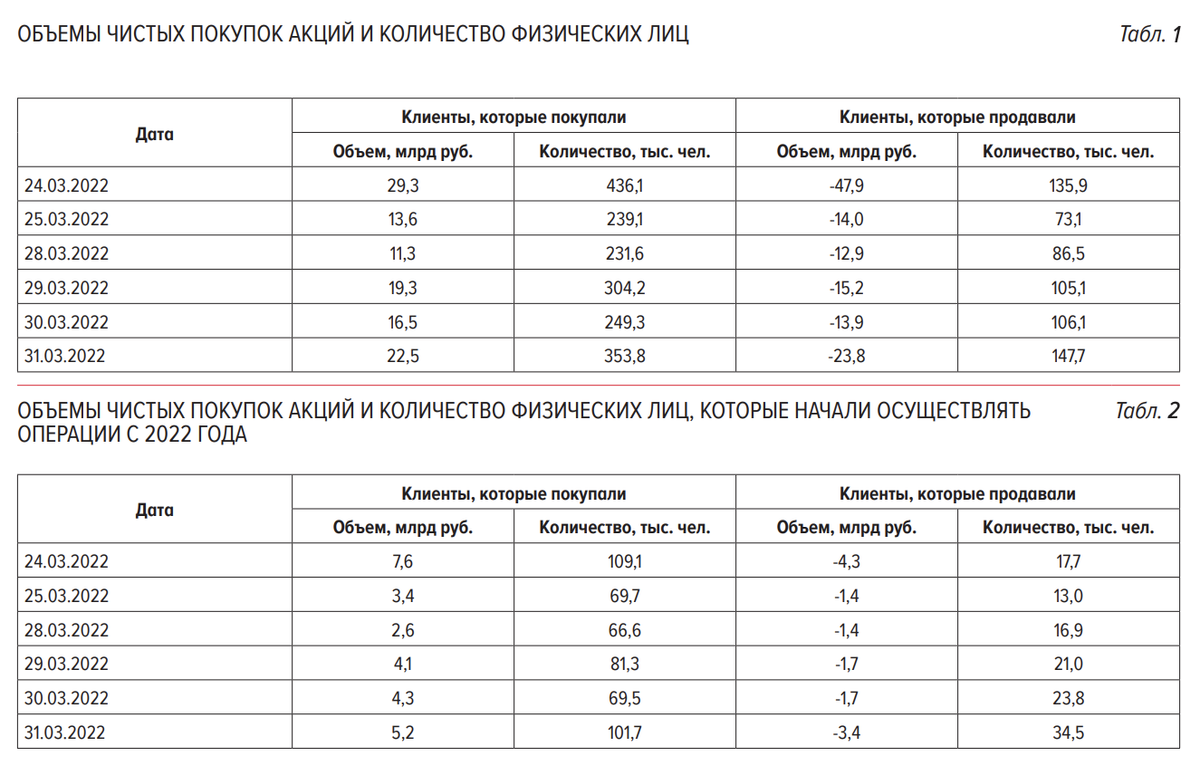 Individuals got rid of the currency

With 1 on 22 February, individuals mainly bought foreign currency. BUT 23 february the trend changed. From that day until 31 March net sales of currency, i.e. sales minus purchases, on the stock exchange amounted to 180 billion rubles, in banks — 390 billion rubles. During this period, the dollar traded in a range of 80 to 120 R, therefore, many sellers could make good money. 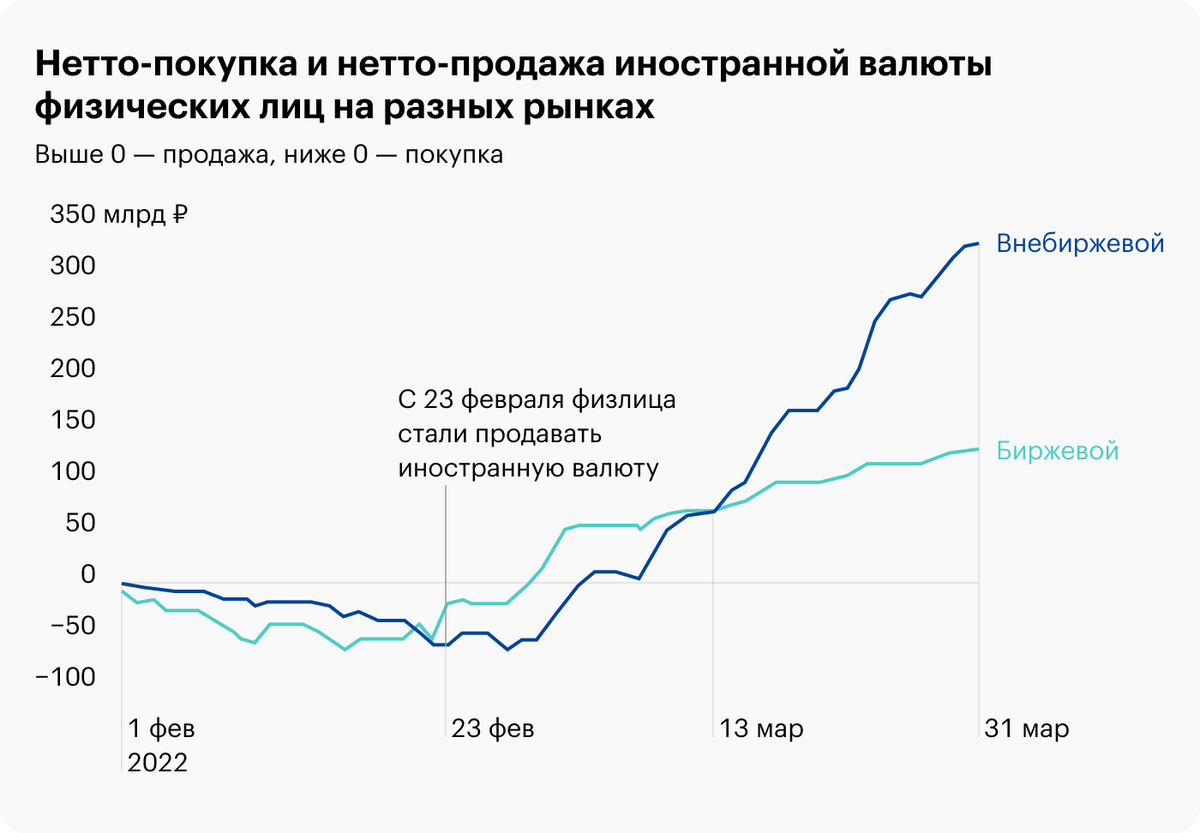 In January and February, physicists took about a trillion rubles from bank deposits. In March, after raising interest rates, they began to return. In a month, individuals returned about half of the amount - about 500 billion rubles. Part of this money they received through the sale of foreign currency. 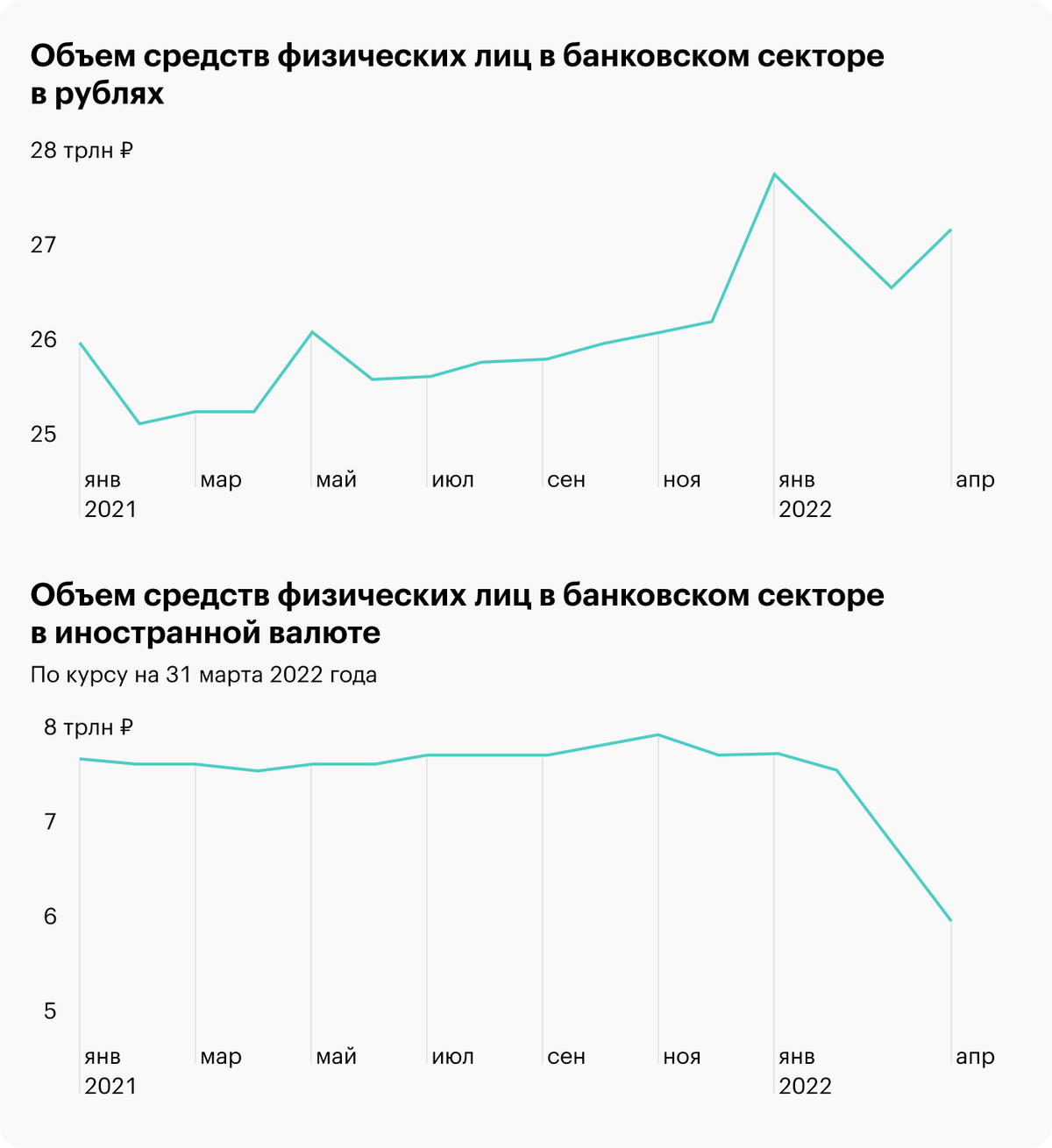 ​​ $NOK That's why Nokia shares soar Investors welcomed the company's growth, dealing with networking, through 5G. Nokia shares jumped by 11% on Thursday after, how a telecommunications equipment manufacturer posted surprisingly strong first quarter results.   How to get to zero when catching falling knives.

Teladoc (NYSE: TDOC) - American site, on which clients are provided with services in the field of telemedicine. The company shows a good level of improvement, but the limitations of the format do not allow this sector to be considered truly promising.. And this is not good news for the owners of the company's shares..   Buffett bought a stake in HP. The company's shares rose by 10%