Gerald Loeb (Gerald Loeb) made a name for himself as a top-notch specialist for the sale of securities, and Forbes magazine once called him "the most quoted man on Wall Street.". His book "The Struggle for Investment Survival" (The Battle for Investment Survival), published in 1935 year, considered a classic, and the first edition was sold in 250 000 copies. The main reason for her success – the book is written alive, in plain language, which did not require such mental ability, как опубликованная в 1934 year book by Benjamin Graham "Securities Analysis". Lobe's strong point – mass marketing, giving you the opportunity to become a regular Investor Joe. Consider the following metaphor, addressed to the novice investor: “One should limit his first cooking efforts by boiling eggs.; nobody starts with Baked Alaska, no matter, what a great dessert it can turn out later ”.

Lobe was born in 1899 year, его отец, French wine merchant, lost his business during the San Francisco earthquake in 1906 year. Gerald Loeb's investment career began in 1921 year from the sale of bonds at a brokerage firm in San Francisco, California, he is known for, that he refused to sell any security, which he had no confidence in. A few years later, he was already working in New York for Company E. F. Hutton & Co., where he was made a partner at a young age – 30 years. Как и некоторые другие счастливцы, Loeb foresaw collapse 1929 years and sold all his deposits and deposits of his clients before the crisis. In the same year, he was appointed Deputy Chairman, the position he held until his retirement in 1965 year. In the 30s and later, he was distinguished by the fact, that he was a sane securities seller, wrote a few more books, his articles were published by Barron’s, The Wall Street Journal и Investor Magazine, and he also wrote a column in the newspaper called "Lobe on Wall Street".

Despite, that he worked for a brokerage firm, Loeb quite rightly said: “People expect too much from investing. They think wrong, that their money should always "work". According to Lowe, у тех, who put it off and were able to limit their losses to inflation, things were going well. While its Books criticized for lack of technical guidance, he compensated for this with practical advice: “Travel is a wonderful education, and education today – this is a wonderful hedge for those, who can benefit from it ”. 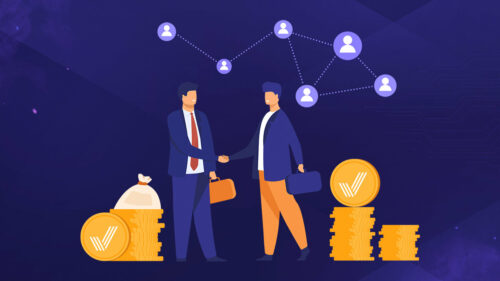 Imagine, that you are on the plane and you have a choice – go left, to the cockpit or to the right, to the salon. There are many buttons and levers in the cockpit, control over the situation. But you need to learn aerobatics for many years.. Comfortable seats in the cabin, porthole, table for food or magazine.   Quotes : Джеймса Дайсона

Cryptocurrency – these are digital assets, which is not expressed in paper money and exists only in electronic form. It is a mathematical code, protected by a special cryptographic technology, Signature. Hence the name of this digital money..   The Grail of Tim Sykes