Clothing and footwear manufacturer Levi Strauss has released its financial report for the third quarter of 2021.. Comparing with the previous year:

Levi Strauss revenue ups across all sales channels in the third quarter: retail sales added 34%, wholesale — 45%, digital - 10%. Digital sales accounted for one-fifth of total quarterly revenue. Revenue grew the most in the Americas, up from 52%. In Europe and Asia — on 27 And 34%.

Relative to the pre-crisis 2019, sales of Levi Strauss added 3%. During the quarter, approximately one in ten of the company's stores were still closed due to restrictions.. By early October, the share of closed stores decreased to 4%.

After the easing of quarantine restrictions and with the start of the new school season, the demand for casual wear has increased. Many manufacturers with factories in Vietnam are not ready to support such demand: another outbreak of COVID-19 in the country. So, Nike, Columbia, Deckers and Capri in Vietnam make half of their clothes. Levi doesn't have this problem.: Vietnamese factories account for 4% from the total production of the company.

“The supply chain is our competitive advantage. We can move products very quickly. We have diversified our production in the last 18 months", - said the head of Levi Strauss.

Plus leggings and shorts.

Levi Strauss looks to enter fast-growing and marginal sportswear market. In a report, the company announced the purchase of the Beyond Yoga brand for $400 million.. As calculated in Levi, the division will add more than $100 million to revenue in the next fiscal year.

"We've been thinking about a takeover for a long time., and the sportswear market looked attractive. There is a lot of growth potential in this segment.”, — explained in the company.

Beyond Yoga's revenue has doubled in the last three years. Levi Strauss executives suggest, that the new brand will help the company increase sales among women and, surprisingly, office workers: “People are returning to the office, and you don't see the suits anymore. You see, that people enter the office in casual and even sportswear. And it's a global phenomenon.". 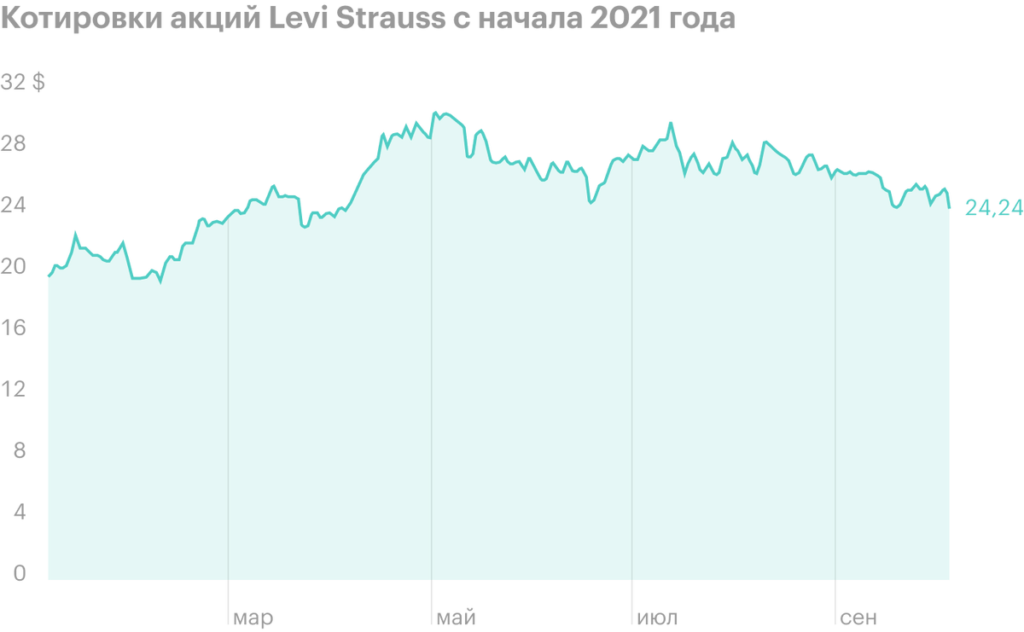