Thought, thought and came up with some bullshit. Looking at schedule TLT, and who doesn't know, this is the etef on US bonds for 20+ years, doubted, is it worth buying or not. Meaning long-term shareholding, for several years. Out of doubts, such a plan was realized — решил продать the road deep in money on TLT, with expiration 16 June 2017 year on $10,15 (strike 130).

1)If the price goes down, then in the end TLT shares will be acquired at a price $130, but since the prize has been received $1015, then the true value of the shares will be $119,85. And that's quite good, at least in today's view, as if I bought shares today, and I wanted to do it, I would pay for them $122,37.  Then sell colas on them and receive dividends for the shares every month.

2) If the price stays in place or rises slightly (to $130), then there will be some profit. Further, sell the bonds again.

I.e, the logic is — because I doubt, whether to acquire TLT or not, then it will be as it goes — shares will be purchased at a discount from the option, so let it be then, but not acquired, so even better — I will earn some kind of bonus without purchasing shares. We'll see how it goes, In general :)

It's always easy to criticize 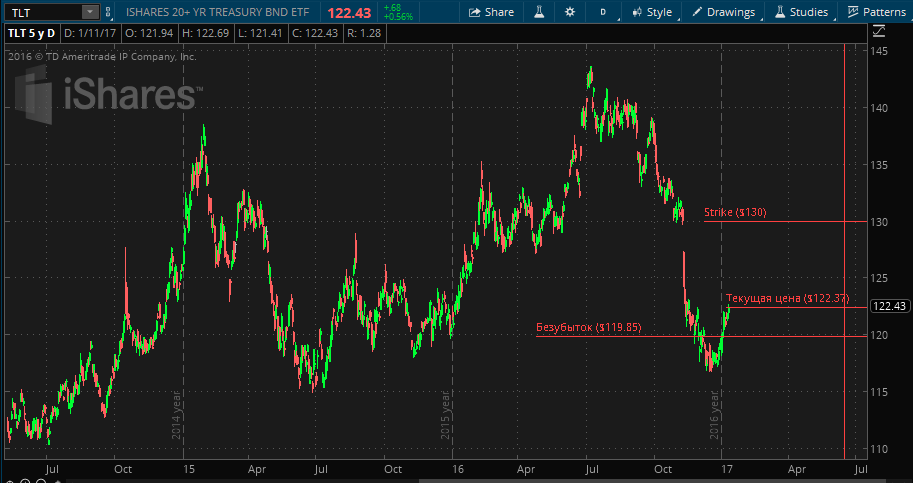 Teads company, spun off from Altice to offer advertisers and publishers a digital ad platform, announced the withdrawal of the appeal for the IPO.   Investidea: CyberArk Software, because the cyber ark