iRobot CorpIRBT57.90 $BuyService in partnership with Tinkoff Investments. Quotes are updated every 15 minutes

iRobot (NASDAQ: IRBT) is an American manufacturer of robots for the consumer sector. The company's shares fell sharply, but it has prospects. Although problems with production in China may adversely affect its reporting.

iRobot designs and sells cleaning robots, as well as accessories for them, but third-party companies in China and Malaysia are engaged in production. iRobot also has Root robots to teach kids how to code, but their share in the revenue is so insignificant, what the company does not say, how much they occupy in the total sales structure.

According to the annual report, 89,39% the company's revenue comes from robotic vacuum cleaners, and 10,61% – robots for wet cleaning.

Through direct sales, the company receives 12%, and 88% sales are made through retail chains. 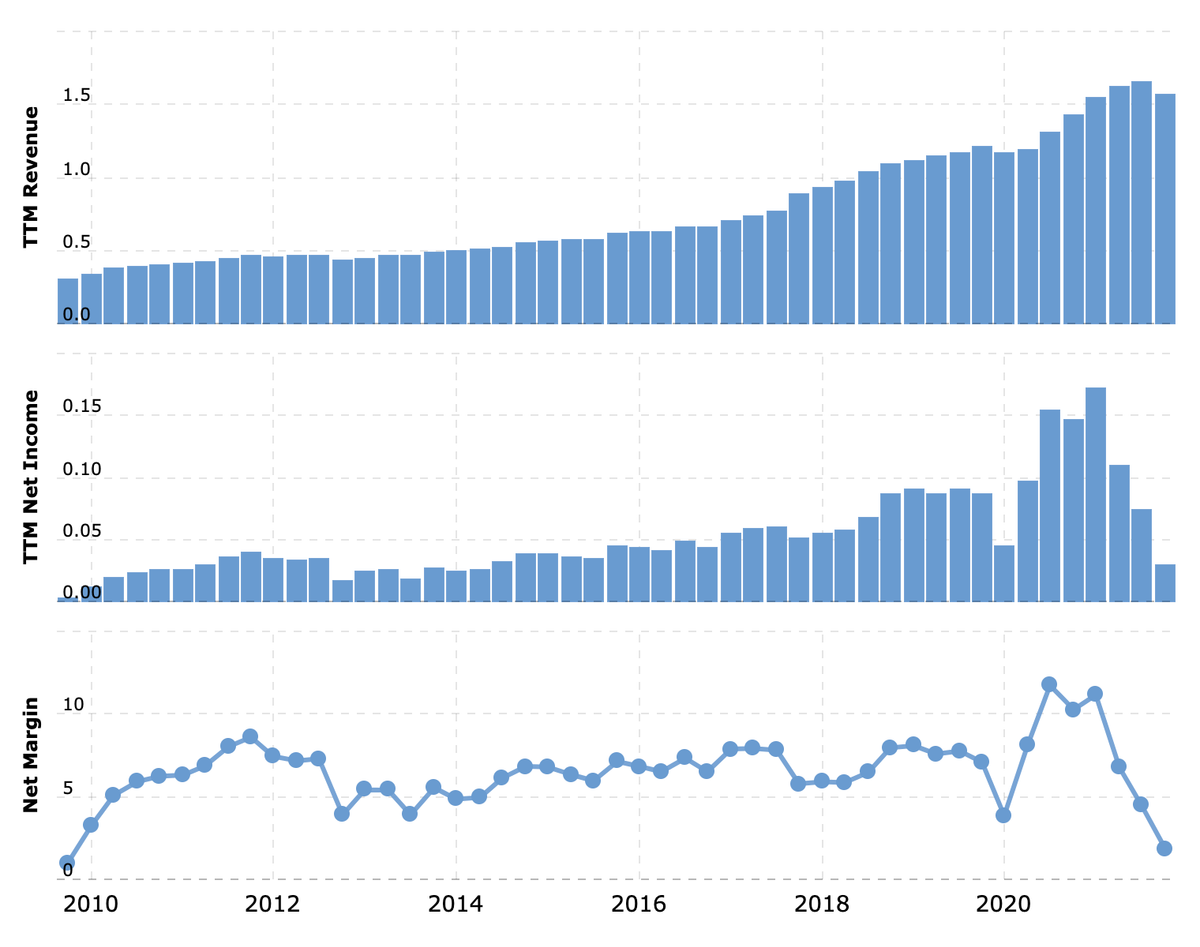 Something there about the uprising of the machines. The current situation in the US labor market in low-skilled areas may lead to a large-scale reception of the company's robots in America.

iRobots mainly do house cleaning. But, Firstly, no reason to count, that the corporate sector will not be able to take advantage of these robots. And secondly, the rise in the cost of labor in the United States, in principle, leads to an increase in the cost of the work of housekeepers, so the upper middle class may well start moving to robots en masse. 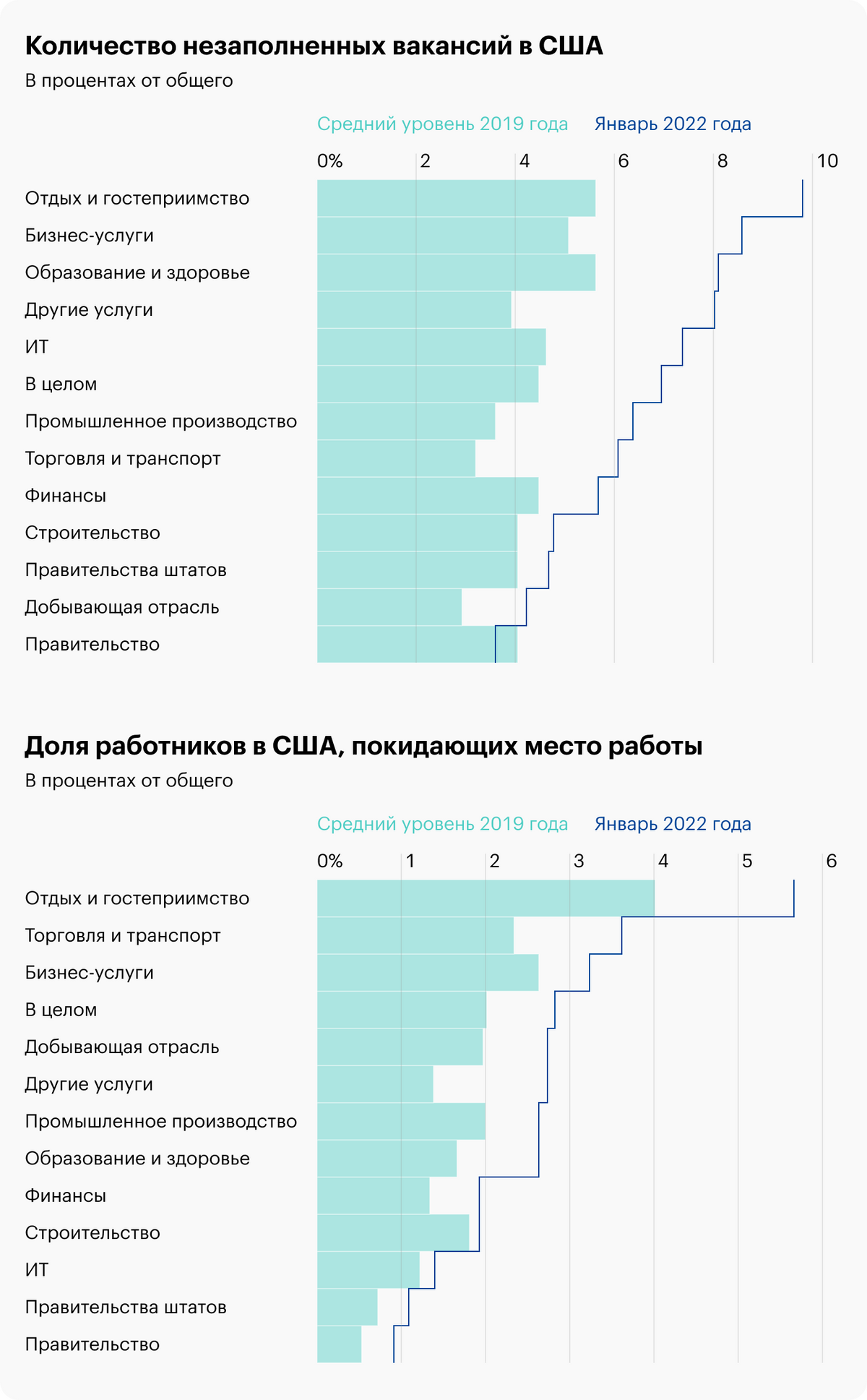 Position. The company has a huge market share in its niche of robotic vacuum cleaners.. At the same time, in absolute terms, it is very inexpensive.: capitalization of only 1.5 billion. Together, these circumstances make the company very attractive for a takeover by some consumer electronics manufacturer..

Logistics. Most of the company's manufacturing contractors are located in China and Malaysia. It has its own problems., but tactically there are positive moments: in these countries, the cost of production is still growing significantly more slowly, than in developed.

This does not mean, that iRobot management can relax, - it’s just that the company’s costs may turn out to be somewhat lighter compared to those, whose production is located mainly in the USA and Europe. 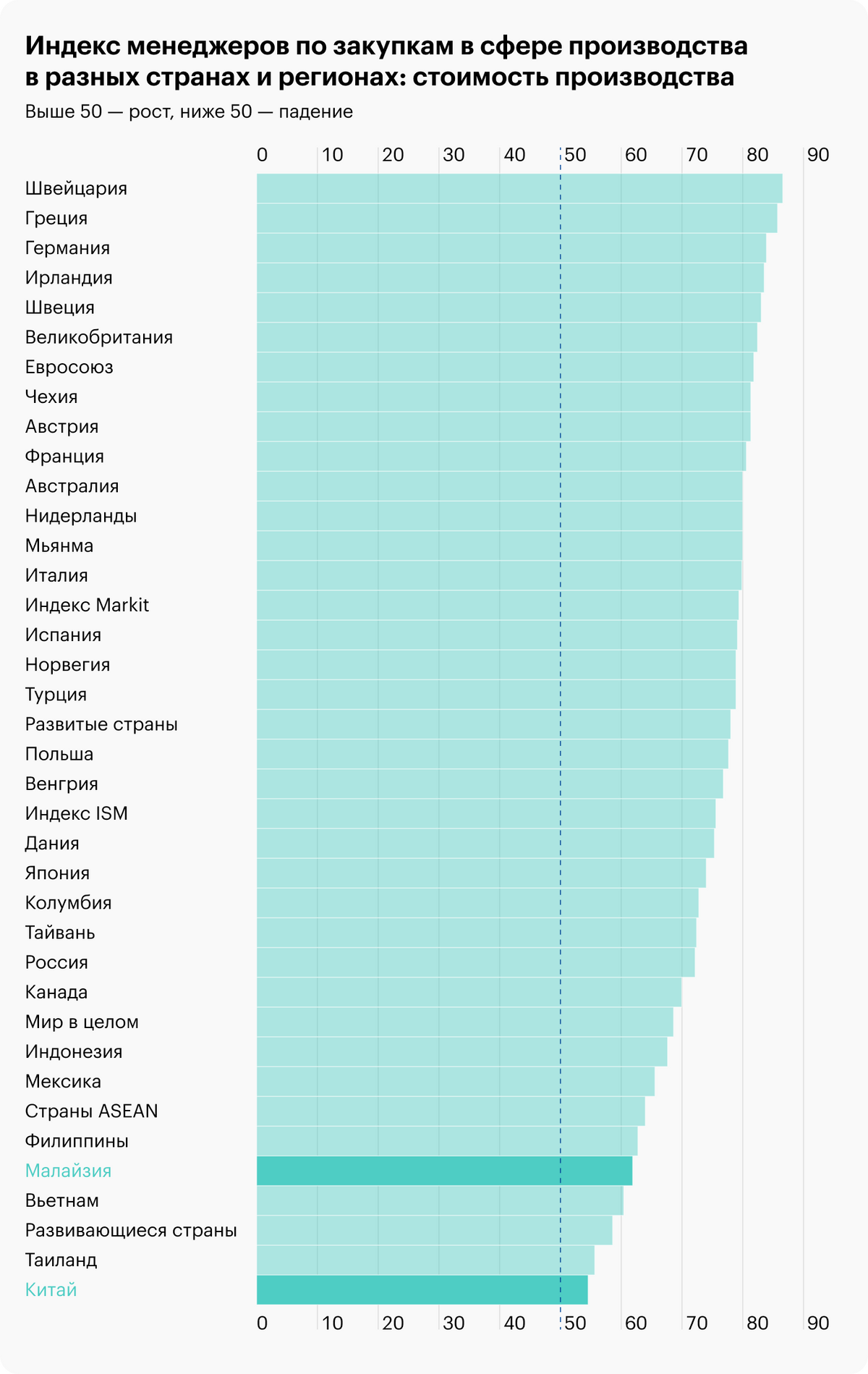 Market share of sales of robot vacuum cleaners, as a percentage of the total

Concentration. According to company report, 21,8% all of its revenue comes from one unnamed retail chain. A review of the relationship with this customer could adversely affect its reporting.

Hello from Trump. Chinese-made robots subject to Trump-era tariffs 25%, which somewhat restrains the development of iRobot.

Not that. A significant part of the company's revenue comes from the premium segment - robots are more expensive 500 $. It's not good for the situation., when US consumer sentiment worsens, and therefore the sale of such equipment, as in iRobot, may start to fall.

Still, the logistics. Another outbreak of covid in China, combined with rising cost of raw materials in the world, threatens to spoil the company's reporting this half of the year.

Suffice it to say, that logistical problems and costs led iRobot to an operating loss in 2021: operating margin was −0.1% of revenue, Profit was generated only through non-core operations.. It is possible that these problems will worsen in the near future.. 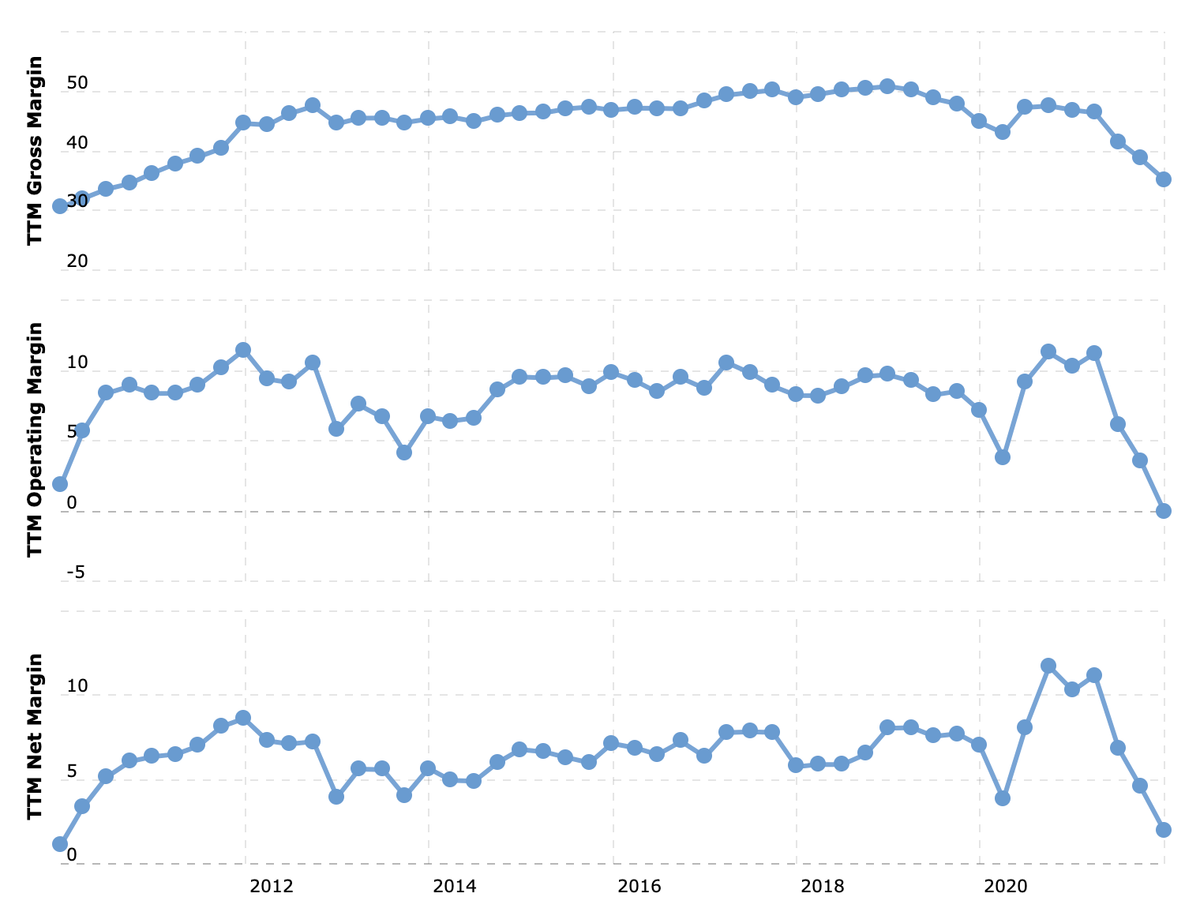 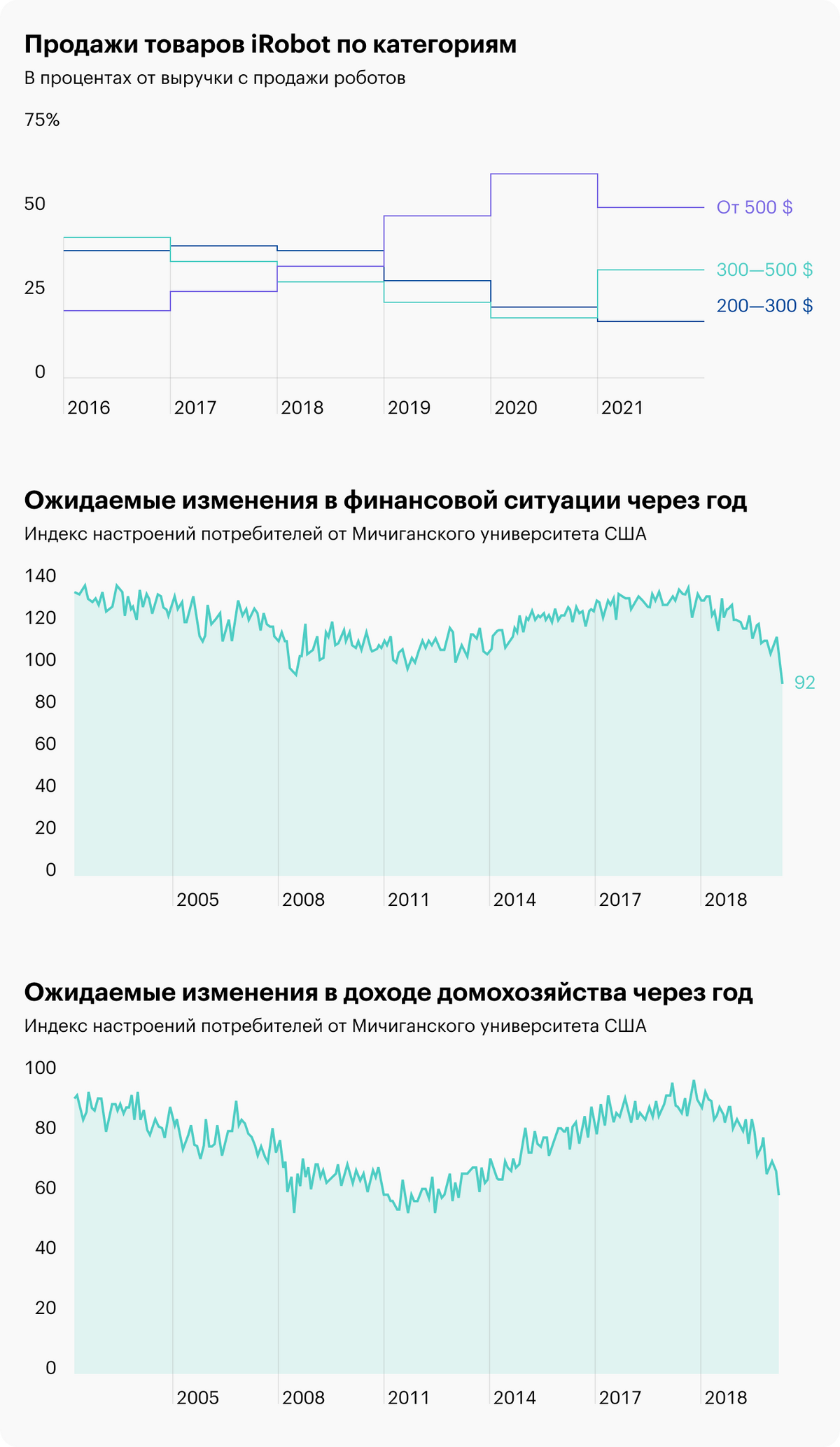 18 October 2021 I have already taken these shares for 83 $ for the purpose of selling 95 $ over the next 14 Months. However, everything turned out a little earlier.: share target price reached 16 days.

Rising costs and falling profitability of the company led to a strong drop in shares after that.: now they cost a little more 55 $. After the fall, the company is relatively inexpensive: P / S she has about 0,93.

But I'm afraid, that iRobot's logistical problems could negatively affect its reporting and lead to an even greater drop in quotes, and worsening consumer sentiment in the US looms over sales growth prospects. At the same time, in the long term, this company looks like a very interesting investment..

​​ $SPCE Why Virgin Galactic Shares Fall Again? Will Virgin Galactic conduct space flight tests next month or not? Space tourism company Virgin Galactic plummets for second straight session on Thursday, closing on 3,8% Fall, and a fraction of a percent lower on wednesday.   Yield curve inversion: how the most famous recession indicator works

Teladoc (NYSE: TDOC) - American site, on which clients are provided with services in the field of telemedicine. The company shows a good level of improvement, but the limitations of the format do not allow this sector to be considered truly promising.. And this is not good news for the owners of the company's shares..   Bundle of investment news: storms, CEO, digitization and accounting

We conclude our conversation with Maxim Zakharov - an algorithmic trading professional. FirstSecond Lifestyle of an exchange lonerStrategy of cubes It would be necessary to lay strawsLess timeframe - more secretsOil futures Lifestyle of an exchange loner - You are a member of the club of algorithmic traders? - Not, i'm a loner. But we have a certain company, which used to periodically meet at Smartlab conferences, while they were.   Bundle of investment news: storms, CEO, digitization and accounting

We end the conversation with Maxim Zakharov, an algorithmic trading specialist. 1-2nd Lifestyle of an exchange lonerTactics from cubes It would be necessary to lay strawsLess timeframe - more secretsOil futures Exchange loner Lifestyle - You are a member of the club of algorithmic traders? - Not, i'm a loner. However, we have a certain company, which previously gathered from time to time at Smartlab conferences, while they were.   Bundle of investment news: storms, CEO, digitization and accounting