The annual inflation rate fell from 15.9% in June to 15.1% in July. It slowed down for the third month in a row, but the deceleration rate has become less. If inflation fell by 1.2 percentage points in June, then in July 0,8.

The annual core inflation rate also fell by 0.78 percentage points., from 19,18 to 18,4%. This indicator does not take into account the various volatile and adjustable components: prices for some fruits, Housing and communal services and so on. 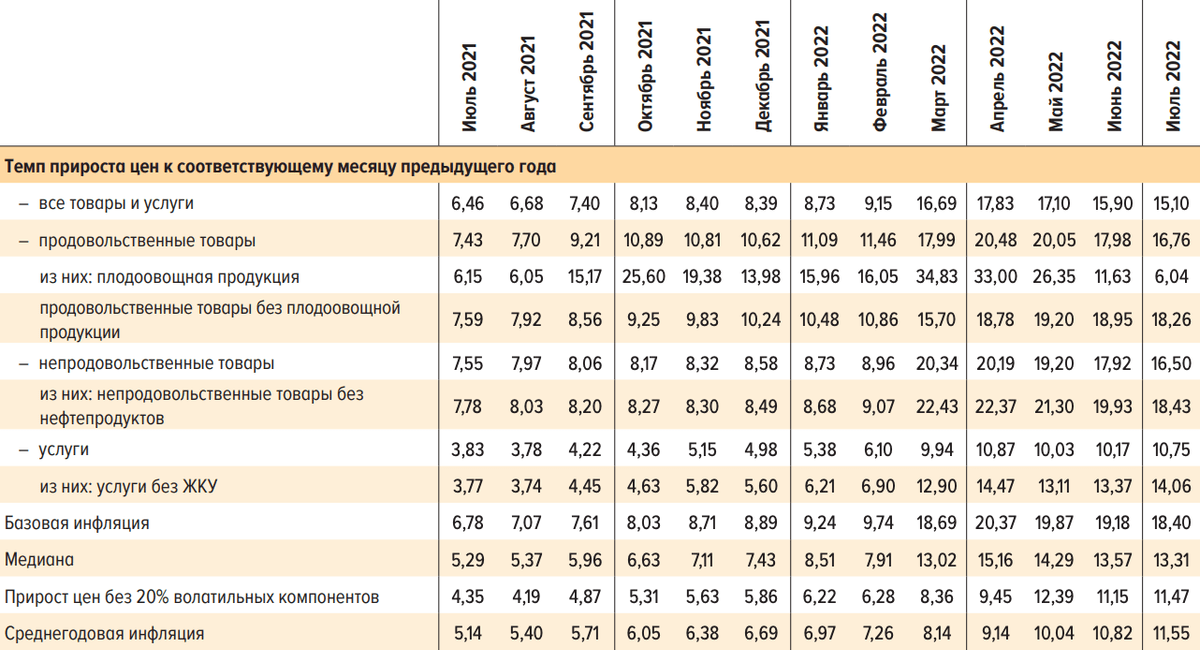 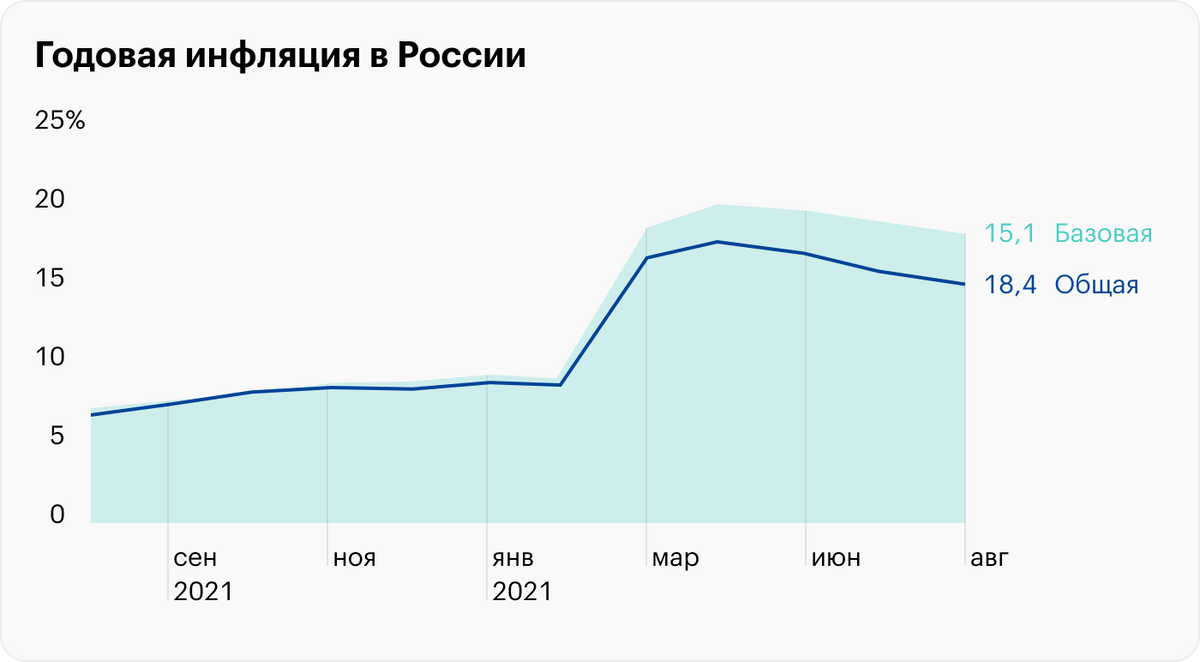 Food fell by 0,7%. Most of all, fruit and vegetables fell in price - on 5,65%. All other products for the month almost did not change in price. Non-food products fell by 0,35%, but services taking into account housing and communal services have risen in price by 0,48%.

Monthly core inflation also eased: from 0.23% in June to 0.09% in July. Despite the decline, the indicator itself is still above zero, that is, the basic prices for the month have grown. Looks like, if you buy something, except vegetables, falling prices may not be noticed.

Median inflation for the month did not change and remained at the June level - plus 0,12%. As the decline in annual inflation also slowed down, The Bank of Russia suggested: disinflationary processes may fade. That is, soon the average prices will cease to fall.. 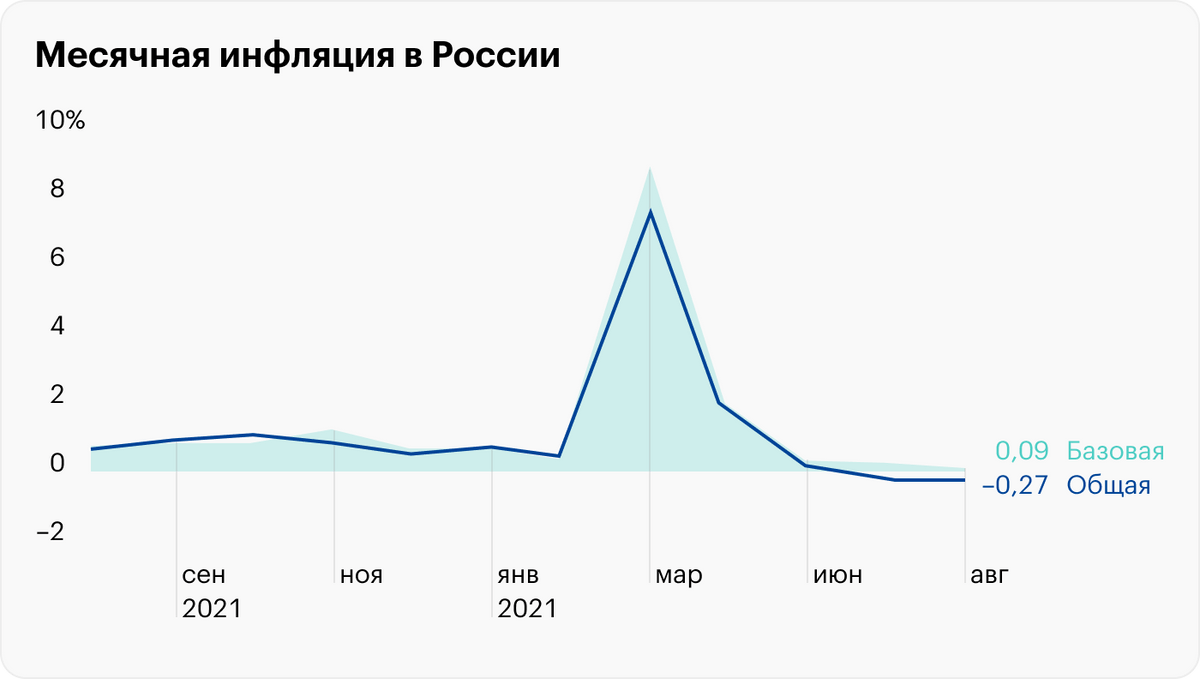 The Bank of Russia named several reasons, for which average prices fell over the month. Here are the main:

Many of these causes are temporary.. For example, The ruble in July has already managed to weaken almost by 20%. This is another argument in favor of, that price declines may slow down in the future.

This means, that the Bank of Russia may reduce the key rate at the next meetings not so aggressively. There are other reasons for this.. Here are some of them:

While the question remains open, will deposits be able to fully offset the rise in consumer prices, or will actual inflation be higher. 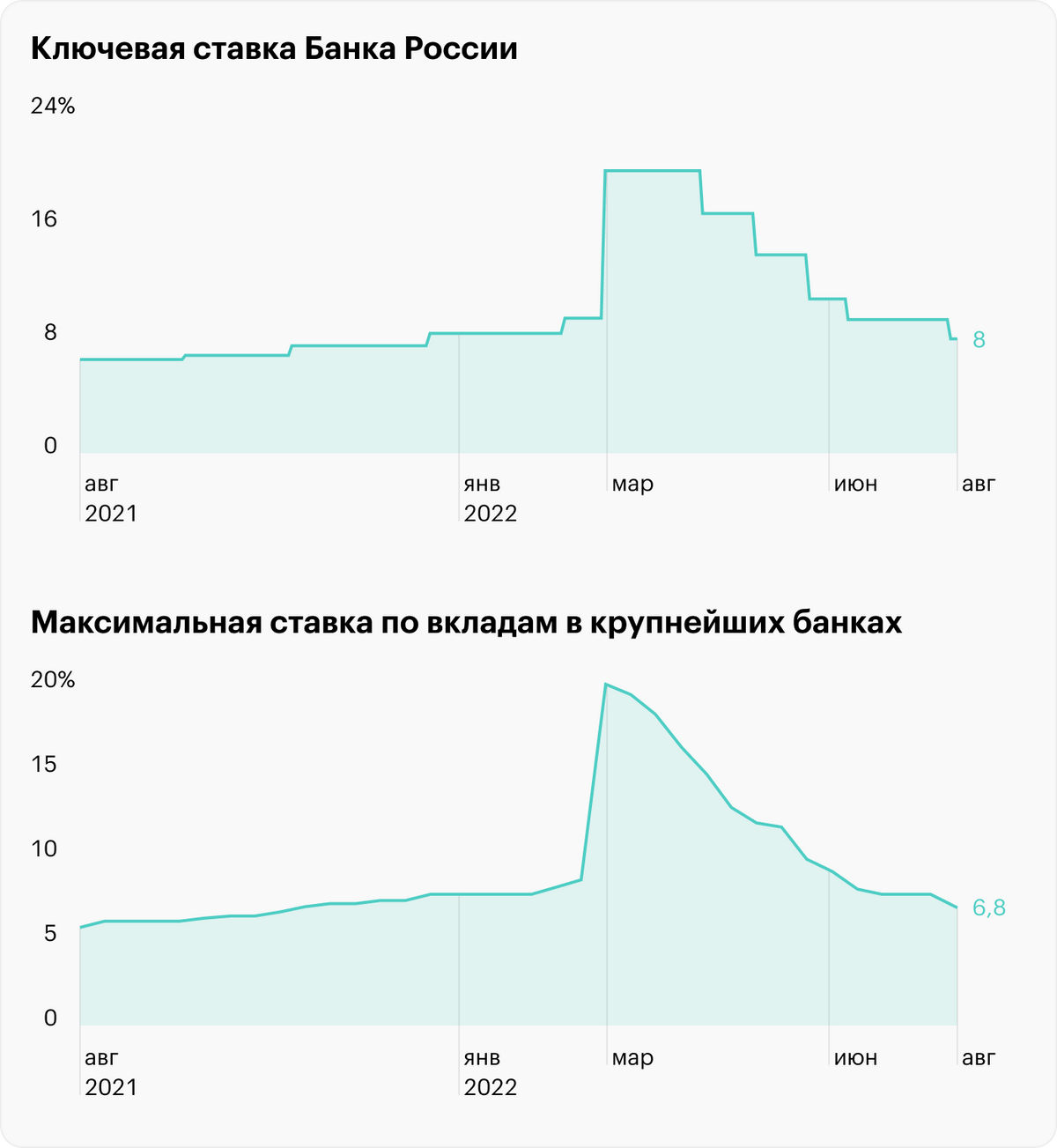