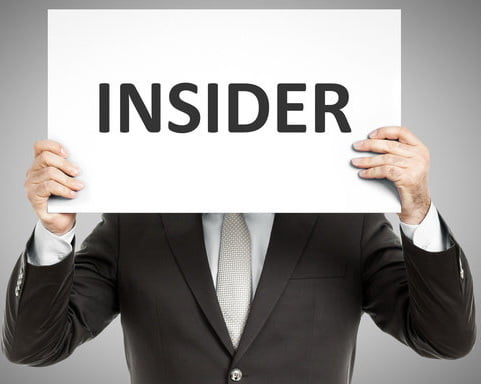 Unlike the USA in Russia 75% part, related to the use of inside information, do not end in courts and multimillion-dollar fines, and the prescriptions

Another case of manipulation of financial instruments at the Moscow Exchange trades was revealed by the Bank of Russia or at least loudly announced about it. This time, under the gun of the Central Bank investigation was the company "Finam".

On Tuesday, 27 august, regulator announced that, what in 2012-2016 years of structure, associated with "Finam", made many transactions on the market with UC Rusal shares, Polyus Gold and others. Deals, according to the Central Bank, made no economic sense, which means, were committed by prior agreement with the aim of market manipulation. As expected, Finam denies everything.

Introduced into the law on combating the illegal use of insider information and with its loud statements, the Central Bank is trying to show, that is determined to combat market manipulation. But in 75% cases related to this case end only with an order to prevent similar violations in the future. Why?

By itself, the phrase "market manipulation" attracts a lot of attention.. Habitually, that the main investigations in this area usually take place in the United States. You don't have to look far for examples: remember the tweet of the founder and main shareholder of Tesla, billionaire Elon Musk, in which he announced his intention to commit buyback of shares companies by price, exceeding the market by 23%. This led to an instant increase in Tesla quotes, followed by a correction at a level above the original. The tweet was immediately followed by a class action suit from the company's shareholders., who have lost money on the stock exchange, and a preliminary investigation was initiated by the US Securities Commission (SEC).

The case for Musk may end up not only with a fine, but also imprisonment. So, former trader hedge fund SAC Capital Advisors Matthew Martoma was sentenced to nine years in prison for participating in the largest insider trading scheme in US history.. The trader and his colleagues managed to make money on manipulations $275 million. His own bonus payments were $9,4 million. And the founder of the hedge fund Galleon Group, Raj Rajaratnam, went to jail on 11 years and was sentenced to a fine of $10 million. The Galleon case has become one of the most notorious. For seven years, the volume of illegal transactions amounted to $63,8 billion.

Stripe, Revol, Reddit and others: most anticipated IPOs 2022 of the year

To recognize the actions of a person or company as manipulation, a four-step test has been developed in the USA. The SEC must prove, that the accused of manipulation had the ability to influence market prices; had the intention of influencing prices like this, that this was not a natural influence of the market forces of supply and demand; that prices were overstated or artificially lowered and that this understatement / overstatement was caused precisely by the actions of the accused.

Similar schemes are successfully operating in other countries.. Largest market manipulation penalty in history of $870 million was discharged in March 2018 of the year by the China Securities Regulatory Commission (CSRC). The fine was six times the profit, obtained as a result of manipulations by the Chinese logistics company Xiamen Beibadao Group.

Remarkably, that the statistics on the number of high-profile investigations does not depend on the size of the market. And in Russia, and in the United States, no more than ten cases of manipulation are detected per year. Only if it ends there with high-profile lawsuits and multimillion-dollar fines, then in our country the judicial practice is still quite different.

According to the Bank of Russia, establishing the fact of illegal use of insider information ends 35% investigations, market manipulation. "Part of the remaining 65%, certainly, related to, that there is no actual insider ", - admitted the director of the department for combating unfair practices in the financial market of the Central Bank Valery Lyakh.

Only last year, the Central Bank blocked money on a brokerage account for the first time, establishing the facts of manipulation 46 securities traded on the Moscow Exchange since July 2014 on March 2017 of the year. It revealed, that the manipulation was carried out by the managing director of the professional participant of the securities market Bonum Capital LLC and his wife. In the case of the fact of manipulation of the market for ordinary shares of the company "United Techno Systems" (ETC) punishment was limited to disciplinary measures.

Investidea: Ciena, because the information age

Despite poor results, Russian Central Bank honestly tries to fight market manipulation. An increase in the transparency of exchange trading in Russia will automatically mean an increase in the attractiveness of the Russian securities market.. Law was recently passed, which allows the Central Bank to actually carry out certain operational activities, including inspecting the premises, documents and items of companies as part of the verification of compliance with the law. At the same time, companies will have to provide representatives of the regulator with unhindered access. However, so far no special results are visible..

In the case of Finam, the regulator carried out inspections within the framework of the law "On Countering the Misuse of Insider Information and Market Manipulation". During the inspections it turned out, that market participants made a large number of transactions with financial instruments, which had no obvious economic sense. This created the appearance of trading activity and liquidity., helped to attract third-party investors and artificially form and maintain prices.

In this case, the Central Bank will have to figure it out, where is the line between market manipulation and market making, which the law allows. Market making is the acceptance by a trading participant of an obligation to the exchange to place active orders for the purchase and sale of a certain group of financial instruments. Such agreements stipulate the maximum difference between the purchase and sale price. (spread), penalties for non-fulfillment of conditions, etc.. d. The market maker receives either monetary compensation from the exchange, or a reduced commission for the conclusion of transactions, which gives him the opportunity to conduct trading activities at lower costs.

Linking to market making is a standard defense against such accusations, nominated against major players in the market. This is what Goldman Sachs referred to in 2010 year during the investigation by the US Senate Commission. Quite expectedly, the Finam Group of Companies adheres to the same protection strategy.. The difference between the United States and Russia is, that the law has been in effect there for many decades, therefore, during the work, a huge amount of law enforcement practice has accumulated, which works for the regulator.

There is no danger of inevitability of punishment in Russia, and it creates a sense of permissiveness. Where does it come from? The problem is, that most of the cases, even the loudest, ends with prescriptions. Only 25% cases are referred to law enforcement, and there they, usually, covered with dust. the rest, in theory, fines await, but in practice it is very rare to reach them.. Although it could be more often, because the Central Bank has the right not only to conduct an investigation, but also make decisions on fines, revocation of the license and so on.

Why does the regulator, endowed with such enormous powers, there is still no law enforcement practice of fines, who would be feared by manipulators, unknown. But obviously, what's the situation, supported over the years, unlikely to change anytime soon. So,, Russian stock market as long as it remains a place, where manipulation is considered a crime only in words.

«How many new traders succeed?» — Asks a potential trader from a group of battle-hardened experts. «Of those 40% who survive more than a year, only one or two per cent will learn to consistently make a profit» — meets the head of one of the major brokerage firms. «About five of the 100 — according to my observations,» —…

Maybe it’s my personal opinion, but I think that times are changing. Nobody can say for sure because it or not. The media give us a picture of the world, which is not accurate. Journalists say and write about the presidential primaries, the real estate market and the recent mergers of banks associated with the crisis in the mortgage lending…

What kind of work you do would prefer: the one on which a stable pay a small salary or the one whose salary is not high, but fragile? The answer to this question will allow you to define your preferences and risk tolerance. Most practitioners of short-term traders would not mind to abandon the security and stability in favor of…

In addition, the graphs show that the history of prices of a financial instrument, accompanied by the volume, they are also a reflection of human behavior. And because they reflect the basic human nature, they can be used as a psychological map, if you learn how to read them.   Stripe, Revol, Reddit and others: most anticipated IPOs 2022 of the year

When you have a psychological conflict, in your best interest to resolve it as soon as possible. One hundred years ago, Freud said, but modern cognitive psychologists have shown that there are limits of psychological energy, which can spend consciousness. The more you leave the problems unsolved, the more of them accumulate «and the less psychological energy on their decision.…

There’s a big difference between predicting that something will happen in the market and the reality of actually getting into and out of trades Consistent trader has attained a mindset — a unique set of attitudes — that allows him to remain disciplined, focused and confident in spite of adverse conditions Everyone ends up learning something about market, few ever…

Many professional and ultra-successful leaders in the sport use the power of visualization to achieve the highest possible level for themselves. Far from «hocus-pocus», the art of visualization is rapidly becoming an accepted method of success. The most ardent supporters of visualization — the athletes, but there are surgeons, entertainers, and even business people who are mentally, as they will…

Tolerance for risk — a popular theme in the investment community. The higher your tolerance for risk, the more risky investments you can afford, without transferring stress. There are many ways you can help determine risk tolerance. Usually assume that what is more, the better. However, my work has allowed me to select a group of traders who prefer the…