Zendesk decides not to expand or sell. Samsung raises salaries with implications for all Korean issuers. Hasbro may release the creators of Dungeons & Dragons in free swimming. Activision Blizzard delays the release of the new Call of Duty.

desktop zen: Zendesk changed its mind about expanding to the detriment of shareholders

news first: shareholders still forced the management of unprofitable CRM-company Zendesk (NYSE: ZEN) refuse to buy a loss-making startup Momentive. We analyzed this story in detail in one of the previous issues of investment news..

This news is rather good for shareholders: the expansion of Zendesk on the proposed terms occurred at the expense of the bulk of the shareholders and did not bring any benefits to them.

Also, Zendesk management refused to sell the company to a consortium of investors due to the low offer price.. This news isn't so good anymore: the independent existence of unprofitable Zendesk in an era of rising costs of loans is seen as fraught with great difficulties, if not worse. But, On the other hand, Zendesk's offered purchase price is below its all-time highs. May be, she will be able to find a buyer for herself at a higher price.

More than 100,000 employees of the Korean technology giant Samsung Electronics are demanding an increase in wages from the company's management in the area. 16%.

This news is quite important.. The average salary in the company is approximately 106 thousand dollars a year, which is quite a lot. If Samsung employees get a raise, then, probably, to all other Korean companies like LG Display (NYSE: LPL) и SK Telecom (NYSE: SKM) also have to raise wages: the salary level at Samsung is a kind of benchmark for the whole country. So,, the, who invests in Korean issuers, take note of this news.

links to technical analysis in Ukrainian

Investing is Magic: shareholders want to play board games with Hasbro

Investment fund Alta Fox Capital Management launched a campaign against Hasbro management (NASDAQ: HAS) - American conglomerate, manufacturer of toys and board games. The purpose of the attack is to spin off the division of Wizards of the Coast into a separate issuer.

Here's what investors need to know about it:

Alta Fox's other claims are as follows: Hasbro developed the media business to the detriment of the company as a whole, which reduced the value of its shares. Think, it would not be an exaggeration to say, that it is the high-margin Wizards of the Coast that allows Hasbro to pay for its projects.

It seems to me, that the Alta Fox campaign, even if it does not come to a successful conclusion, may still lead to the spin-off of Wizards of the Coast into a separate company in the future - which will be a plus for Hasbro shareholders. The global problem of the superiority of Wizards of the Coast over the rest of the company, highlighted by the foundation, should worry all Hasbro investors - and Hasbro will have to solve it somehow.

At the call of duty: What's up with Activision Blizzard

Activision Blizzard (NASDAQ: ATVI) delays the release of the new Call of Duty: the game was supposed to come out in the fall 2022, but now, probably, will be released only in 2023 or even later.

Almost historical event: since 2003, a new game of this series has been released every year, and in 2004 an addition to the first part was released - United Offensive. Here the exit is delayed - and the reasons are not called. I dare to guess, that there can actually be three reasons - and they do not exclude, but they complement each other. 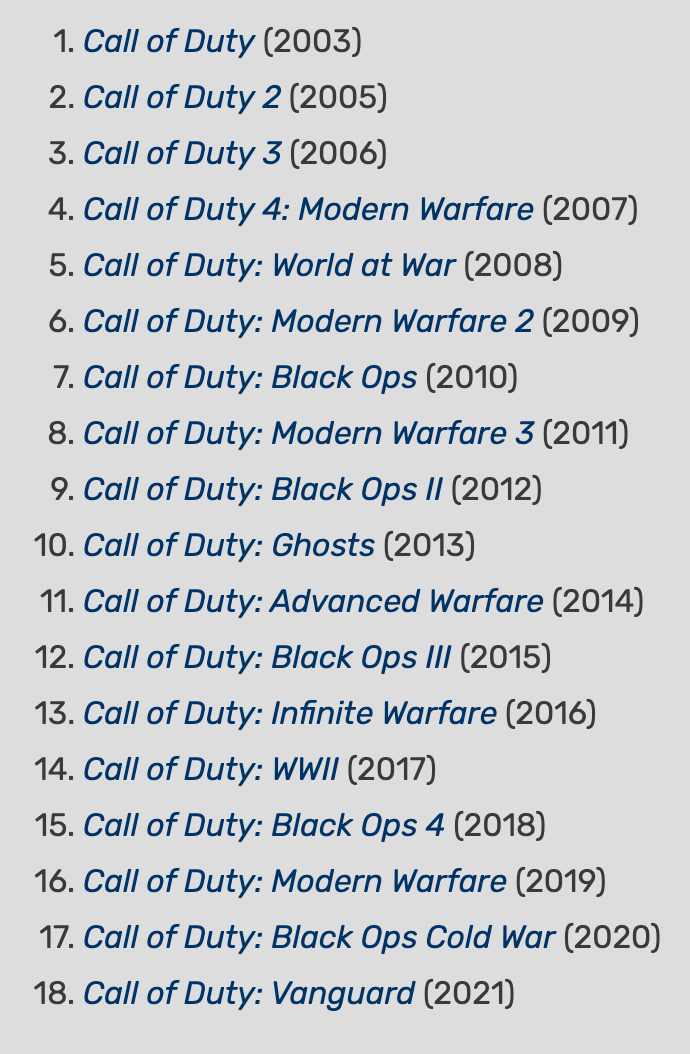 Notable events. They could influence the perception of the content of the new game by critics and players. Very possible, that ATVI decided to send the game for recycling considering that, what is happening in the world now.

The relative failure of the last part of Call of Duty: Vanguard. Vanguard didn't sell as well, as desired by the management of the company. A possible "culprit" of this state of affairs in the company, some consider free Call of Duty: Warzone. Its success may well have distracted some of the players from the paid Vanguard. Therefore, the new part of the series was sent for high-quality processing, taking into account the "trends of the times". What will be the result - let's see in the future.

Problems of game development in the context of an eternal pandemic. Although the IT industry has been hit the least by the corona crisis, and igrodely received a surge in demand due to players locked at home, there are some problems, related to the new mode of operation.

For the development of large, complex projects, people need to communicate more or less constantly - and in the remote work format, this does not work very well. So that, probably, the new Call of Duty was sent for revision because, that the game does not meet the internal quality standards of the series.

In parallel, the story with the sale of ATVI to Microsoft is developing.. Last, to forestall objections from antitrust regulators, Promised, that Call of Duty will continue to be released on the consoles of its rivals Sony and Nintendo.

But so far, the deal remains unclosed, even though the probability of its successful conclusion seems to me quite high.. But the sooner they close it, all the better. Missing new Call of Duty this year will negatively impact ATVI's year-end financials. Certainly, the company is working on new games of other series, but I'm not sure, that they can replicate the success of Call of Duty, which, with all its problems, acts, certainly, predictable investment for the company: with a large and loyal fan base.

Cloud hosting on windows for backtesting and launching robots

Teladoc (NYSE: TDOC) - American site, on which clients are provided with services in the field of telemedicine. The company shows a good level of improvement, but the limitations of the format do not allow this sector to be considered truly promising.. And this is not good news for the owners of the company's shares..   Biotechnology company Eliem Therapeutics announces IPO terms