The Matrix is ​​confusing. European semiconductors are back in the subject.

Matrix invests you: legal battle over the release of the film "The Matrix": resurrection" in streaming

Moviegoers Village Roadshow is known as the producer of many famous films such as the Matrix trilogy., but the company is also an operator of amusement parks and cinemas. coming out, that Village Roadshow is among the biggest losers due to the pandemic.

Warner Bros. is part of WarnerMedia, That, in its turn, belongs to AT telecom holding&T (NYSE: T). But soon WarnerMedia will merge with Discovery to become an independent issuer of Warner Bros.. Discovery (NASDAQ: WBD) - we have already discussed this story in detail in the previous issue of investment news.

Village Roadshow representatives speak, that the release of The Matrix 4 simultaneously in theaters and on HBO Max contributed to the film's poor box office performance: because when movie available in online subscription, there is no point in going to the cinema. Furthermore, a movie at home in front of the TV can be watched by quite a lot of people and it is very profitable.

HBO Max subscription is worth it 15 $ per month, and it gives access to a huge movie library, which is constantly replenished, among other things, and due to new blockbusters such as the aforementioned "Matrix". All major premieres of 2021 Warner Bros.. ran simultaneously on HBO Max and in theaters — and, obviously, determined to continue in the same spirit.

A movie ticket in the US costs an average 9,16 $ - so the benefit for the average consumer is obvious. This, Certainly, affected the results of the "Matrix": its fees in the world amount to 153.6 million dollars. This result allows us to confidently consider the film a failure.: studios and cinemas share box office revenue roughly equally.

The one, who is afraid of interference in advance, in doubt will miss the chance of success!

With this calculation, this means, that with a budget of 190 million, the fourth "Matrix" brought Warner Bros. 76,8 million dollars, so, essentially, Village Roadshow representatives are right: it's a failure. For example, The last Spider-Man was only released in theaters, despite the fact that Disney is persistently developing its streaming service, and made a lot of money.

Also they are right, pointing out, that Warner Bros.. sent The Matrix to streaming, to jump-start its HBO Max service ahead of Warner Bros spin-off. to a separate issuer.

And last but not least, Village Roadshow's claim: Warner Bros. was in a hurry to release the film in theaters and did not postpone it until 2022, when, according to Village Roadshow, Movie theaters wouldn't be hit as hard by the coronavirus.

If you have a feeling of deja vu, it's not without reason: this is all very reminiscent of the situation with Disney and Black Widow. Building on this experience, it can be assumed, that Warner Bros.. will go to the world with the Village Roadshow and pay them large compensation, which will certainly add to the already huge debt burden of the WBD, when it becomes an independent company. Or maybe, and will not go - and even, maybe, win in court. After all, paraphrasing Leo Galante from Mafia II, streaming not included.

However, in terms of business ethics, the Warner Bros decision. looks extremely dubious. But it shows, what for the sake of the development of the streaming service, which is still unprofitable, the company is ready to go to extreme measures. Although, it seems to me, all these efforts are in vain.

Practice shows - as on the example of HBO Max, and other streaming services, - about half of the people, subscribed to the service for one big movie, canceled within six months. So not a fact., that the efforts of Warner Bros.. will bring tangible positive results in the future.

But whatever the outcome of the Village Roadshow litigation with Warner Bros., I would prepare for that, that it will increase the cost of producing content for at least WBD. Content creators will continue to demand the most generous compensation for their work., remembering the story with the "Matrix". And as a maximum, at first the company will have to offer fees above the market average - and this is not directly, but will increase costs for other streaming businesses. 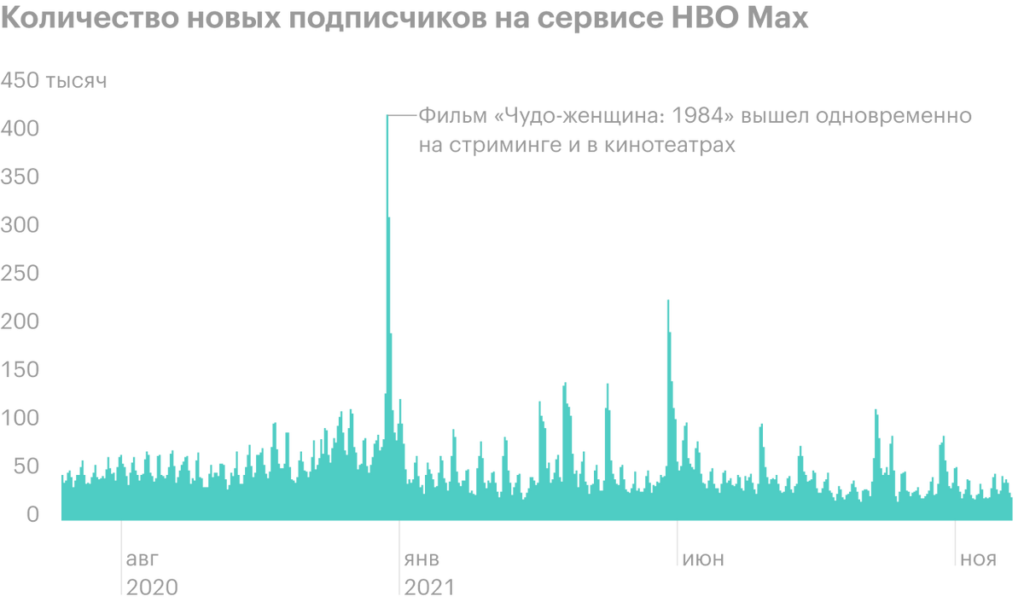 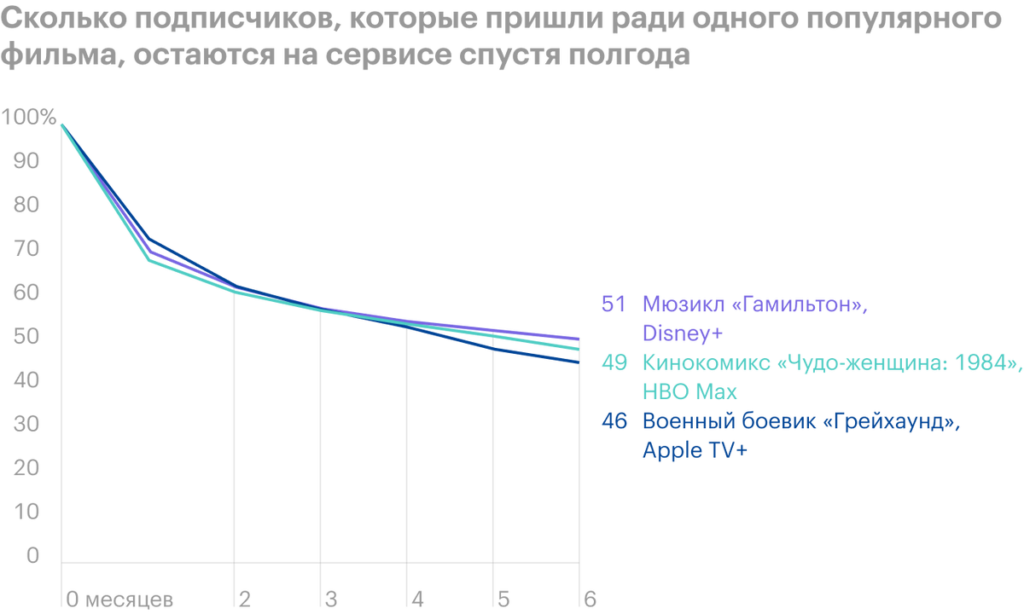 German government bans Taiwanese semiconductor company GlobalWafers from buying silicon wafer supplier Siltronic. The reason is simple: Siltronic is too important for the German economy and its departure under the control of a company from another country, even if it's so harmless, like Taiwan, could harm Germany's security.

Better than Greenspan can only be Greenspan

Let's take a look at this failed deal., in order to draw practical conclusions from the whole story, who will help us if we do not earn, at least not lose money.

Siltronic is one of the largest manufacturers of ultra-pure silicon wafers., and it is the most important raw material for the production of semiconductor materials.

The main buyers of Siltronic products are companies, who produce silicon wafers for semiconductors to order for other companies, as Taiwan Semiconductor Manufacturing, are engaged in the production of wafers to create their own products, as Infineon Technologies, Intel и SK Hynix, or doing both, like Samsung Electronics. Siltronic's market share is approximately 13%. 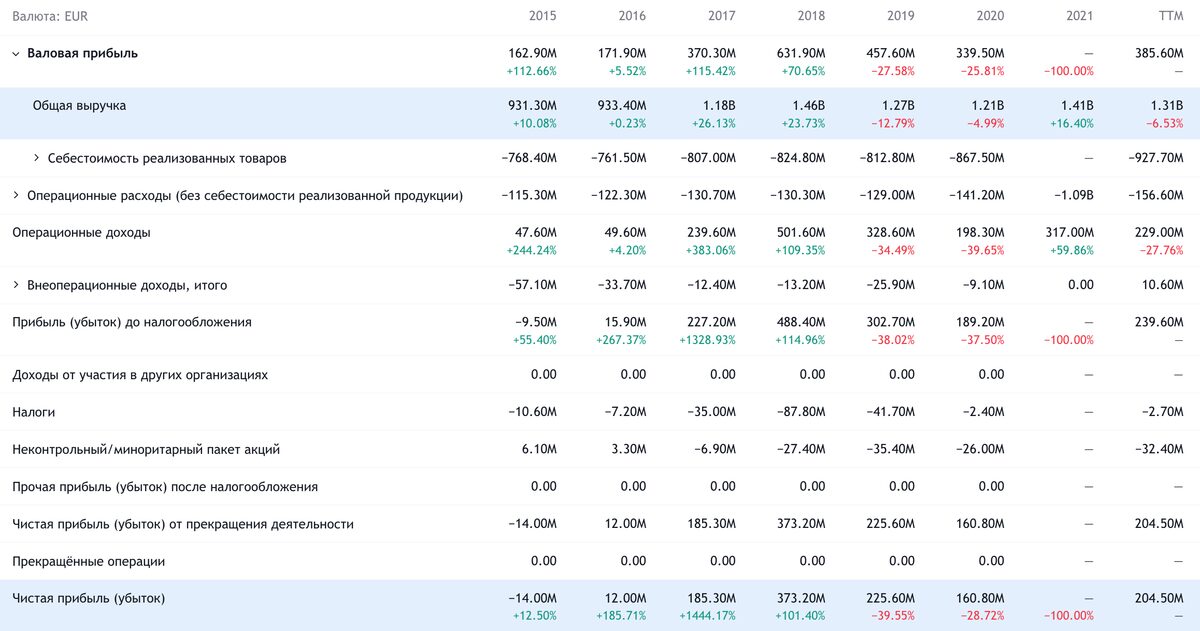 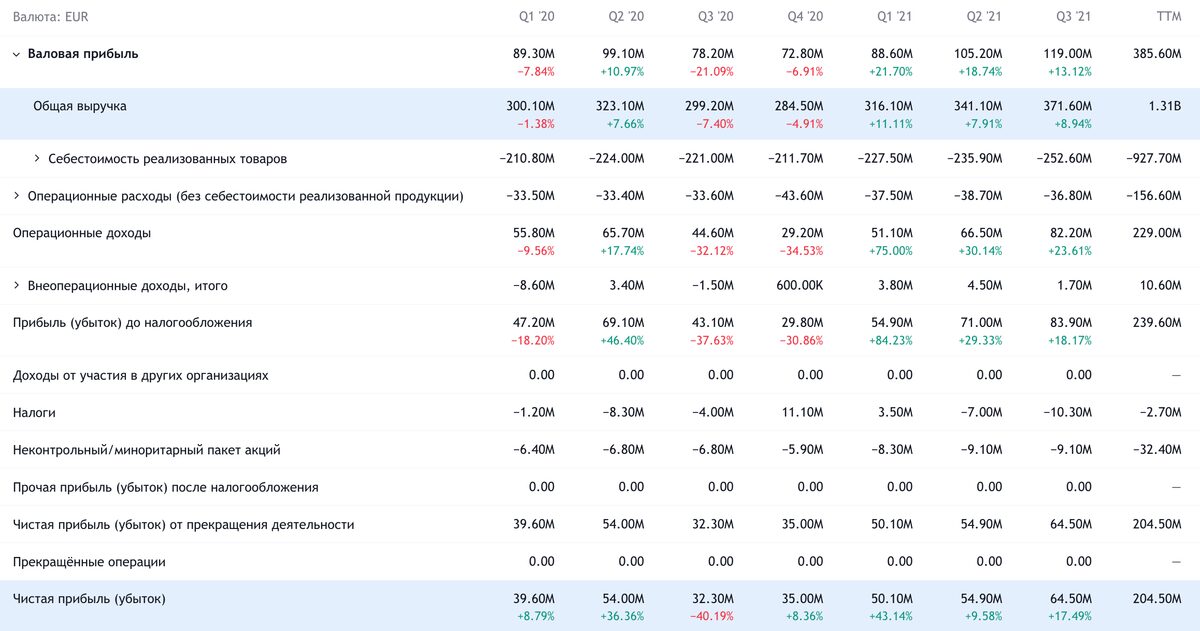 Shares of various companies in the ultrapure silicon wafer market

Selling Siltronic to a Taiwanese buyer made a lot of sense from a cost-benefit point of view.: 72% the company makes revenue in Asian countries, yet 17% — in Europe and 11% - in USA.

But, Besides, Siltronic pays dividends - 2 € per share per year, - which gives huge by German standards 1,72% per annum. It takes her 60 million euros a year to do this - approximately 29,3% from the company's total profit. And what conclusions can be drawn from this whole situation.

Mergers and acquisitions in the semiconductor industry are becoming more difficult. Anyway, in the old world: Nvidia ended up refusing to buy English Arm just because of problems with regulators. About that, to sell to someone from the manufacturer of integrated devices such as Infineon, probably, can't speak.

Here you can find positive: The money, which potential buyers of small issuers like Siltronic will not be able to spend on buying the companies they need, they can use to expand their production. GolbalWafers amid news about Siltronic announced that, that the money allocated for the deal, and this is almost 5 billion dollars, it will spend on expanding its capacities.

This applies to many other large companies as well.: integrated device manufacturer Texas Instruments (NASDAQ: TXN) plans to sharply increase spending on the renewal of fixed assets - up to $ 3.5 billion a year for the next 3 of the year. It's a billion more, than analysts predicted for the same period.

For suppliers of related equipment and services, plans by large semiconductor businesses to increase investment in their factories are great news..

Improving the business environment. We can expect some improvement in the environment specifically for European semiconductor companies, but with reservations in light of the recently announced plan of the European Commission to stimulate the development of the industry in the countries of the bloc. European bureaucrats want to spend 49 billion dollars on the development of the industry, mostly in the form of subsidies, in order to increase Europe's share of the global semiconductor market by 2030 to 20%.

Although this is a relatively modest plan: USA, for example, plan to spend $52 billion to develop their semiconductor industry, - I think, that most of this money will go to the needs of giants like Infineon. Like in a similar situation, where the main beneficiaries of EU agricultural subsidies are large landowners.

However, there are thin spots: The European Commission plans to gain powers, which will allow it to demand that semiconductor companies increase the production of the necessary chips in the event, if there is a shortage.

A situation may occur, under which European commissioners can force EU semiconductor companies to produce less marginal chips for public safety reasons - for the benefit of the population and to the detriment of issuers' reporting. But the plan hasn't been made yet., and its final version is still being discussed.

Not so unique. Europe – and Germany in particular – is full of interesting issuers, that can be of significant value to shareholders. Here I would also like to point out, that Siltronic pays very generous dividends by European standards - American investors can use this fact as an argument in favor of introducing or increasing payments by American semiconductor companies.

The low cost of Siltronic is dictated by the fact, that the German stock market is about the same as the Russian: it's basically a swamp, where nothing happens, all activity revolves around a pair of giants, and generally there is little activity, because the population does not yet hold a significant share of savings in the stock market.

This, On the one side, problem: stocks can remain undervalued for a long time, as Siltronic. On the other hand, this leaves significant upside for the stock both due to the future influx of local retail investors, and due to the influx of foreign speculators, who will look for relatively obscure success stories like Siltronic.

​​ $NOK That's why Nokia shares soar Investors welcomed the company's growth, dealing with networking, through 5G. Nokia shares jumped by 11% on Thursday after, how a telecommunications equipment manufacturer posted surprisingly strong first quarter results.   Better than Greenspan can only be Greenspan

Teladoc (NYSE: TDOC) - American site, on which clients are provided with services in the field of telemedicine. The company shows a good level of improvement, but the limitations of the format do not allow this sector to be considered truly promising.. And this is not good news for the owners of the company's shares..   Будьте осторожны