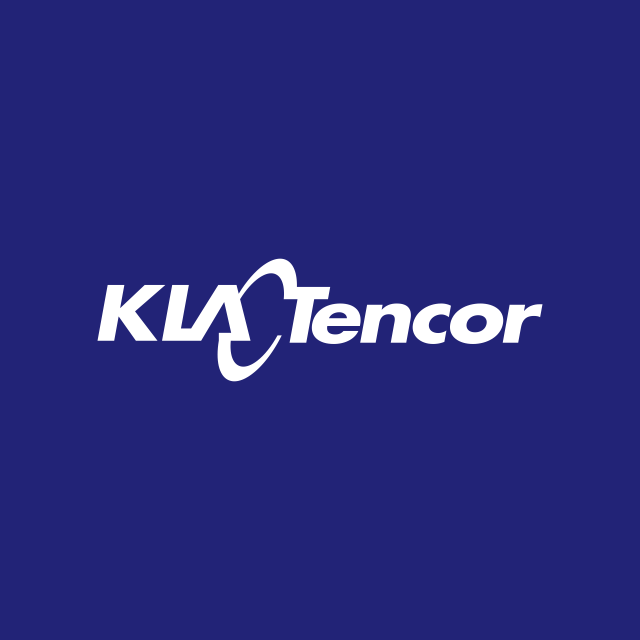 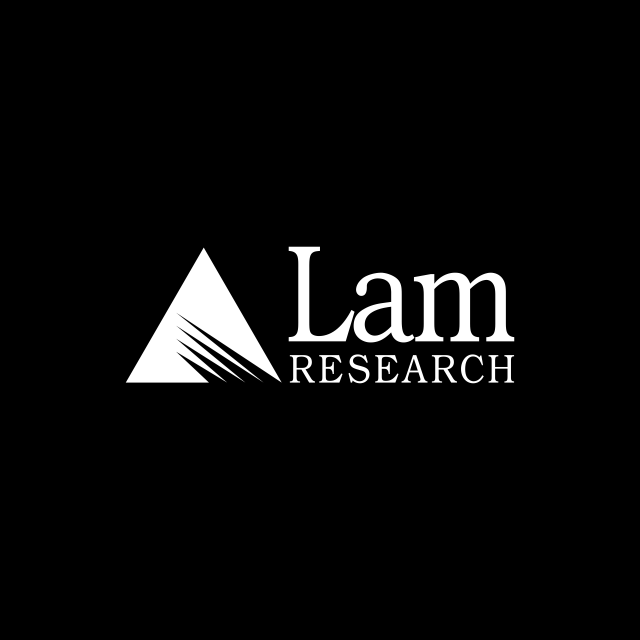 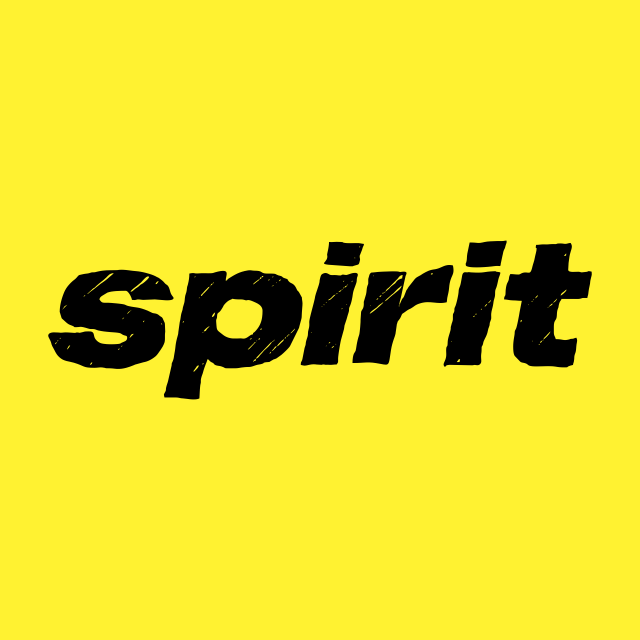 Spirit Airlines IncSAVE$20.72BuyService in partnership with Tinkoff Investments. Quotes are updated every 15 minutes

In the US, they began to buy less unimportant goods - but it will be bad for everyone. The US government is ruining the business of semiconductor companies. Spirit Airlines chose a lower purchase offer - a wise decision.

Consulting company Morning Consult released a study of American spending in March of this year.. And here's what you can find there:

Overall, the study shows, that Americans are increasingly cutting spending on “non-essential” things. And this is disturbing news for the widest range of issuers. Still, domestic consumption gives about 70% US GDP, and spending cuts by Americans is, certainly, a definite minus.

Probably, to this they will respond by reducing the size of the product to maintain prices, what can often be found in the Russian Federation. Or even easier: they will stop raising prices for their products and their margins will fall. And after that, their ability to pay dividends will also decrease..

Fully chipped: restrictions on the supply of semiconductor equipment to China

Last week the Semiconductor Manufacturers Association (Coalition of Semiconductor Equipment Manufacturers, CSEM) Reported, that it is negotiating with the US presidential administration to limit the supply of equipment for the production of chips in China.

"MS on US default"

Americans want to impose restrictions on the import of the most advanced equipment for the production of chips in China. So far, we are not talking about a complete ban on any supplies, a about, to stop selling the most high-tech equipment to the Chinese.

Washington is already taking the most decisive action to, to stifle high-tech manufacturing in China. In parallel, the plot develops with the investigation of the US authorities against the Chinese chip manufacturer Yangtze Memory Technologies (YMTC): according to Americans, the company supplied chips to Huawei under US sanctions.

It doesn't matter here anymore, What conclusions will investigators come to?, - the wording itself is striking: “a Chinese company dared to supply chips to another Chinese company, how dare they?" I think, that the story with YMTC should be assessed in the context of American negotiations with CSEM. And you can even count, what, probably, The very fact of such an investigation indicates that, that Washington intends to impose its agenda on the organization.

CSEM brings together the biggest players in the industry: among others there are such giants, as Applied Materials (NASDAQ: MAT), COMPLAIN (NASDAQ: KLAC), Lam Research (NASDAQ: LRCX), Tokyo Electron и ASML. For all these companies, China is the most important market., therefore, in the place of the shareholders of these companies, I would hope, that they will be able to reach agreements with Washington, which will allow them not to lose much in revenue.

But still, one should be prepared for the worst option - a strong reduction in supplies to China and, Consequently, drop in revenue.

A short-term surge in sales is also possible here.: restrictions will certainly not take effect immediately and until some time everything will work “in the same mode”. I think, that Chinese counterparties will take advantage of this and increase the volume of orders at times, to buy equipment. So that, may be, listed companies expect quarterly records. This, however, could be a problem: against the background of record sales, the inevitable subsequent drawdown will look especially unpleasant for investors.

It will also come back to haunt the publication of the financial statements of these companies in a year., when will the results of the same periods of 2022 and 2023. We could see something similar in the case of food issuers and those, that from the consumer sector, in 2021, when their quarterly results had to be compared to the record sales of the quarantine spring 2020: the contrast was clearly not in favor of "usual" indicators 2021, which led to the disappointment of investors and unpleasant fluctuations in quotes.

about titles and translation 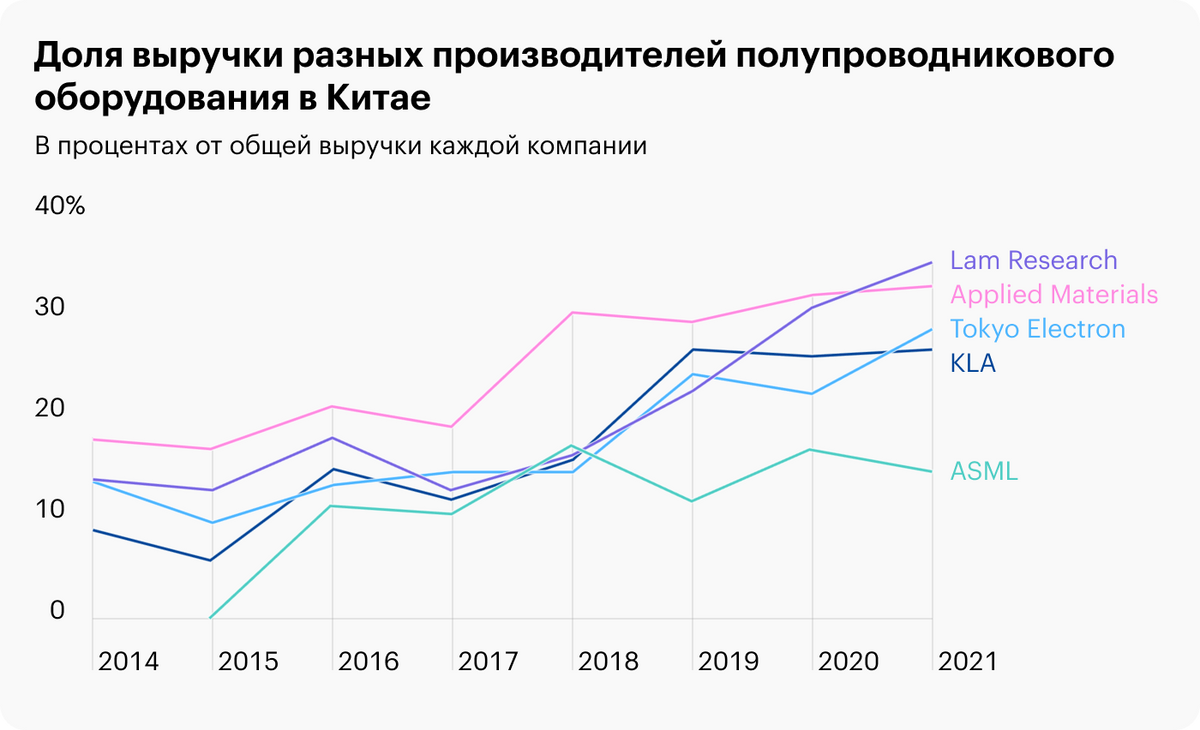 American budget airline Spirit Airlines (NYSE: SAVE) refused to be sold to another airline, JetBlue Airways, and plans to move further towards a merger with another low cost carrier, Frontier Group. I believe, that a careful analysis of this story will be very useful for investors.

Somewhat earlier, in the first half of February, Frontier offered to buy Spirit for $2.9 billion and create a new one, united company, in which Frontier will have 51,5%. In this new company, Spirit shareholders will receive 1.9126 shares and a one-time payment for each share they own. 2,13 $. In total it turns out 25,83 $ for the Spirit share - a premium of almost 19% to the stock price at the time of the news. This, basically, Not bad, but very far from the historical highs of the company's quotes - its shares have not recovered from the coronacrisis impact.

In April, JetBlue offered Spirit a more interesting deal.: sell at a price 33 $ per share, with a prize in 37% to Spirit's share price at the beginning of April. But in the end Spirit refused.

The only reason for the failure is the possible blocking of the merger of JetBlue and Spirit by regulators.. A merger with Frontier, on the other hand, has a better chance of getting government approval and, Consequently, successful completion of the transaction. The Spirit and Frontier routes overlap less than 40%, which might make regulators a bit more benevolent.

But JetBlue often becomes a target of regulators and a defendant in antitrust investigations - so they may not be allowed to buy Spirit. You can say, that Spirit preferred a tit in the hands of a crane in the courts - the deal with JetBlue was better, but the merger with Frontier is more likely to succeed, because you can sue regulators indefinitely, what Spirit can't afford: the endless pandemic is killing her business and she is operating at a loss.

If the merger between Frontier and Spirit happens, then the combined company will become the fifth in the United States in terms of the number of passengers. But that same pandemic created a demand for consolidation among airlines.. Maybe, we should look at smaller airlines: suddenly their larger competitors decide to expand. 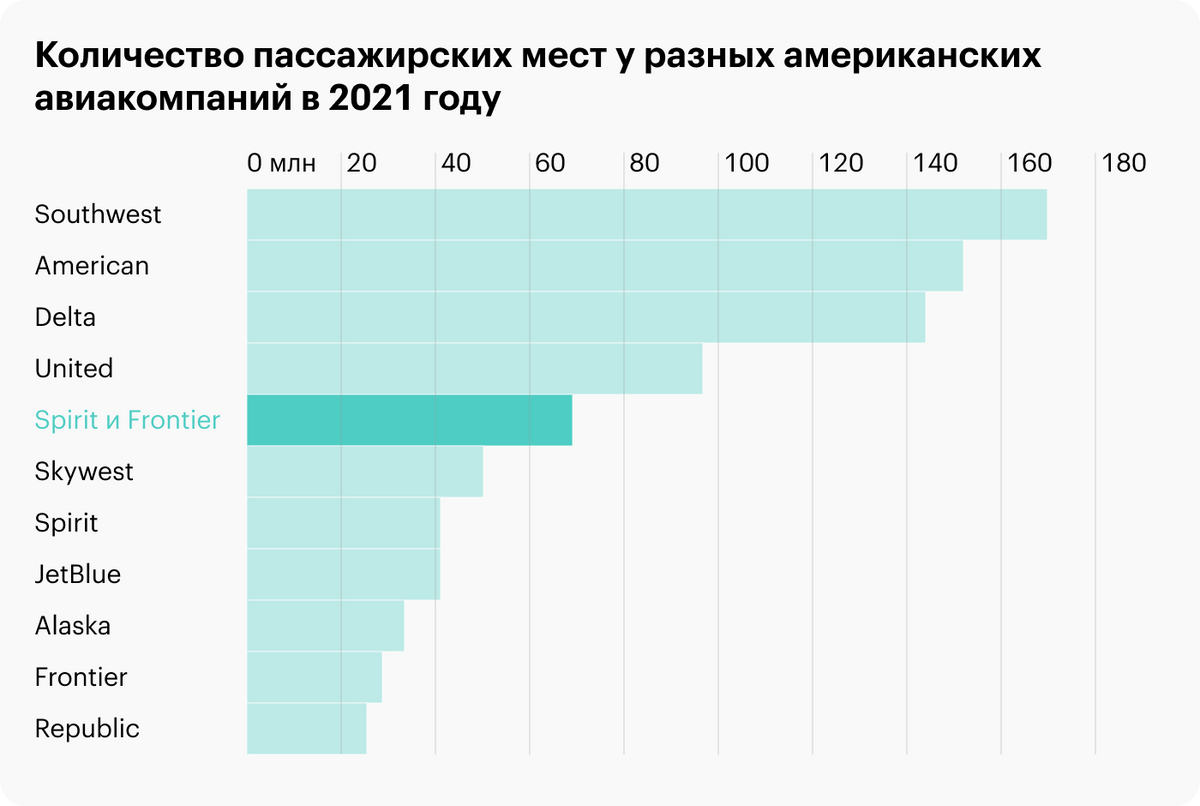 Spirit and Frontier stats: How do their operations overlap?

The usual number of the shares to trade on the NYSE

​​ $SPCE Why Virgin Galactic Shares Fall Again? Will Virgin Galactic conduct space flight tests next month or not? Space tourism company Virgin Galactic plummets for second straight session on Thursday, closing on 3,8% Fall, and a fraction of a percent lower on wednesday.   What the coming day has in store for us?

Teladoc (NYSE: TDOC) - American site, on which clients are provided with services in the field of telemedicine. The company shows a good level of improvement, but the limitations of the format do not allow this sector to be considered truly promising.. And this is not good news for the owners of the company's shares..   "MS on US default"

Fuck the master, he has nothing more to read.