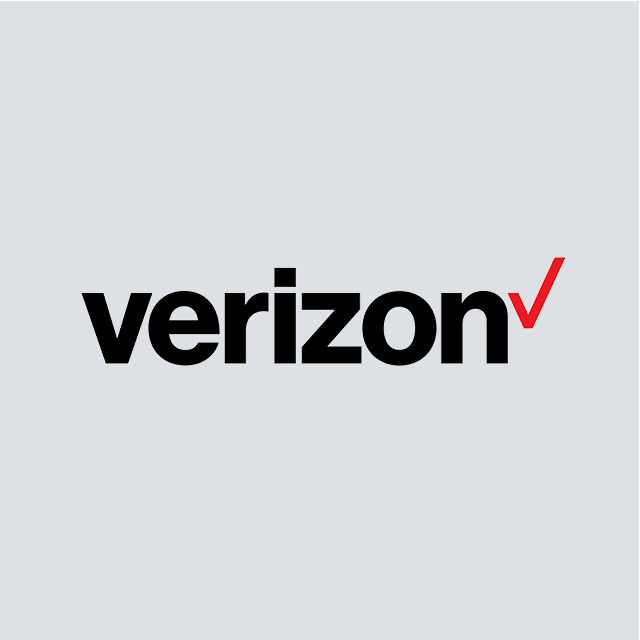 Verizon CommunicationsVZ44.98 $BuyService in partnership with Tinkoff Investments. Quotes are updated every 15 minutes

The history of Verizon originates from the company Bell Atlantic, which was formed as a result of the separation of the monopolist AT&T in 1983. The company operates mainly in the USA. The company is headquartered in New York, the staff consists of more than 118 thousand people.

Verizon is the largest wireless carrier in the United States, from 142.8 million subscribers at the end of 2021. The company is included in the list of the world's largest fortune companies 500.

The company's activities are carried out in two directions:

Includes such areas, as a small and medium-sized business, global enterprises, public sector, wholesale. The share of the segment at the end of 2021 was 23,2%.

At the end of 2021, Verizon's revenue grew due to the growth of the consumer segment by 7,6% and business segment on 0,3%. Operating profit and margin increased due to operating income growth. As a result, net profit increased by 23,27%, and FCF fell on 18,33% due to a decrease in operating cash flows by 5,33%, as well as an increase in capital expenditures for 11,51%. In general, we can state the recovery of the company's indicators after the crisis of 2020.

It is worth noting, that despite the significant increase in debt in recent years, the company does not experience problems with servicing its debt obligations. The interest coverage ratio increased to 9.3× in 2021, compared to 5.8× in 2017.. Most of the company's debt payments fall on the period after 2026.

In the U.S. mobile market, the key is the fight for the 5G market.. Today Verizon, AT&T, T-Mobile – National Tier One Wireless Carriers, and collectively they control roughly 90% U.S. Wireless Market. And at the moment, based on the coverage area, T-Mobile operator wins the race.

On the other hand, coverage area does not guarantee the growth of the company's financial performance. Based on the average revenue per user (ARPU) T-Mobile matters less, AT&T is the highest rate, a Verizon has a history of growth in this indicator.

According to forecasts, 5G networks will bring 26% revenue from wireless services in 2024. With fixed wireless access, Verizon expects, that revenue growth from this segment will be no less than 3% in 2022, and starting with 2024 - not less 4%.

Despite growth towards 5G, the global wireless market, probably, will be in a stagnant state - this is evidenced by the experience of introducing 4G. Between 2012 and 2018, when 4G coverage has grown since 4 to 61% around the world, the size of the U.S. wireless market grew by less than 1%.

about the probability of recessions

Considering, that the potential of the communications market is limited, Verizon is betting on M deals&A. And the last deal is Tracfone, prepaid mobile provider, purchased for $6.25 billion in November 2021.

Verizon management expects to receive additional income in the amount of one billion dollars, and approximately a billion due to cost synergies by 2025.

The company is also restructuring its business. In September, Verizon closed the sale of Verizon Media Group to Apollo Global Management for 5 billion, while retaining a minority stake.

As a result, in the coming years, one should not expect high growth rates of financial indicators from Verizon.: increased competition for users can be expected, building an ecosystem, cost optimization. 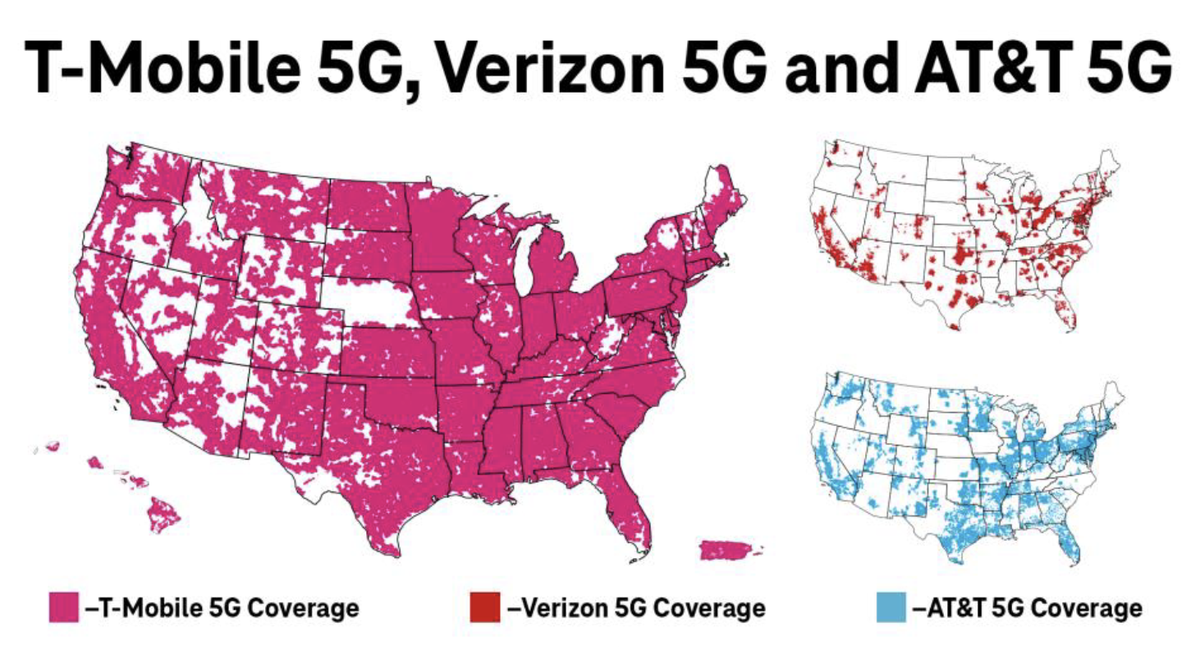 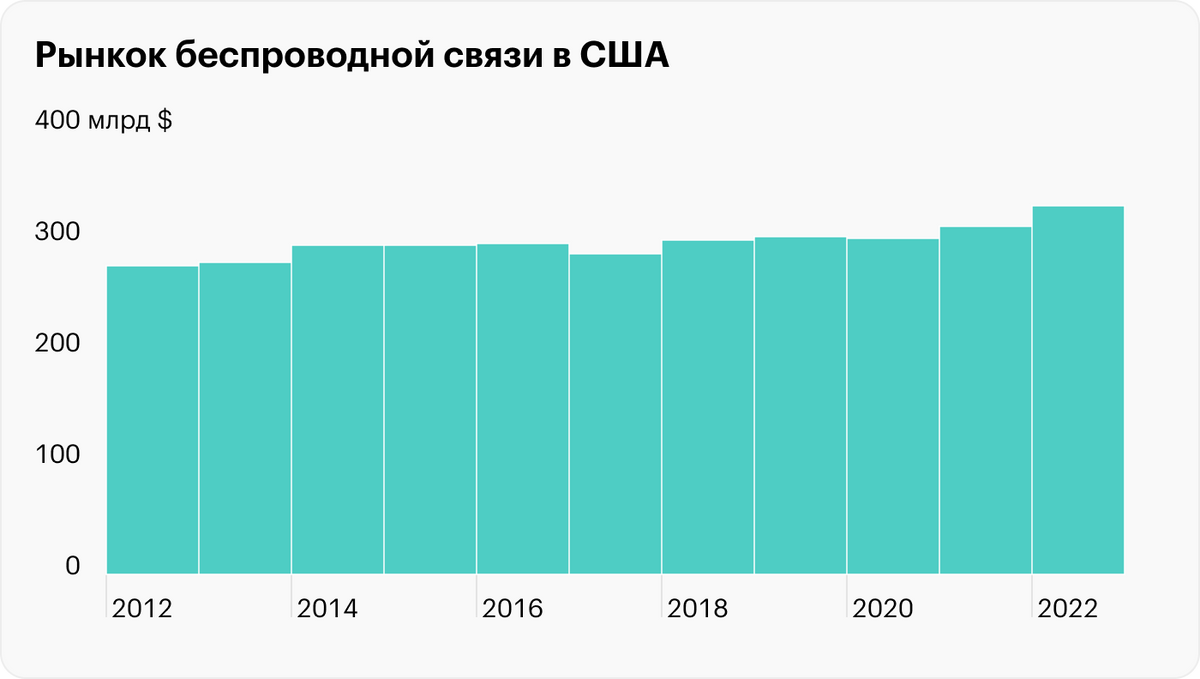 Given the situation on the company's market, wise to know, how effective the company is compared to the nearest competitors.

The revenue growth rate will show us, how successful the company is in its market, are its services in demand?. RoE ratio shows the financial return on the use of a company's capital, allows you to assess the quality of work of financial managers.

As for Verizon animators, then in comparison with the nearest analogues, the company looks overvalued, and compared to the median values of the telecommunications services industry — neutral.

Considering, that the analysis of multipliers did not give a definite answer on the feasibility of buying these shares, it was decided to draw up a simple DDM-model based on discounting future dividends by 5 years to determine the fair price of a share. The data on the risk-free rate were based on the data on the average monthly return of the index of five- and ten-year US government bonds.

everything you wanted to know about the mortgage crisis

It is worth noting, that Verizon Beta below 1, — this indicates, that the company's shares are less subject to the general market trend.

When constructing the forecast of financial indicators, analysts' forecasts were taken into account, average growth rates of indicators, risk premium data. The model is calculated with two discount rates and predictive prices to improve reliability.

As a result, the target price of the share, calculated by this method, is 70.5—77.7 $, growth potential to current levels — 45—60%. To make a decision to buy shares using discounting models, upside potential from 20%. Respectively, Verizon shares fall within this range and may be considered for purchases at current levels..

At the end of 2021, the company sent $ 10.4 billion to pay dividends, which brought potential profit 4,85%. VZ shares are a classic dividend story: company 22 continuously pays dividends for years. Dividend growth rate for 5 years was 1,67%, and the payout ratio did not exceed 55%.

The Company does not conduct buyback programs. However, management said, that will consider this possibility, when the ratio of net unsecured debt to adjusted EBITDA of 2.25 is reached×. At the end of the fourth quarter of 2021, the ratio was 2.8×.

At the end of 2021, Verizon showed an increase in profit and revenue and recovered from the coronacrisis. The company increased its debt burden to a record level, but despite this, the level of debt does not cause concern.

The company looks more efficient in management, than closest competitors. The main market of the company is wireless communication, That, according to forecasts, will show minimal growth: investors should not count on the rapid growth of stock quotes.

In conditions of uncertainty in the market, companies are safe, producing essential goods and services, which include companies from the telecom sector, which have low volatility.

To some extent, VZ shares can be perceived as a quasi-bond. Given the DDM model, you can add this stock to your portfolio, to receive dividends.