Valero Energy CorporationVLO$119.97BuyService in partnership with Tinkoff Investments. Quotes are updated every 15 minutes

Valero Energy (NYSE: FLEA) - American fuel manufacturer. The company combines the processing of traditional fuels and biodiesel. The current situation is favorable for her, but still can change.

Valero Energy is engaged in oil refining at its refineries - refineries. According to the company's annual report, its revenue is divided into the following segments.

Oil refining — 93,84%. Chemical manipulation, as a result of which we get the goods we all need: gasoline, distillates and other products. This includes their subsequent sale.. Segment operating margin — 1,74% from its proceeds.

Biodiesel production at a joint venture — 2,05%. Segment operating margin — 30,27% from its proceeds.

Production and sale of ethanol and cereal by-products, obtained by distillation, — 4,11%. Segment operating margin — 8,46% from its proceeds. 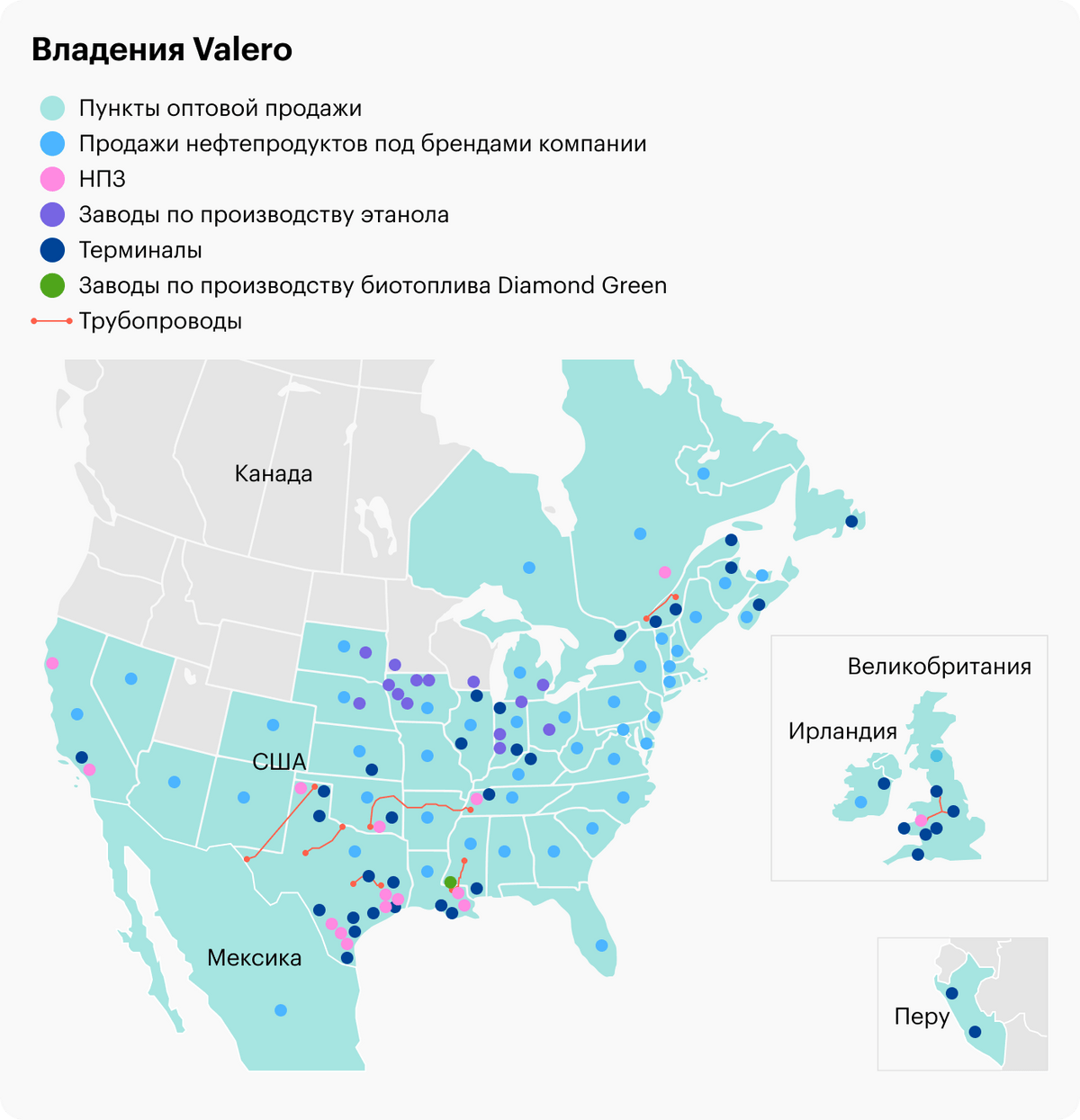 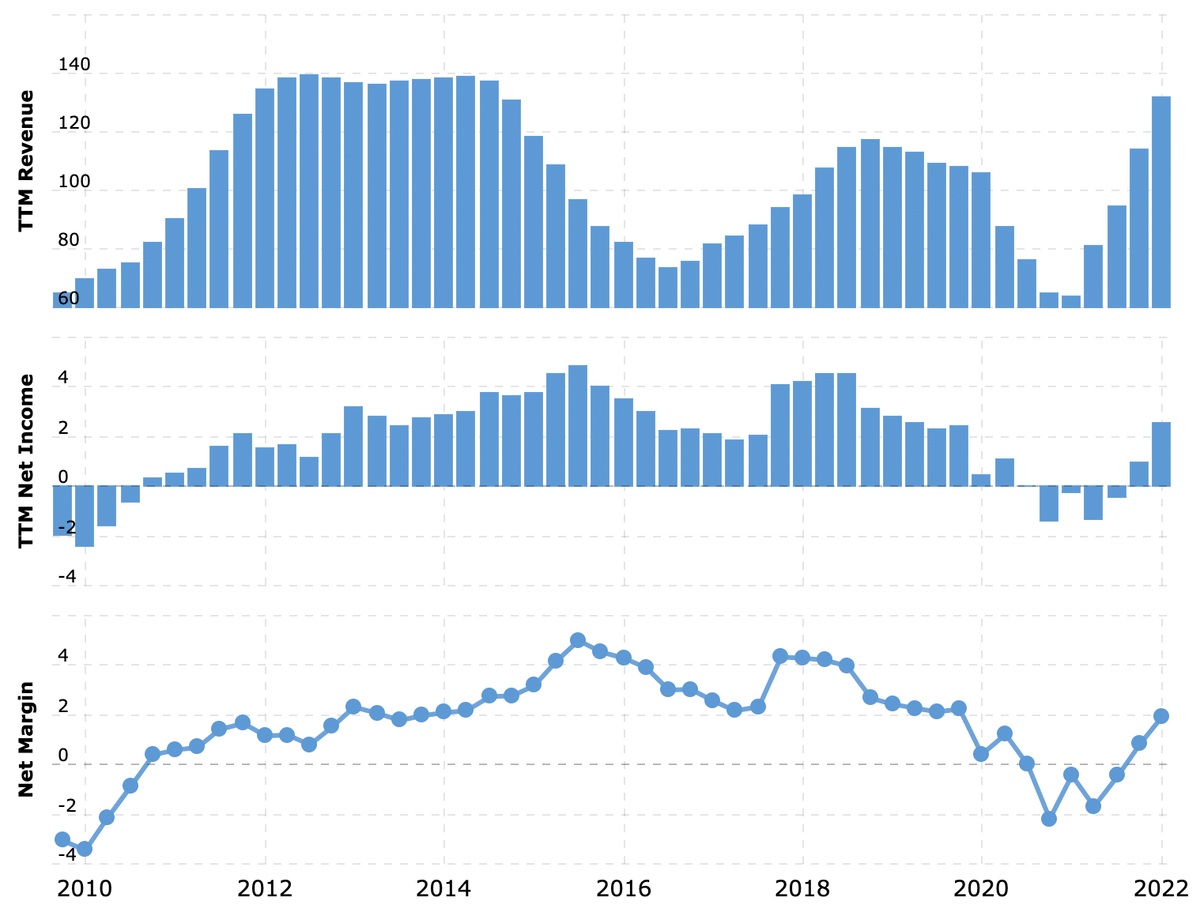 recycle it. Statistical information from the United States on the export of petroleum products and fuel reserves suggests, that Valero will have a very active quarter this quarter. Although it should be noted, what are the signs, saying otherwise. But in my mind, it's better to be an optimist.

Wrecked. The company pays 3,92 $ dividend per share per year, which gives a good dividend yield 3,36% per annum. This could attract a lot of passive income enthusiasts to stocks..

ESG. Ethanol and biodiesel combined do not yet account for even a third of the company's revenue, but both segments are developing intensively. Valero is also actively working to reduce emissions and generally tries its best to show in its presentation materials, how much she wants to follow the progressive agenda. This can give its shares a significant bonus due to the influx of ESG investors into them and make it easier for the company to obtain loans., what would be useful in her situation.

Can buy. The main refinery business of the company as a whole is firmly on its feet, and Valero itself is a major player in this area. With a capitalization of around 47.58 billion and the above pluses, it may well be bought by some large energy holding.

Operations in the Gulf of Mexico

Accounting. The company has 39.99 billion dollars of debt, of which 19.785 billion must be repaid during the year. There's not a lot of money at her disposal.: 2,638 billion in accounts and 13.080 billion debts of counterparties.

With interest rates rising and borrowing more expensive, repayments could cut, which will cause prices to fall., because over the years of increasing payouts, a lot of dividend lovers have crammed into the stock.

The company's profit situation is uneven: periodically there are losses due to force majeure, and her business requires serious injections of money to maintain infrastructure.

Not so good. U.S. refinery utilization rates are now quite low for this time of year. There are also huge risks to consider., that the company's operations in the southern states, where it has a significant part of the power, may be interrupted, when or if another flood hurricane hits Texas.

Plus, there is a permanent threat of a repeat of the hard quarantine of 2020, and it will hit the company's business hard. 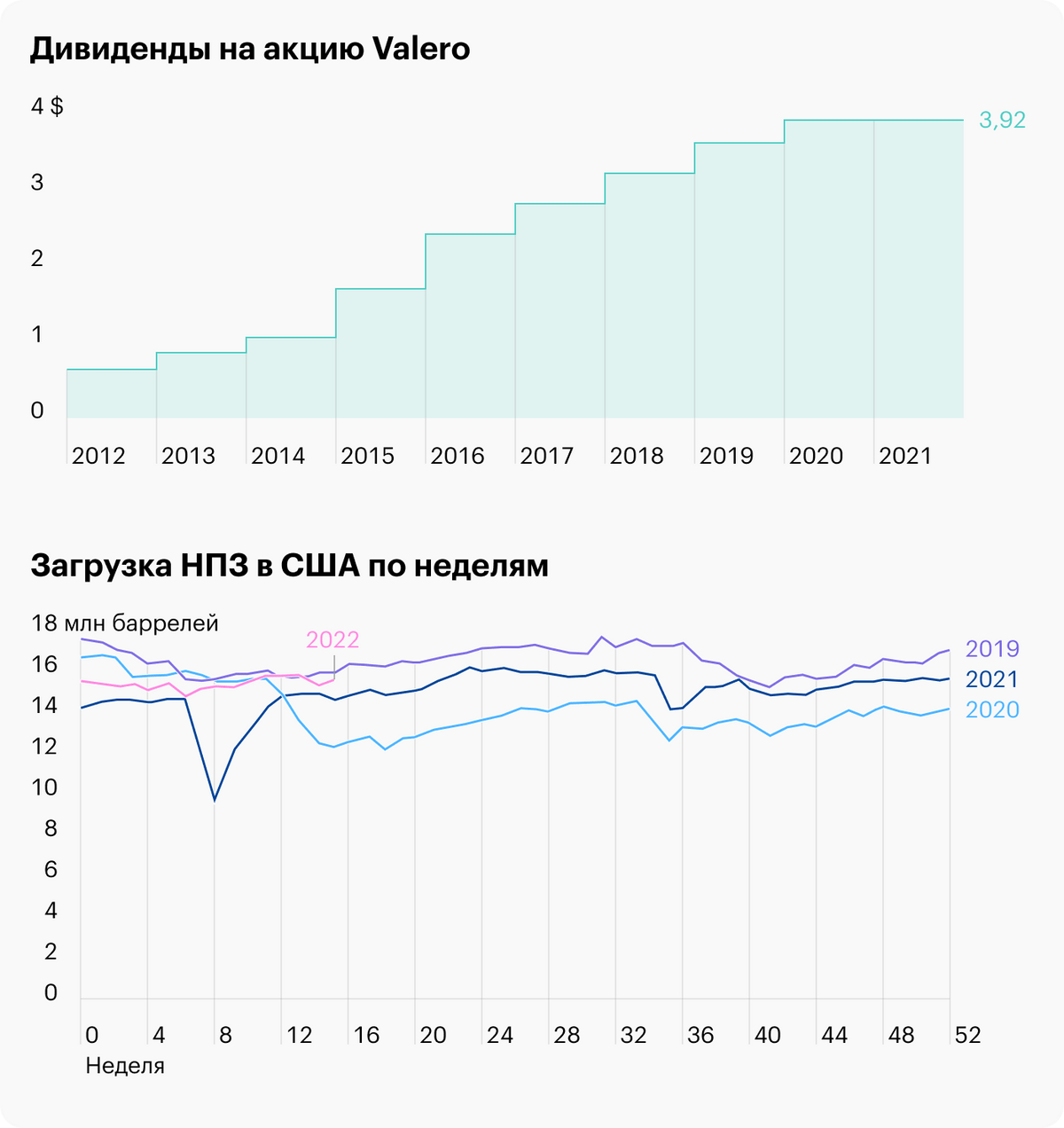 20 November 2020, when the company's dividend yield was 7,65%, I took these shares at a price 51,92 $ waiting for that, that an influx of green energy enthusiasts and dividends will pump them up to 60 $ over the next year and a half.

The stock's target price was reached in just 13 days, and now they are standing 116 $, and I'm thinking of getting out of them. But still there is a possibility, that the company's shares will continue to rise.