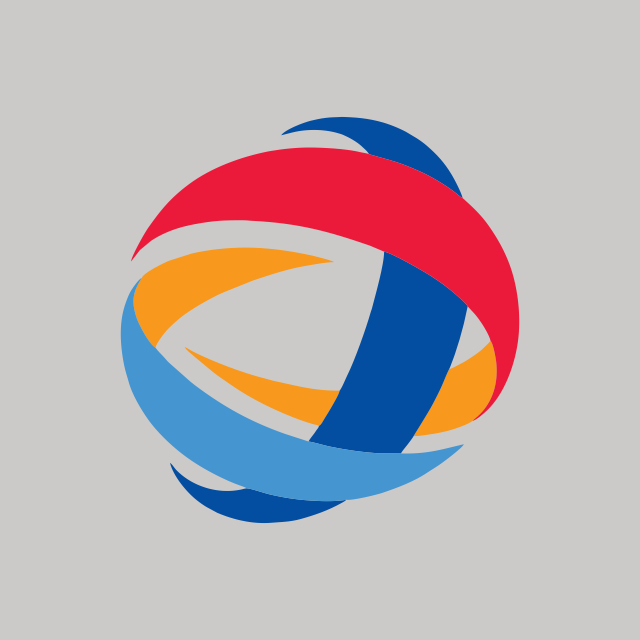 TotalEnergies SETTE51.17 $BuyService in partnership with Tinkoff Investments. Quotes are updated every 15 minutes

Scope of the company

Basic facts about the company:

Total Energies conducts its main operations in Europe, Asia and the Pacific, Africa, in the Middle East, and in North and Central America. Total is headquartered in Courbevoie, in France.

history of the company

Total was created in 1924 under the name Compagnie Française des Pétroles on the initiative of Raymond Poincaré, then President of the Council of France. Poincaré appointed Ernest Mercier as the head of the company, entrusting it with the mission of making Total one of the largest players in the French oil market.

The activities of the Compagnie Française des Pétroles have developed rapidly, and in 1929 the company was listed on the stock exchange. It wasn't until 1954 that the Total brand appeared.. Since the mid-1980s, the company has opened its first gas stations in France.. At the same time, the company develops patronage and sponsorship activities., especially in motorsport and Formula 1.

Since 1999, the Total Group has continued its development after the acquisition of the Belgian company Petrofina, which gave rise to the Total Fina brand. A year later, the band acquired Elf Aquitaine., and in 2003 was renamed Total SA. Thanks to this merger, the company has established itself as one of the leading French groups in terms of turnover..

The company's financial flows remained stable all the time, except for the 2020 oil crisis. But thanks to the lifting of coronavirus restrictions and the recovery of the market, the increase in net and operating profit in 2021 amounted to 43 and 40%, respectively.. The difference is all in 3% between these indicators means, that Total Energies does not incur additional transaction costs.

Valuation of the company by multipliers

Current Total Energies multiples are below or well below industry average, as the company heavily increased debts as a result of falling oil prices in 2020, Besides, it has a considerable stake in Russian hydrocarbon production projects.

For example, Total Energies belongs to the order 19,4% shares of the Russian producer of liquefied natural gas "Novatek". At the moment, investors are looking at this negatively., as a company, maybe, will have to face a loss when withdrawing from these projects.

Despite rising debts in 2020, Total Energies' financial position is stable. It coped with the difficulties and already in 2021 the obligations were reduced.. Now the debt multiplier / Total Energies' EBITDA is 1,59 against 2,43 by industry. Debts are confidently covered even with an increase in current costs for their servicing due to higher rates FED.

Is planned, that the size of the global oil and gas exploration and production market in 2022 will be 5 trillion US dollars, it's on 27,5% more compared to 2021. The growth is mainly due to the fact that, that companies are rebuilding their operations and recovering from exposure to COVID-19.

Prospects and strengths of Total Energies

LNG market. Total Energies produces about 18 million tons of LNG per year. By 2026, the company plans to increase this figure to almost 30 million tons annually, and by 2030 it expects it to be at the level of 40 million tons. The company's forecast for the price of JKM was approximately 432 $ per ton of LNG.

But at the end of 2021, LNG prices soared to $ 2.5 thousand per ton.. Given that, that European consumers are in a hurry to get away from the supply of natural gas through pipes from the Russian Federation, LNG supplies from the United States and its own sources, such as Total Energies, will only increase. Assuming, that the company sells all of its annual products at these prices, this will result in a huge additional cash flow of over $30 billion..

Research and development in terms of business diversification. Total Energies improves its technology, to reduce carbon footprint and greenhouse gas emissions, and improve the efficiency of mining. The company increases capital expenditures to 14-15 billion dollars, wherein 50% costs will be used to increase capacities in terms of renewable energy sources to 16 gigawatt of total capacity.

Right now, this value is 10 Gigawatt, and by 2025, the company sets a goal to achieve already 35 Gigawatt. This will allow it to enter the top five largest producers of renewable energy sources..

Share buybacks and dividends. If average oil prices in 2022 do not fall below 80 $, which is almost guaranteed, taking into account the increase in demand and the fall in production in the Russian Federation, then operating cash flow will be approximately $27.5 billion. After deducting capital expenditures, $13 billion will remain. Now the company's dividends, taking into account the growth on 5% will make up 2,77 € per share and cost €8.3 billion a year.

After all the payments, Total Energies has almost 5 billion left. It means, that in the coming years, the company will have a lot of cash leverage to grow its dividend payments., increasing the share repurchase program or reducing debt. You don't need triple-digit oil prices to do that..

According to the company's statement, every increase in oil prices by 10 $ per barrel increases operating cash flow by $3.2 billion.

Large share of participation in Russian hydrocarbon production projects. As mentioned above, The French company is one of the largest oil investors in Russia. It owns the following assets:

Total Energies also has other various stakes in renewable energy projects and chemical companies in Russia.. This is the main reason, for which the company's quotes refuse to grow at a faster pace in the current favorable conditions. Abroad, it now carries image risks., Besides, it is possible, that in the event of the sale of its assets in these projects, Total Energies will have to make a good discount to new buyers.

Sector cyclicality. Worth remembering, that companies like Total Energies operate in a cyclical sector. This means, that oil and LNG prices will not always be at such high levels. It is necessary to conduct a predictive assessment of the company.

Investments in a new business for the production of renewable energy sources will not pay off until 2030. Another risk of Total Energies is that, that the company invests significant sums in new business. From 2021 to 2026, the planned amount of such investments is $ 15 billion. At the same time, the company does not expect positive free cash flow from them until 2030., demonstrating a long-term business plan, which may not be justified.

Given the trend towards the transition to renewable energy sources, current oil prices are unlikely to stay with us for a long time., despite the very long payback of green energy. But the company understands everything perfectly well and should take this into account - Total Energies seeks to diversify the business taking into account this trend..

Besides, Total Energies is also able to make the most of the current market conditions in the oil and LNG market., while having an attractive score on multipliers.