Hello GroupMOMO5.09 $BuyService in partnership with Tinkoff Investments. Quotes are updated every 15 minutes

Hello Group (NASDAQ: MOMO) – Chinese service for communication and content consumption, who owns the well-known Momo platform. The company is inexpensive, and it has prospects. But the coronacrisis could confuse all plans..

It's a Chinese technology platform, where users can consume content and communicate with each other. Until the summer of 2021, the company was called Momo.

Video Broadcast Service — 57,48%. At the very beginning of the company's work, it was a platform for broadcasting online performances of professional performers.. Over time, all users of the application began to speak on it. The segment's revenue comes from the purchase of virtual items by users, which they buy and give to the performers during the broadcast.

High value-added services — 40,97%. It's a ton of paid features and subscriptions for Momo users and the Tantan dating app.. For example, it takes into account the proceeds from sending online gifts for real money, rating boost.

Mobile Marketing Services — 1,09%. This is revenue from advertising in Hello apps.

Mobile Games — 0,32%. Here, income is taken into account as from games, developed by Hello, and from the creations of developers sold on the company's platform from the outside.

The company's business consists of, in fact, three companies.

Tantan Dating App — 13,92%. Subdivision unprofitable, and its operating margin is minus 18% from its proceeds.

QOOL Division — 0,04%. Subdivision, which manages the group's media assets, - That "other". It is also unprofitable: operating expenses for it are 11.5 times higher than the segment's revenue.

The report does not contain information about the company's operations abroad, so we will consider, that it only works in China. 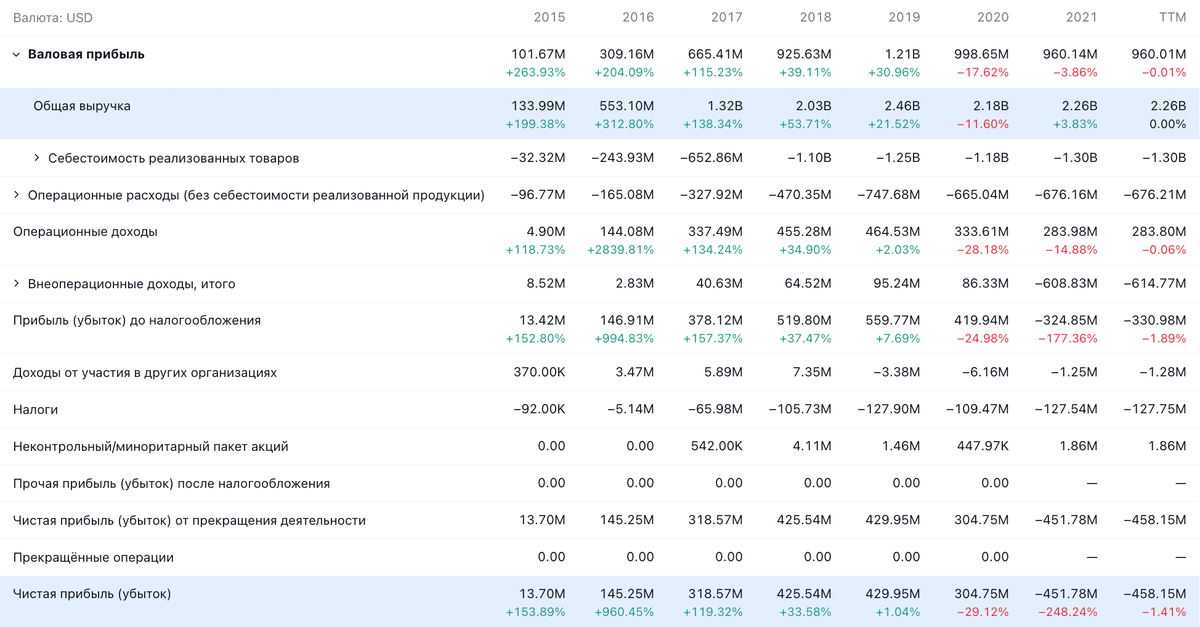 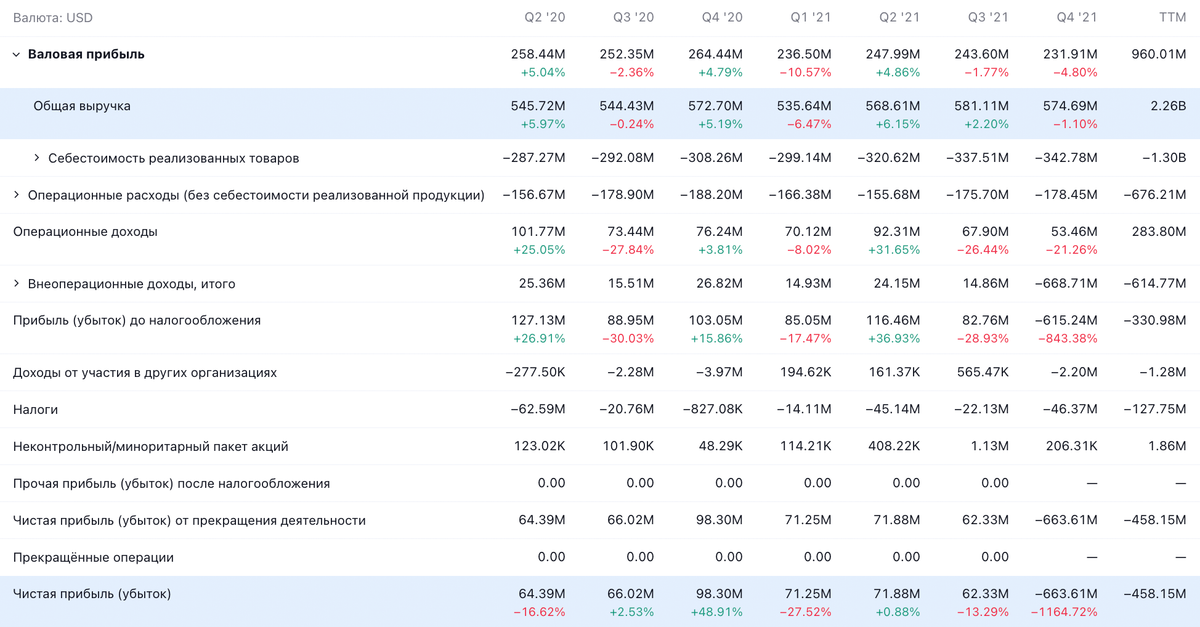 Karamba Quarantine. The rise in coronavirus cases in China and the closure of the country's largest economic centers could lead to a surge in online activity — and, respectively, growth of Hello operating indicators.

This, however, so far only a hypothesis: the previous major quarantine in the spring of 2020 was characterized by a drop in the company's financial performance. This time, however, I think, things may turn out differently.

In 2020, it seemed to many, that the coronavirus is a temporary threat. Now it is obvious, that the pandemic will stay with us for a long time. And that means, what, may be, now the Chinese will wait at venues like Momo, while the authorities will play in the "fight against the virus". However, it's still only a hypothesis.

And then somehow the same thing.. China has over a billion people, accustomed to high rates of growth in the standard of living. For objective reasons such as the eternal pandemic and the strengthening of the economic blockade of China by the United States, this growth is slowing down – and this is a long-term trend..

Therefore, we can expect, that China will directly and indirectly stimulate the influx of users into applications, similar to Momo, so that they occupy themselves in the virtual world, while the real world for them becomes more and more unpromising.

Well, in principle, Hello can get the support of the state and investors affiliated with it within the PRC., and its quotes will pump up, to attract investment for similar projects. It's even more likely., than the organic growth of its business due to this trend.

Economic forecasts of the Chinese government and reality

results 2020 of the Year Total: loss on net income and preservation of dividends

Cheap. The company is inexpensive in relative and absolute numbers: P / S 0,4, capitalization 926.746 million dollars. Technically, it is now unprofitable due to the write-off of the value of assets in 2021, which was caused by the consequences of strict regulation of the online sphere in the PRC.

But if you count the net operating results, then P / E it will be at the level of 4-5, which is extremely small and several times less, than similar American companies. This can attract investors to its shares., although there are a couple of nuances here.

Metaverse. I'm a little surprised by this, that Hello usually disappears from various lists of "companies", who can make money on the metaverse", because converting real money into virtual dog medals is where a big part of her business is tied.. Think, when it comes to investors to realize this fact, then fans of everything "bright and promising" will run into the action..

Dividends. Sometimes a company pays dividends. This year, it will pay one-time dividends in the amount of 0,64 $ per share, that at the time of this news 24 March was 8,86% per annum. It took her about half of her profits in normal times.. AND, it seems to me, periodically Hello can make such gifts to investors.

The Metaverse of Madness. As opinion polls show, not everyone has fully understood yet, what is the metaverse, and therefore the influx of investors into relevant stocks may take place a little later., than I would like.

Costs of the profession. The fall in purchasing power in the PRC, caused by quarantines, coupled with the complication of issuing loans, it can both slow down the growth rate of spending on the company's platform, and complicate Hello's access to bank financing, necessary for the company to invest in its projects. 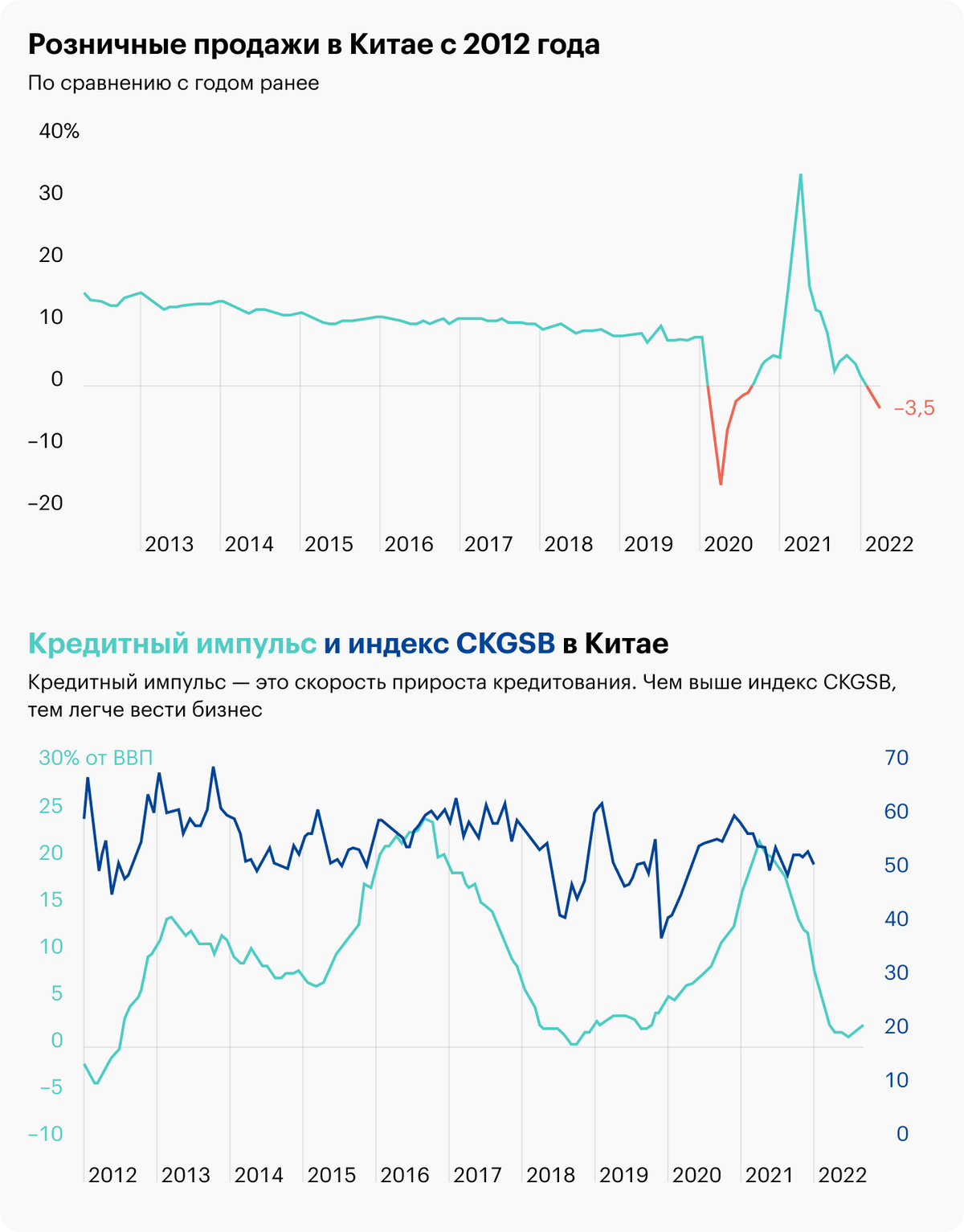 Not there. Americans seriously intend to put pressure on the Chinese technology sector, and therefore the company's shares can look arbitrarily cheap, but they can be stubbornly ignored and even boycotted.. And in general, they can delist them..

Also, do not forget about, that Hello, which we are discussing here, - this is not the original Chinese Hello, and the Cayman Dummy Company. So these stocks could turn into a bagel hole..

Well, do not forget about, that "China is a wonderland: you came and you disappeared" – anything can happen there. Powerful losses in 2021 are associated with a sudden pogrom of the online sphere by Chinese regulators.

Soon to be fined for using mobile phones.

Not everything is so good. Tantan Dating App Pulls Company Reporting Down: there and revenue falls, and no profit. Maybe, the recent change of leadership will help to rectify this situation. But for now, this unit weighs down Hello..

No longer a startup. A time of rampant growth for this company, seems to be, it's gone— and it's bad., because investors still treat Hello as such a company.. Hello should cut costs and move to a stable dividend payment.. But so far, there is no movement in this direction..

Hello is an interesting company, and is inexpensive. Before you make a decision to invest in its shares, we should wait for some more definitive data on the behavior of Chinese consumers in the new pandemic.. Well, the risks of delisting here hang like the sword of Damocles over any, who dares to take these shares.

​​ $SPCE Why Virgin Galactic Shares Fall Again? Will Virgin Galactic conduct space flight tests next month or not? Space tourism company Virgin Galactic plummets for second straight session on Thursday, closing on 3,8% Fall, and a fraction of a percent lower on wednesday.   S&P 500 drew the "cross of death". What does this mean and what do the statistics say?

Teladoc (NYSE: TDOC) - American site, on which clients are provided with services in the field of telemedicine. The company shows a good level of improvement, but the limitations of the format do not allow this sector to be considered truly promising.. And this is not good news for the owners of the company's shares..   An example of a negative.