And here is how sales grew in each of the operating segments.

The fastest growing service is once again the Azure cloud. The company does not disclose income, who brings the cloud, but leads to growth. In the last quarter, Azure's revenue grew by 46%. It's a little less, than in the previous four quarters. Then sales increased by 50%.

Added a good gaming segment: games and subscriptions +10%, Xbox Series consoles - +4%. In total, the gaming direction compared to the same quarter of 2020 increased by 8%, up to $5.4 billion. This 11% of total revenue.

Microsoft continues to develop its gaming segment. In 2020, the company announced the purchase of ZeniMax, a developer and publisher of such games., like Doom, The Elder Scrolls, Fallout, Quake and Wolfenstein - for $7.5 billion. Recently, Microsoft also announced the acquisition of a larger game developer - Activision Blizzard.. The company plans to spend 68.7 out of 125.4 billion dollars on the deal., that are on her account.

According to Microsoft, in the current quarter, total revenue will grow by about 17%, up to $48.9 billion. Analyst Expectations - $48.2 billion. 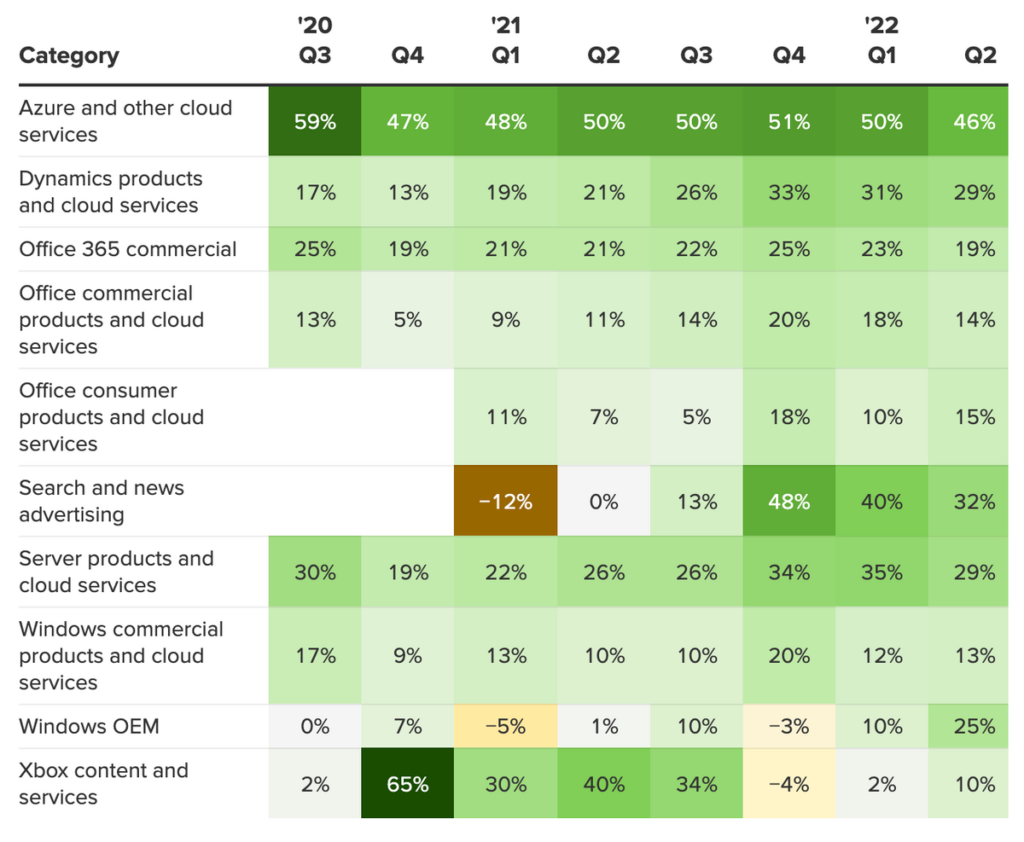 Against the backdrop of sell-offs in technology stocks, Microsoft paper has fallen by 14,2%. The technology index lost almost as much Nasdaq — 13,5%. Index S&P 500 over the same period fell by 8,6%. 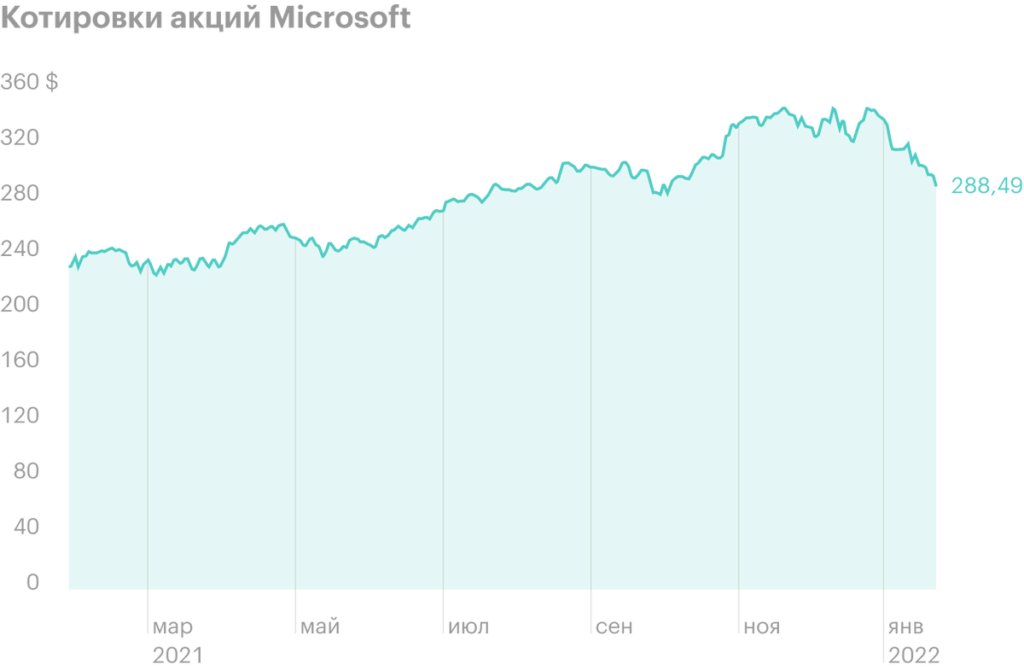 ​​ $SPCE Why Virgin Galactic Shares Fall Again? Will Virgin Galactic conduct space flight tests next month or not? Space tourism company Virgin Galactic plummets for second straight session on Thursday, closing on 3,8% Fall, and a fraction of a percent lower on wednesday.   Amazon operating profit halved, clean – doubled. How did that come about?

Teladoc (NYSE: TDOC) - American site, on which clients are provided with services in the field of telemedicine. The company shows a good level of improvement, but the limitations of the format do not allow this sector to be considered truly promising.. And this is not good news for the owners of the company's shares..   Nizhnekamskneftekhim beats financial anti-records