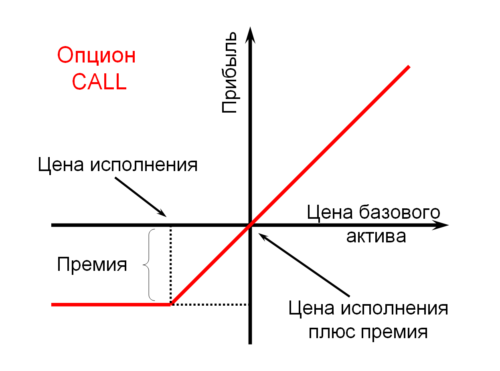 Option – это договор, which is between the seller and the buyer of the option. This agreement grants the right, but not a duty, the buyer to sell or buy the underlying asset at a specified price and within a specified period of time. Person, selling option, is obliged to buy or sell the selected asset at a price, specified in the option. Actually, option is a very complex instrument. Person, whoever buys it must hit three targets at once: make the right choice of the underlying asset, predict which direction the price will go and how fast this movement will be. As for the underlying asset, then it can be a regular share, индексом, фьючерсном. Option type can be buy and sell (call and put respectively). Buying a call option, trader expects the underlying asset to rise. Buying a put option, the trader expects the price to fall.

History of the appearance of options.

Of course, it is impossible to name the exact date of the appearance of the first option.. However, there are references to the use of options from ancient times.. The Romans and Phoenicians used special contracts in shipping. This type of contract is similar to modern freight options., which allow its owner to exchange one cargo for another.

Ancient Greek philosopher and mathematician Thales also used options, he bought them before the harvest, thereby securing the agreed price for raw materials for olive oil.

In the 1600s, options were popular in Holland among tulip growers and traders.. Manufacturers bought an optional way, guaranteeing ourselves an acceptable selling price. Buyers, in turn, purchased a call option, thus having the opportunity to buy tulips at a better price, not overpriced by manufacturers. Later on in Holland, options were used for speculative purposes.. When the panic sale started in the tulip market, speculators could not fulfill option obligations. Because of this, in addition to the devastating collapse of the Dutch economy, a ban was introduced on options trading in England.

IN 1872 year the financier Russell Sage introduced options to the American market. Traded on the OTC options market. However, options were not effective at the time., since there were no specific standards for volumes and timing. After the Great Depression 1929 of the year, strict controls were introduced in the American options market. Already in 1934 year option contracts were legalized. And the Securities and Exchange Commission was obliged to monitor options trading. 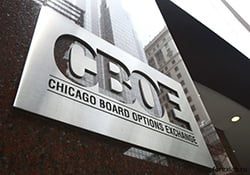 A strong impetus to the development of options was the creation of the Chicago Options Exchange (СВОЕ) in 1973 year. The creation of this exchange made it possible to standardize options, and also define a pricing model. Before the creation of OWN, options trading did not have large volumes, since any information, касающаяся опционов, was either hard to reach, or not available at all. Transactions were made by phone, dealers brought buyers and sellers together to conclude contracts.

Chicago Stock Exchange Allows Traders to Purchase Call Options on Stocks. The number of quoted options was actively growing, the number of members of the exchange also increased, to 1974 year there were 600. American law also helped the development of options, banks and insurance companies were allowed to exercise options. IN 1975 year, the volume of daily transactions exceeded 100 option contracts.

Options are very popular among investors today.. One of the most popular exchanges is Chicago. Options are used by both beginners in trading and professionals. Think, no need to answer the question, which one is using them correctly.

80% all US dollars have been printed for the last 22 months. Record inflation (8%) the dollar over the past year doesn't seem so big anymore..   Investidea: Box cloud service (NYSE: BOX)