Nu Skin (NYSE: NUDE) – supplier of consumer goods in the field of beauty and personal care. The company has survived the coronacrisis normally and offers shareholders solid payments. But rising costs can ruin everything..

The company is engaged in the development and sale of consumer goods. According to the annual report, its revenue is as follows:

The company has its production only in China, and 82% products for it are produced by third-party contractors. The company mainly makes sales through networks of representatives, but there are also direct sales.

Dividends. The company pays 1,54 $ per share per year. It is approximately 3,45% per annum - a fairly high yield in modern times. Forecasts of business development do not promise insane growth, but in general give us hope, that the company will maintain the current performance. So,, one can cautiously hope to maintain the current level of payments. 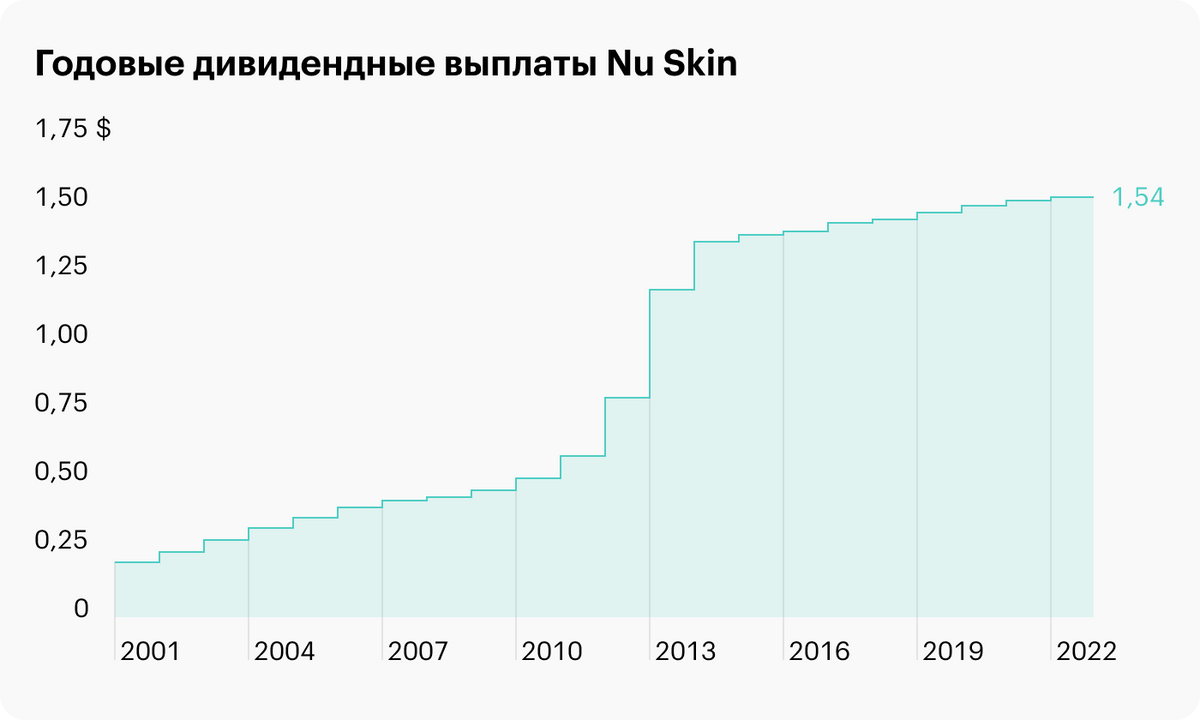 Courage in battle. The company's business coped well with the coronacrisis, which was supposed to limit the company's representatives to the possibility of presenting its products. However, online has largely offset the negative effect of the endless pandemic.. In addition, Nu Skin is cautiously developing various forms of online sales..

A miracle can not be expected, but the company is normally experiencing a new reality. Considering, that in the main markets for Nu Skin, the indicators of the normality index are in principle at a more or less acceptable level., I think, that these stocks may well attract investors through stability. Wild growth of operating indicators here, probably, will never be. But that, what the company has right now, looks very good.

Inexpensive. The company is inexpensive in absolute and relative numbers: capitalization — 2.22 billion dollars, P / E = 1,58 and P / S below 1.

Can buy. Considering all of the above, the company may well be acquired by some large holding. Nu Skin is a recognizable well-known brand, the company generates stable cash flow and, In general, won't be the worst investment for a major cosmetics manufacturer..

Accounting. If you want to take these stocks in the hope of a sudden increase in payments twice as much, I hasten to disappoint you. The company is already spending. 53,84% of its profit on dividends, so there is no special space for increasing payments here.

The company has a considerable debt burden totaling $993.708 million., of which 529.694 million must be repaid within a year. There is not so much money at the disposal of the company: 339,593 million in accounts and 41.229 million in counterparty debt.

It is also worth considering, that the total amount of debts of the company in retrospect rather shows a tendency to increase, although the last couple of years it has been declining. So that, I think, a significant increase in payments should not be expected here.

Production. The company's business as a whole is treading water, but the growth of production costs in the world for her in this case can be considered a big minus - after all, most of the goods she buys from third-party manufacturers. Nu Skin's business hasn't had a higher margin for the past five years. 9% from proceeds, so I'd be wary, that costs will have a negative effect on its reporting. 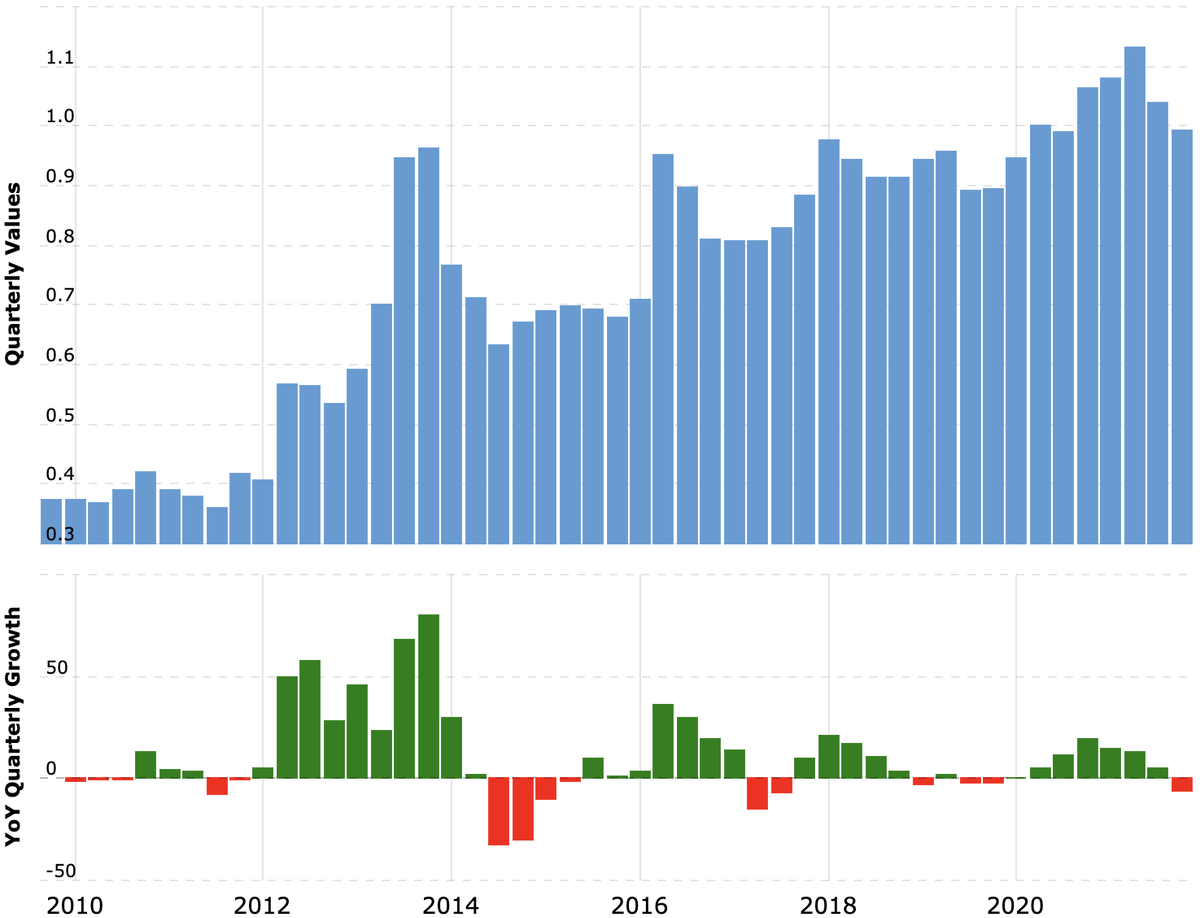 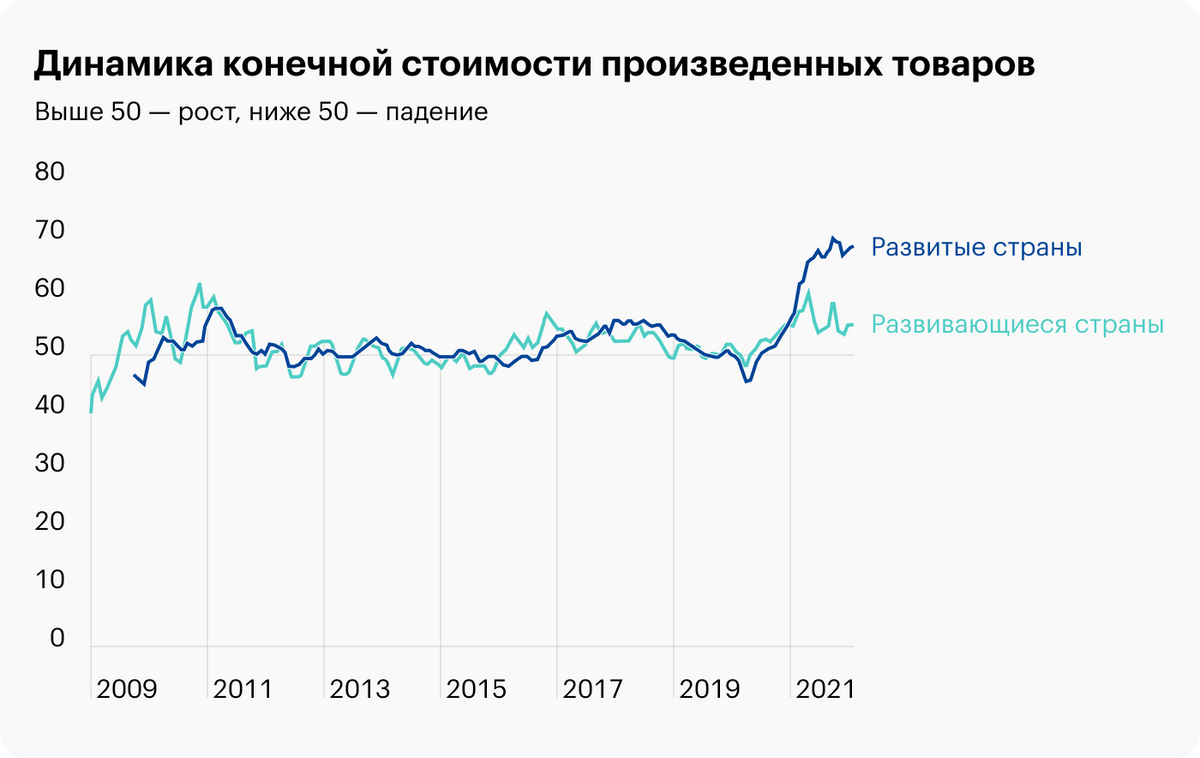 Nu Skin is an interesting company: quite stable and with good dividends. So it deserves consideration for investments "under the divas" for those, who cares about the issue of "working money".

​​ $SPCE Why Virgin Galactic Shares Fall Again? Will Virgin Galactic conduct space flight tests next month or not? Space tourism company Virgin Galactic plummets for second straight session on Thursday, closing on 3,8% Fall, and a fraction of a percent lower on wednesday.   What the FOMC Minutes Talk About

Teladoc (NYSE: TDOC) - American site, on which clients are provided with services in the field of telemedicine. The company shows a good level of improvement, but the limitations of the format do not allow this sector to be considered truly promising.. And this is not good news for the owners of the company's shares..   Oracle shares plunge five percent after positive earnings report for 4 quarter and 2021 year