Technology and industry are developing rapidly from year to year. When used correctly, they make the world more automated.. Internet of things (internet of things) one of the key technological advances in modern technology. IoT networking physical hardware and software using the Internet to create a more manageable environment.

Briefly about the Internet of Things

Smart home is one of the most practical areas of the Internet of Things, bringing the comfort and safety of the home to a new level. From one smartphone you can control almost all household equipment in the house.

Electricity meters with IoT devices, who tell us, how much electricity we use every day, set-top boxes, recording TV shows from remote devices, automatic lighting systems, fridge, ordering missing products in the store, advanced door lock systems and network-integrated video surveillance systems are examples of the Smart Home concept.

Large metropolitan areas are also using this technology with might and main.. Efforts are underway to integrate IoT into urban infrastructure to address critical challenges, such as traffic control, recycling, water distribution and power management.

In the industry, IoT from year to year occupies a leading position in the field of improving technological processes, protection of the environment and human protection. With the help of IoT implementation, enterprises produce goods and provide services much faster and more efficiently. Such tools are being developed to monitor farms in agriculture., like drip irrigation, sowing management, water distribution, process automation.

Himself term The Internet of Things was invented by Kevin Ashton in 1999 while working at Procter& Gamble. Ashton worked in supply chain optimization and wanted to draw the attention of senior management to an exciting new technology.. Since the internet was the hottest new trend of 1999, he called his presentation Internet of Things.

Despite, that Kevin interested some P&G, the term "Internet of Things" has not been widely used for the next few years. 11 years. The concept of IoT began to gain popularity in the summer of 2010., when the Chinese government declared it a strategic priority in its five-year plan.

In 2011, Gartner, engaged in marketing research, has included this evolving phenomenon in its list.

Where are IoT market products applied?

Active implementation of IoT technology in such industries, how production, Automotive & Healthcare, positively affects the growth of the market.

Besides, in the near future, under the influence of IoT, the fourth industrial revolution is predicted - Industry 4.0. When will it happen, enterprises will finally replace manual labor with the introduction of artificial intelligence.

Rates of growth, forecast and reasons for growth

A study by Microsoft's Industrial IoT showed, that already today 85% companies have at least one project using IoT technology.

Forecasted, that the volume of the global IoT market will grow from 381.3 billion US dollars in 2021 to 1854.76 billion in 2028 with an average annual growth rate (CAGR) 25,4% in this period. This is supported by these drivers., as the development of robotics and the introduction of 5G technologies. Thanks to the data transfer rate in 20 times higher, than 4G, high technologies will enter our lives even more tightly.

According to the International Federation of Robotics, Expected, that by 2025 the combined robot market will reach a value of 12.3 billion US dollars. Intelligent assistants will work side by side with workers, can be programmed for the most routine, tedious tasks and perform them with high precision.

Over the past year, several significant events have taken place in the Internet of Things market..

In January 2021, the Chinese government issued a press release., which outlined a three-year plan for the creation of 30 factories with full 5G connectivity. The statement did not contain any details about, what kind of factories, but one of them may be the factory in Qingdao of the Chinese consumer electronics giant Haier. This company, together with Huawei and China Mobile, announced in November 2021., that plans to roll out 5G in 100 factories by 2025.

In February 2021, German car supplier and IoT innovator Bosch unveiled its AIoT strategy. Bosch considers, that the combination of artificial intelligence and IoT will create billions of opportunities for market growth. In June 2021, the company opened a semiconductor plant worth 1 billion euros., known as its first AIoT factory.

In March 2021, Microsoft announced its version of the Metaverse, Microsoft Mesh - Mixed Reality Platform, which allows people, located in different physical places, join a shared holographic space on many types of devices.

In 2020, Nvidia introduced the Omniverse, virtual environment, which the company describes as a metaverse for engineers. In March 2021, John Paul Farmer, CTO New York, published a 78-page document entitled "Strategy for the Internet of Things in New York".

15 In December 2021, Samsara went public with an initial valuation of $11.5 billion on the New York Stock Exchange. (NYSE: IOT). Samsara is the first company in the segment of cloud software in transport infrastructure, which entered the public market.

What are the risks

Chip shortage. In January 2021, the largest car manufacturers, including Ford, Toyota, Fiat Chrysler and Nissan Motor, announced that, that they will have to cut back on car production due to a shortage of semiconductors.

The deficit initially affected the automotive industry, which is known for optimized just-in-time supply chains, but soon moved to other areas, such as computers, game consoles and IoT devices.

Although many car manufacturers claim, that the deficit for them weakened, supply situation remains tense. In November 2021, Nissan CEO Makoto Uchida said, that it is too early to say that, When will normal deliveries resume?. According to many experts, the deficit will last until 2023, when new production capacity becomes available – for example,, from TSMC and Intel.

Security breaches and protection of confidential data. Major security breaches, Unfortunately, have become common topics in the field of IoT technologies. Widely reported hacks of 2021 include Ransomware attacks on Colonial Pipeline and JBS Meat Processing Plant.. The defect has had a big impact on software worldwide, and some companies, such as Palo Alto Networks, released a special guide to fix a defect in IoT devices.

In June 2021, the McAfee Enterprise Advanced Threat Research team reported a major flaw in the security of Peloton's connected equipment., engaged in sports equipment for the home. According to Kaspersky Lab, from January to June 2021, there were one and a half billion cases of security violation of IoT devices, which is twice as much, than a year earlier.

One of the most vulnerable and attack-prone IoT devices are smart surveillance cameras – criminal gangs massively steal and sell private video recordings..

Companies on the market, shares, description

According to the latest IoT Analytics study, 613 companies currently operate in this segment. This segment includes both major players, and unprofitable startups. We will consider the possibility of investing in IoT through large companies with diversified businesses, to minimize the risk of losing money. these include such issuers., like Intel, Cisco and Oracle.

Has the lowest score on multipliers among competitors, as revenue in the major segments has recently stagnated. But the revenue from IoT was 14,4% of the company's total revenue in the fourth quarter of 2021 and showed an increase 36% year to year.

Revenue from IoT continues to increase. Now the company's clients are such companies, like Accenture and Audi. Intel has developed products for them, that help automate quality control and improve working conditions.

At the CEO 2022 conference, Intel introduced special processors, designed to accelerate your IoT applications. The company is in a hurry to develop in this direction, insofar as, according to her forecasts, by 2025 already 55% from all data will be generated by IoT devices.

Cisco (NASDAQ: CSCO). Cisco Systems, Inc. is developing, production and sale of products and services based on the communications and information technology industry. The company was founded by Sandra Lerner and Leonard Bosak. 10 December 1984, and it is headquartered in San Jose, California. Cisco Systems is well positioned to take advantage of technology developments.

Cisco is continuously improving its own developments in the field of IoT technologies. In the report for 2021, the company announced the introduction of several innovations, that extend the networking capabilities of wireless products and data protection, which will strengthen sustainable positions in the Internet of Things market.

IoT applications are already being used in road infrastructure and seaports.

Such big companies, like Microsoft, Amazon, Google and Alibaba, also penetrate this promising market. In total, these players are together with Intel., Cisco and Oracle – Control Almost 65% entire segment.

Companies invest heavily in advanced technologies, such as artificial intelligence and cloud computing. The investments allowed key market players to develop their business and gain a competitive advantage in various end-user industries.. Today's market players are investing heavily in startups and medium-sized companies to provide effective solutions to end users in healthcare., production and retail trade.

The IoT Platform Market Continues to Concentrate, and 10 the largest of them are now controlled by 65% the whole market. Microsoft, Amazon with AWS, Google Cloud, Alibaba has become leaders and continues to outpace the overall market with growth rates +50% in year.

Microsoft recently unveiled new features for its retail IoT solutions, using cameras and sensors to create smart spaces. Besides, the company demonstrated its own development of Azure Digital Twins for building management.

The development of IoT has great potential and a promising market share, as its value grows. Investing in IoT is better through proven companies with large cash flows. As the competition continues to intensify, you need to be more attentive to unprofitable startups. Follow the reports of companies and revenue growth rates in the IoT segment. Main, so that they do not fall below the market. 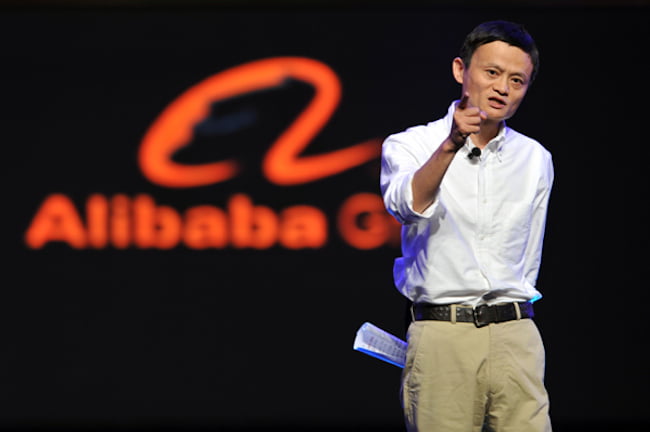