NetflixNFLX206.24 $BuyService in partnership with Tinkoff Investments. Quotes are updated every 15 minutes

Today we have a very speculative idea: take shares of streaming service Netflix (NASDAQ: NFLX), to capitalize on their rebound after a recent big drop.

Why stocks can go up: because, as Tom Wilkinson's character said in Guy Ritchie's "Rock and Roll", "no school, except for the old school, and I'm the director!». Netflix actually invented and created this streaming of yours from scratch, and it is the only profitable company in this sector.

well, you know this for sure. And if you don't know, you will know now. Netflix is ​​a streaming service, where you can get full access to the entire content library on the company's platform for a subscription: Movies, serials and TV shows. Among the content on the platform is available as licensed products of other companies, as well as films, series and programs produced by Netflix itself.

The company has 222 million subscribers - and they generate almost all the income. Another insignificant percentage is given by the DVD business, where Netflix once started. Basically, in my old investment idea for the company, a fairly complete description of its business is given. 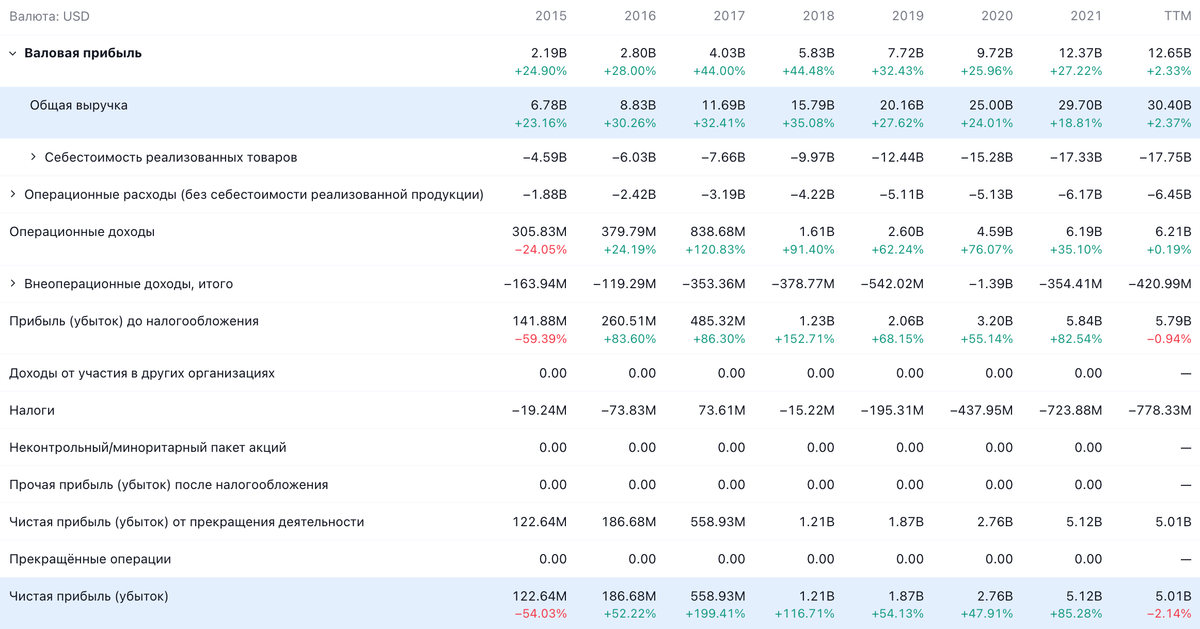 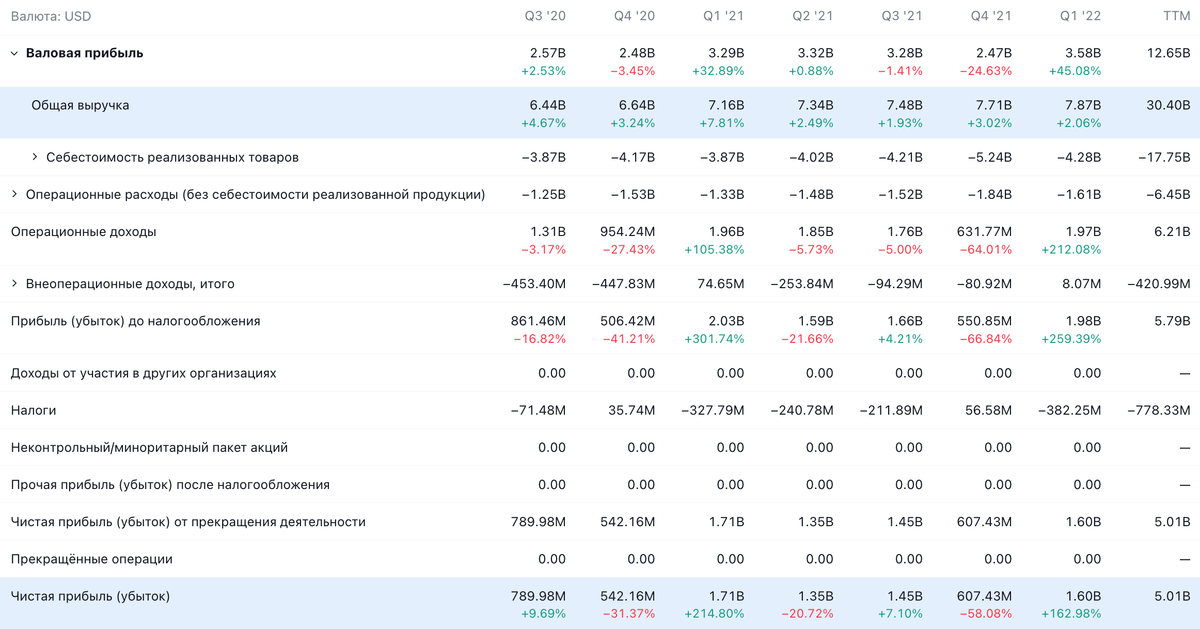 Fell down. The company's shares have fallen sharply over the past six months.: with 690 $ October 2021 to 209,90 $. To a large extent, this all happened because of the last report, which can be considered extremely unsuccessful. The worst thing was not so much the drop in profits, how many subscriber churns: the company lost 200 thousand people, a large part of the losses fell on the American market, which is important for her. She lost followers for the first time since 2011., so it's serious..

Certainly, part of the howls around the report are caused by Netflix itself's chutzpah.: the company shot itself in the foot, stopping work in Russia and losing 700 thousand subscribers at once.

Without denying all the problems of the company, I still believe, that in view of the following points, we can count on a rebound.

Activism Time. More than three-fold drop in Netflix shares in itself invites an activist investor, which will force the company's management to take the most decisive action for the benefit of shareholders. Or Netflix's management itself could preemptively take similar action.. For example, it can introduce dividends.

Mass exodus of subscribers, leaving the company's platform in crowds of millions, No, the company's cash flow is plus or minus predictable and stable. She could well introduce payments at the level 5 $ per share per year, what would take her less 50% its profits, - and at the same time there would be an annual yield 2,3% per annum.

Do not forget, who are you dealing with. For all its cons, Netflix is ​​a one-of-a-kind streaming service.. Netflix doesn't just have the most subscribers, it is the only profitable streaming service: all other competitors have unprofitable services. so or, as in the case of HBO Max, Amazon Video и Apple TV+, we just don't know the data. However, such uncertainty can and should be considered a recognition of the owners of services that, what "yes, unprofitable services: would be break-even, that would certainly be bragged about..

And that, certainly, Netflix's competitors 'are growing fast', but such is the effect of a low base: when they get close to the netflix threshold of 200 million subscribers, their growth will also mysteriously slow down.

Meanwhile, in the case of Netflix, we have a very marginal one - the final margin in the last quarter was 20,3% from revenue - and a profitable business with a large subscriber base. Netflix Management, having such a support base, can afford to experiment with formats: introduce a cheaper subscription with ads, cut content costs, punish users who share passwords, and so on.

Sooner or later, Netflix will find a way out of the situation.. so or, anyway, the company can afford to spend a certain amount of time and resources on finding this very exit.

Cheap. Company P / S — 3,25 and P / E — 19,8. I don't even remember the time, when the company was so cheap. Understandably, certainly, that the wild price tag used to be due to the blind faith of dumb investors in that, that Netflix's growth will continue forever, - and it cost the company to stumble and hit their heads, how investors jumped on it, like natives on Cook. But I still think, that, given the relative stability and marginality, Netflix could now attract investors simply by the fact of its cheapness.

Correct movements. The company is developing its mobile games division and selling products based on its intellectual property.. Both are extremely reasonable from a strategic point of view.: mobile segment of the gaming market is the most promising, and t-shirt toys and other merchandise have always made intellectual property creators more money, than the original source.

Understandably, that the fruits of this investment the company will reap years so in 5, and that and 10, but the shareholders should unequivocally perceive the movement in these directions positively.

Can buy. Now the capitalization of Netflix is ​​95.68 billion - this is a lot, but not so abnormal. Probably, Disney could buy it, Amazon or Apple for that simple reason, that these companies have their own streaming services, bottomless pockets and access to a credit line on favorable terms.

Why pump crazy money into your own services, to build them from scratch, if you can buy someone else's and already profitable service at a relatively low price? Buying Netflix from Amazon is definitely a much better deal from a business point of view., rather than Musk's purchase of Twitter. The last venture is so crazy and idiotic, I don't even want to criticize. So I might as well say, that Netflix can buy the same Musk.

Competition. Now there are many other streaming platforms, whose owners are strongly oriented towards the development of streaming: Disney, Paramount Global, Warner Bros.

They are already spending gigantic money on content production., and this will create additional load on Netflix, which will also have to increase the costs of producing the content itself and attracting or retaining famous creators.

King of Content. Unfortunately, there is no normal database on the state of the content library on the company's platform. This is also why, that in different countries the content library is very different due to agreements and licensing conditions. By the way,, the most complete and richest library on the company's platform is available to users from the Czech Republic: 7325 thousands of titles.

Investing in the Internet of Things: the future of the industrial revolution

In the United States, for example, only 6074 thousand items are available - less, than in Australia, Canada and Britain. Therefore, for lack of a better way, let's try to assess the content risks of Netflix using the example of America as its largest market..

43,9% titles on the Netflix platform are its own content, either, what she made, either content, for the exclusive broadcast of which in the United States she bought the rights. More than half of what's offered on Netflix is ​​someone else's content. The most popular series in the service are content from competing studios, such as Friends and The Office.. The further the rivalry between different services will go, the more content from other studios will leave the Netflix platform. Very possible, that the loss of subscribers in America was caused by this very factor.

Accounting. The company has 27.786 billion debts, of which 7.739 billion must be repaid within a year. A little more than 6 billion in company accounts, so, considering all of the above, probably, the amount of debt will grow - which will scare off investors, because loans will rise in price due to rising interest rates.

It is also worth considering that, that such an amount of debt will reduce the likelihood of the company introducing significant dividends.

No longer a startup. Unfortunately, the company's loss of the status of "young and actively developing" will greatly hinder the growth of its quotations.

Still, the idea is speculative., so don't invest in these stocks, if you are not ready to look at it, how will they shake.

​​ $SPCE Why Virgin Galactic Shares Fall Again? Will Virgin Galactic conduct space flight tests next month or not? Space tourism company Virgin Galactic plummets for second straight session on Thursday, closing on 3,8% Fall, and a fraction of a percent lower on wednesday.   Bitcoin or biotechnology : What to invest in

Teladoc (NYSE: TDOC) - American site, on which clients are provided with services in the field of telemedicine. The company shows a good level of improvement, but the limitations of the format do not allow this sector to be considered truly promising.. And this is not good news for the owners of the company's shares..   Engine) 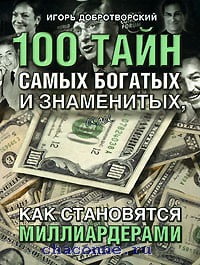 Who doesn't know Ford today, Apple Computer, Microsoft? What do we know about people, who created them? How geniuses differ from ordinary people? Inborn qualities or talent, as is commonly believed? Is nature really more important than education, and heredity prevails over social factors?   reading Moshman