Today we have a moderately speculative idea: take shares in the semiconductor business of Kulicke and Soffa Industries (NASDAQ: CALL), to capitalize on their rebound after a recent drop.

Why stocks can go up: because the semiconductor business is experiencing a renaissance.

KLIC assembles third party components and subsystems into enterprise equipment, who assemble, packaging and testing of semiconductor chips. Such companies divide the resulting semiconductor wafers into individual chips., check the quality of their work, then packaged and sent to manufacturers of finished electronics.

According to the company's annual report, The company's revenue is divided into two segments: 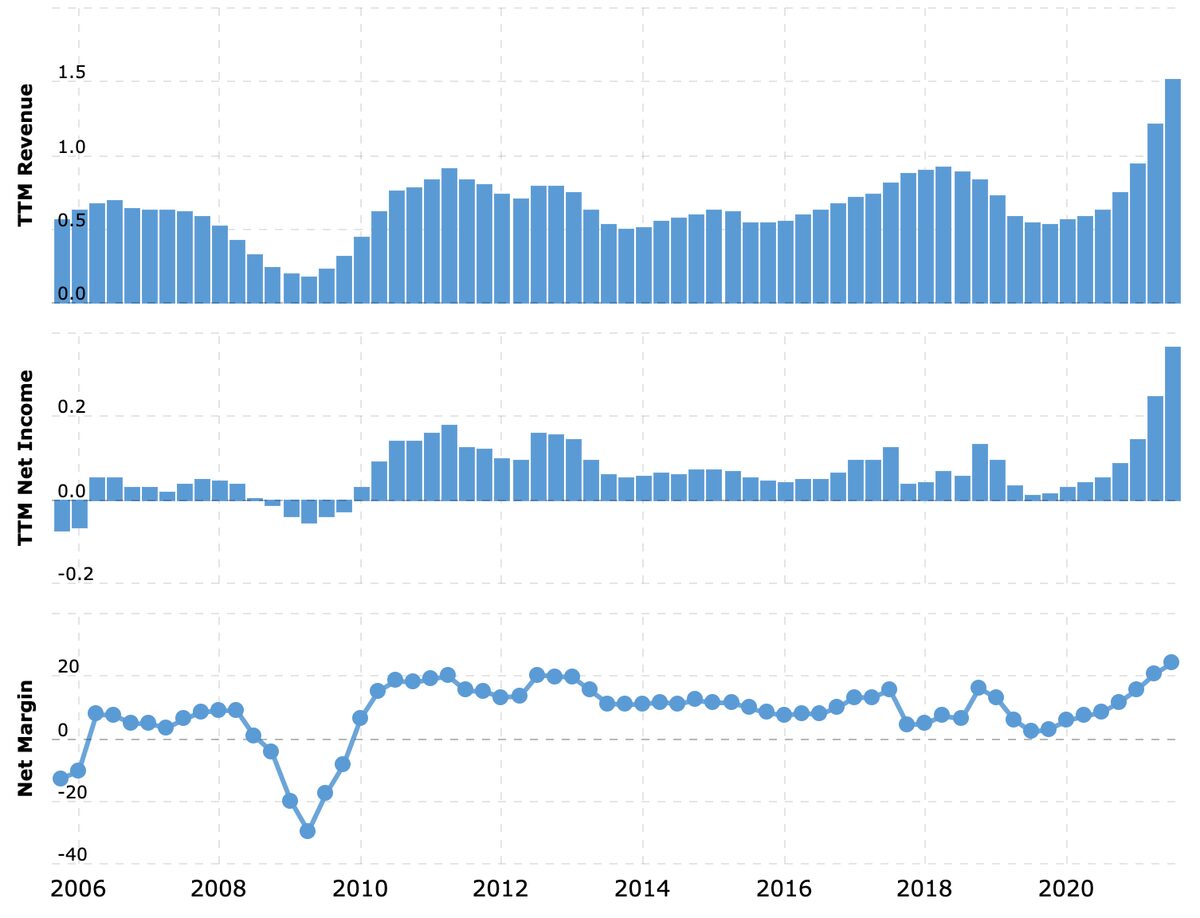 Fell down. Since September 2021, the company's shares have fallen significantly: with 73,59 to 54,00 $. The reason for the fall is simple - investors believe, that the repetition of history with the growth of the company's revenues of the period 2020-2021 can not be expected in the near future, so it's time to take profits. without denying that, what, may be, we will not see a repetition of such a powerful growth very soon, I still believe, that stocks can be taken now with an eye to their rebound due to the circumstances described below.

Conjuncture. KLIC earnings skyrocketed as semiconductor demand skyrockets. Similar growth rates in the next couple of years we, maybe, from the company and can not wait, but I would still expect, that the level of revenue, its profit and marginality will remain at a very high current level. And in the coming years, as demand for chips grows, this will contribute to the return of investor interest in these shares. 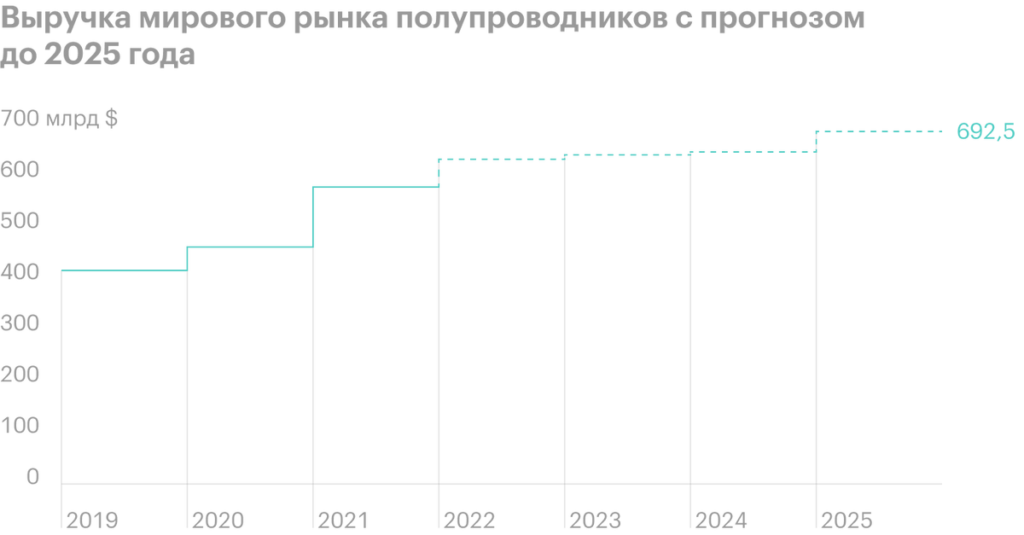 Clean accounting. At the moment, the company has more money at its disposal, than all her debts. It's good, Considering, that an increase in rates and an increase in the cost of loans is coming - it means, KLIC shares won't scare off overly cautious investors.

Can buy. Considering all of the above and trends towards consolidation and large investments in the semiconductor industry, i would expect, that KLIC anyone will buy. Assembly, testing, packaging is far from the most marginal part of the semiconductor business. Sector average gross margin lower 20% from revenue - against 30-40% in the production of plates and 50% in chip design.

So I wouldn't be too surprised, having learned, that ASE Technology decided to invest its windfall profits in moving up the food chain, bought KLIC. For it is better to sell shovels and carts to gold diggers, rather than spending time looking for gold.

Profitable trading is over. Investigation began.

Wrecked. The company pays dividends 0,68 $ per share per year, which gives 1,24% per annum. Given the continuing positivity in her business, she could well triple the payouts. Moreover, there are no other visible reasons for the growth of shares in the eyes of investors and the shares are significantly lower than their historical highs - which means, riot is quite possible, requiring action for the benefit of shareholders, Fortunately, investors are now expecting high dividends. Also, such investors can force the company's management to put KLIC up for sale.. 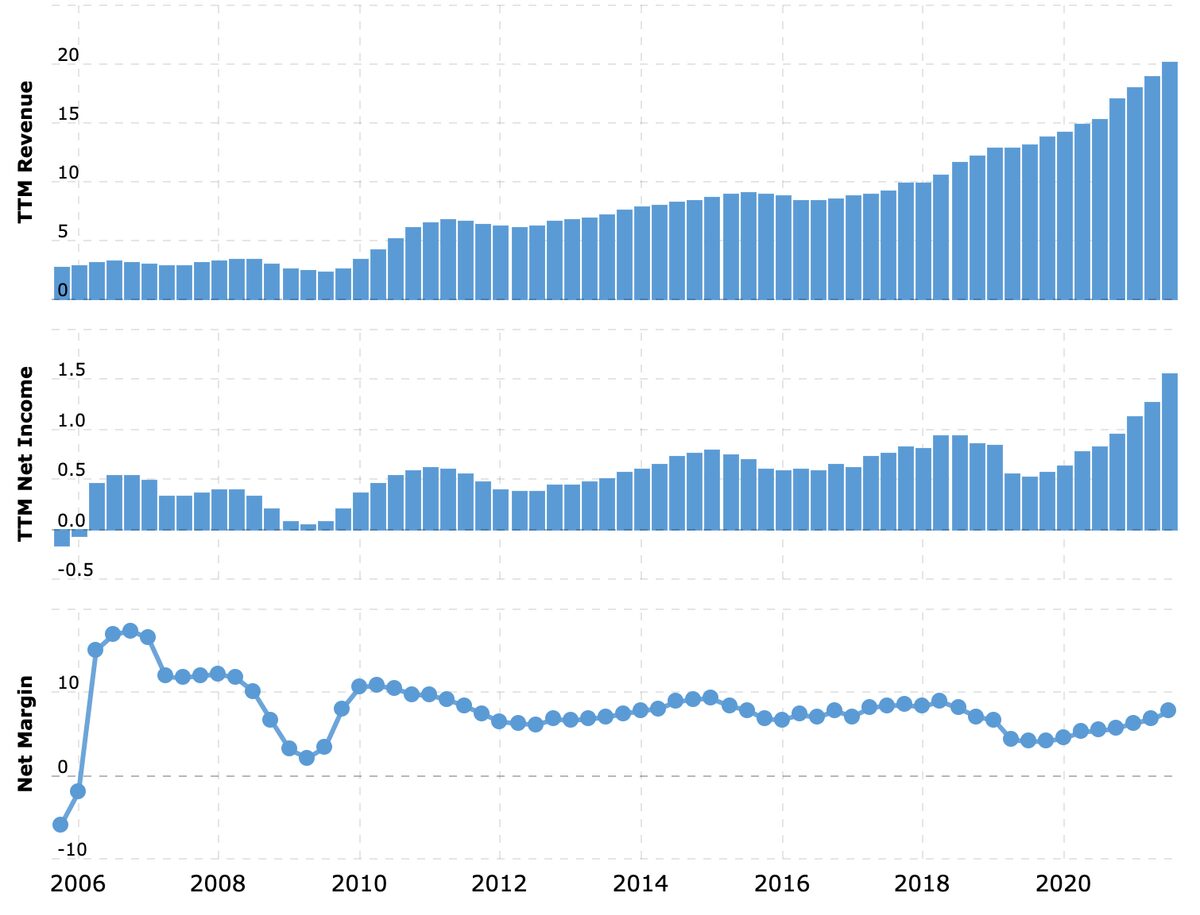 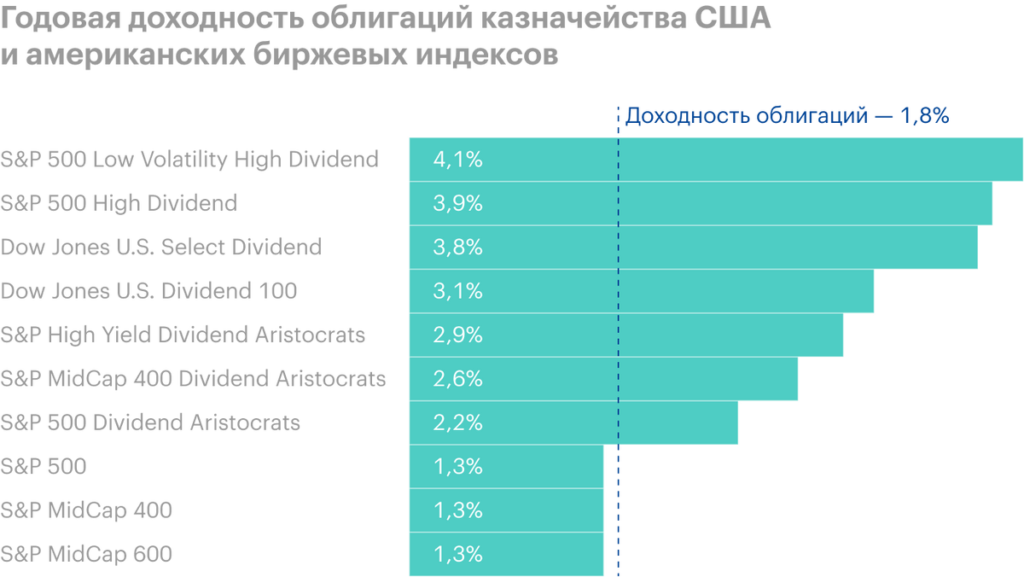 Concentration. According to KLIC annual report, 17,4% its revenue comes from assembly company ASE Technology. A sudden change in relationship with a major customer could negatively impact KLIC's reporting.

China. The lion's share of KLIC products goes to the Chinese market. If the Americans tighten the rules for exporting high-tech products to China, it may affect KLIC.

However, unlikely, that something like this will happen in the field of work of KLIC. Assembly, package, chip testing is labor intensive, but "intellectually easy" type of work with relatively low margins. Americans are primarily interested in, to cover up Chinese undertakings in chip design, plate production and, finally, production of integrated devices. Assembly and other simple work fit well into the list of functions of the Chinese economy, which she is graciously allowed in Washington.

Much more likely, that one of the Chinese clients of KLIC will be on the next sanctions blacklist and this will lead to tangible tactical difficulties for the company. On the other hand, any US anti-China actions will affect KLIC quotes: investors in general act first, and then they think.

I want to ride my cycle. The semiconductor industry is cyclical, at least in the perception of investors. Therefore, any talk about, that the economy is slowing down, will not affect the cost of KLIC in the best way.

Since recessions have now become man-made and the economy is heavily dependent on high-tech semiconductor raw materials, in the future, this kind of “recession” will have less and less impact on the production and sales of chips. The current shortage of chips was formed in no small measure due to the powerful growth in demand for computing equipment due to mass digitalization..

Real recessions await areas with a low level of digitalization - non-technical consumer services, while the chips will sell well. This, however, so far only my hypothesis - is it so, it will be possible to install only on more or less extended time intervals before 10 years.

Magnificent logistics. The company is engaged in the assembly of products from parts created by others. This, certainly, allows it to focus on high-margin activities. But it also makes it dependent on the volatility of commodity prices and transportation., which could negatively affect its profits. Will logistics and raw materials become a factor, which will pull the company down, - we will find out in the next report. 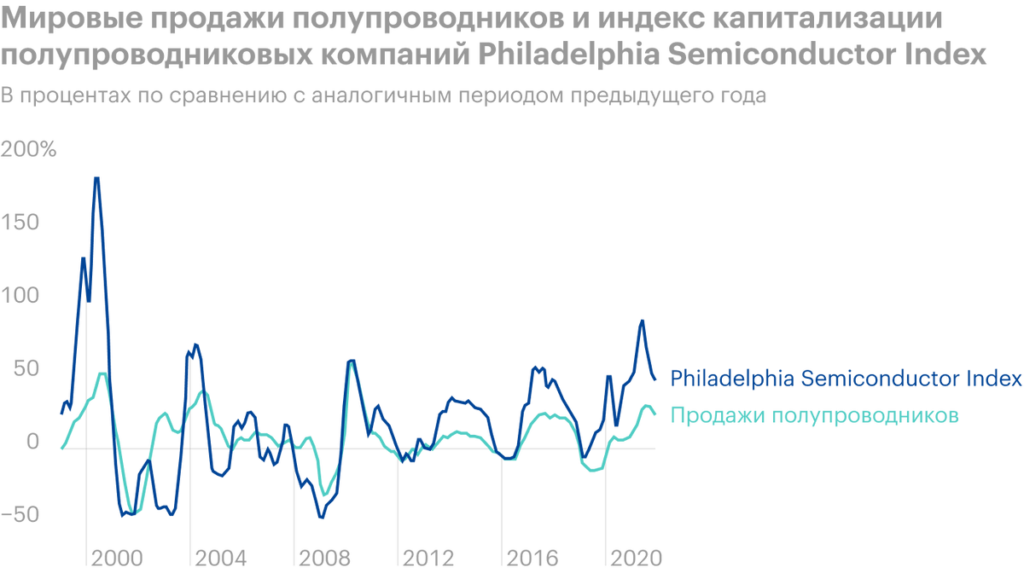 Teladoc (NYSE: TDOC) - American site, on which clients are provided with services in the field of telemedicine. The company shows a good level of improvement, but the limitations of the format do not allow this sector to be considered truly promising.. And this is not good news for the owners of the company's shares..   Few conclusions