Today we have a moderately speculative idea.: take shares of Graham Holdings (NYSE: GHC), in order to make money by discovering their hidden value.

Why stocks can go up: because these stocks have hidden potential.

Graham is a diversified holding company. According to the annual report, the company's revenue is divided into 6 Segments.

Education — 42,72%. This is Kaplan, which provides services in the field of preparation for admission to universities, as well as professional development. Segment operating margin — 3,71% from its proceeds.

A television — 15,51%. This 7 TV stations, owned by the company, mainly in the southern states of the United States. Advertising gives 57,7% segment revenue, the rest is unknown. Segment operating margin — 30,23% from its proceeds.

industrial production — 14,37%. This is a set of different businesses:

Overview of Russian retailers. What to choose as a retail investor

Segment operating margin was negative in 2021 due to asset write-offs and depreciation, but usually this segment is profitable and the operating margin is in the range of 2-4% of the segment's revenue.

healthcare — 7%. This is the medical business of the company: 90% segment revenues are provided by home services and hospices, 10% give compensation from insurance companies. Segment operating margin — 12,01% from its proceeds.

Cars — 10,26%. This is the company's dealer business.. This also includes repair services.. Segment operating margin — 3,59% from its proceeds.

Other businesses — 10,14%. They include: restaurants, marketing, cyber security, Framing Workshop, streaming and data analytics. This segment is consistently unprofitable: its margin is minus 26,55% from its proceeds.

Three-quarters of a company's profits come from its financial operations.: shares in different businesses, asset Management. In general, this is rather a fund like Buffett's Berkshire Hathaway - directly companies under the management of the holding do not give all the profits..

The USA accounts for 78% company revenue, 22% — to other countries. Virtually all of Graham's international revenue comes from education company Kaplan.. 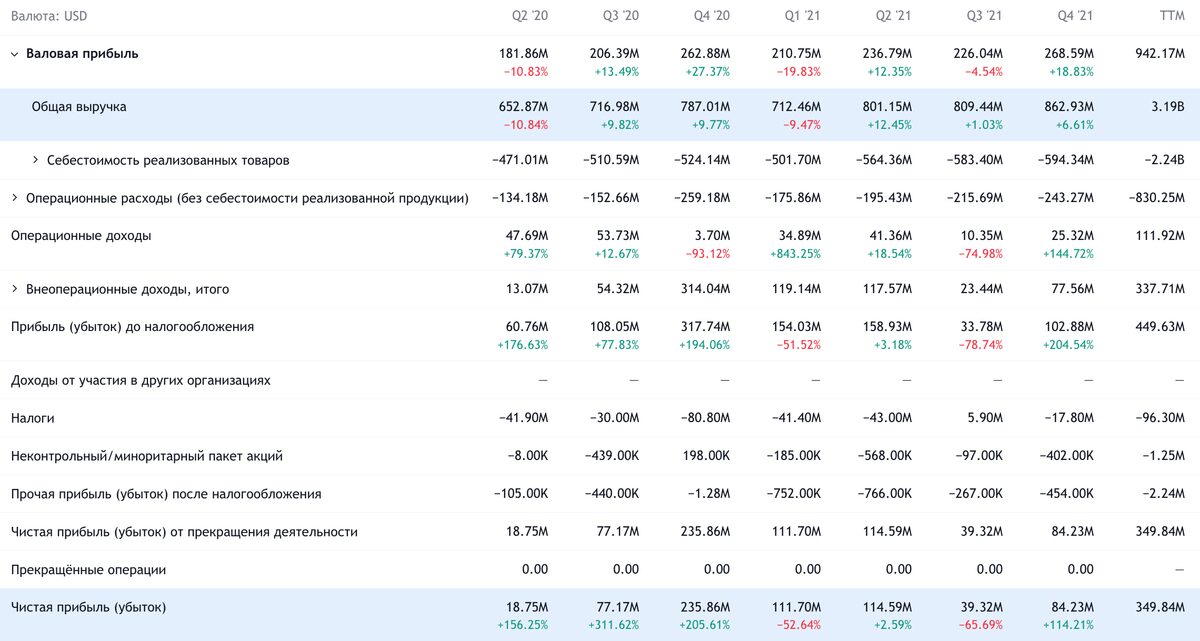 Not grown. Now the financial indicators of the company are as revenue, so the profits look significantly better, how 5 years ago, — and the stock has barely risen. Think, that with all of the following in mind, investors can decide, it's time to fix this situation.

A quiet harbor. The company's business has experienced, what is called, Cumans and Pechenegs without monstrous losses. In connection with well-known events, its shares can attract investors, seeking stability in the world, becoming more and more unstable.

Cheap. Company P / S — 0,9, P / E — 8,53, and its capitalization is only 2.91 billion. Overall, it looks cheaper than Buffett's Comparable Berkshire Hathaway.. Think, this can attract a lot of investors to its shares. And Graham may even attract Buffett himself to its shares.: it is a stable and diversified business, which could be a good addition to Berkshire Hathaway's portfolio. Barron's Graham called it that.: "mini version of Berkshire Hathaway".

Dividends. The company pays 6,32 $ dividend per share per year, which only gives 1,07% per annum. Considering, that the company's earnings per share have been at the level of 60 $ in year, dividends could be quadrupled without much consequence. For the past five years, Graham shares have been treading water, therefore, we can expect the appearance of an activist investor in the company, which will require shareholder bonuses.

How long is growth?

Difference of everything. Being a diversified holding, the company may well allocate part of its divisions to separate issuers, shares of which will grow well on the stock exchange. An activist investor may well encourage her to do this.. Benefit of the holding company, maybe, and do not shock the imagination, but they do not look ashamed against the general background of unprofitable companies, successfully receiving a bunch of money from investors in the course of their virtuous IPOs.

Given the rise in rates and the rise in price of loans, investors will appreciate stable ones more., successful businesses. And given the small size of these issuers., if I were the shareholders, I would count, that some time after the selection they will be bought, - and the effect of this will be stronger than the possible growth of quotations due to the influx of investors.

However, the separation of unprofitable Graham IT startups into separate companies against the background of the popularity of unprofitable technology stocks can also have serious success.. 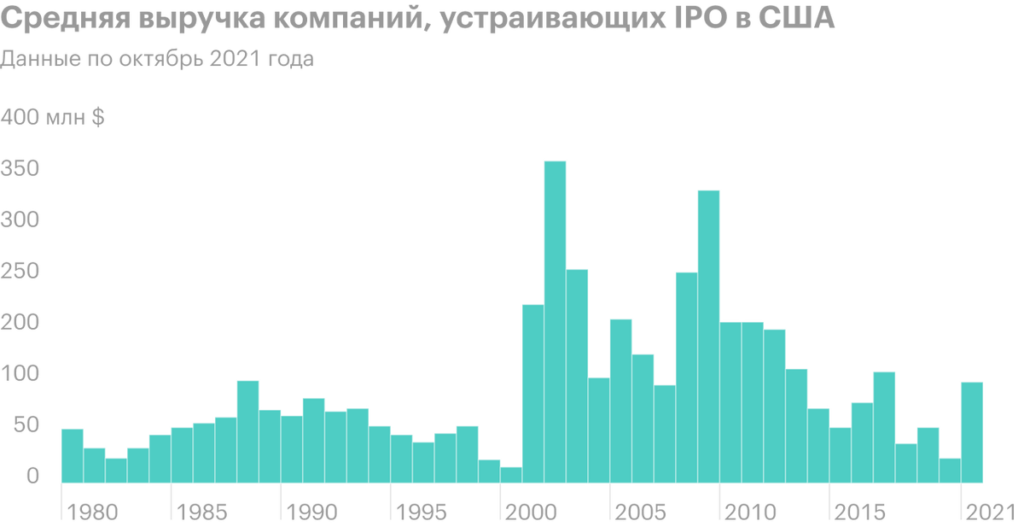 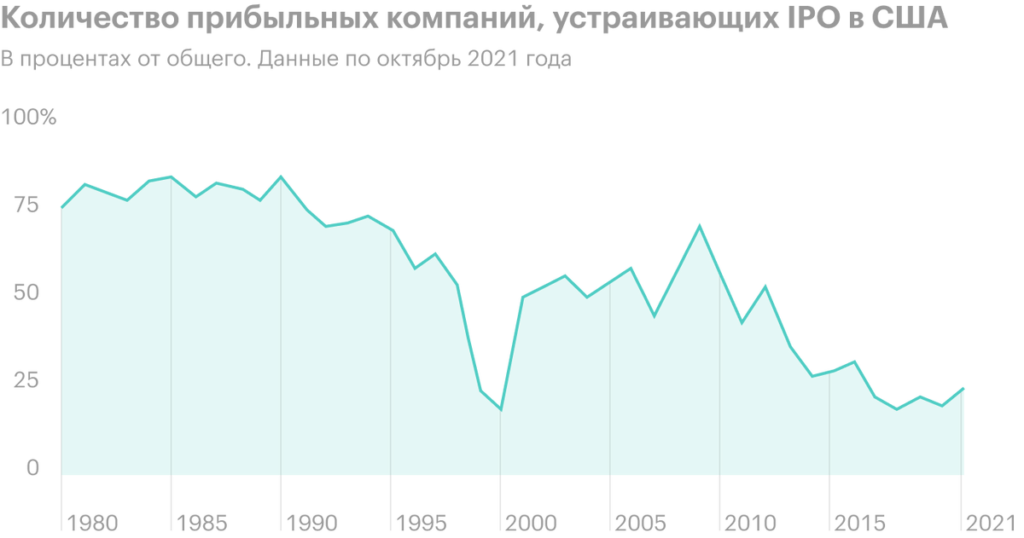 Hidden agenda. The main argument in favor of Graham shares is that, that these actions will sooner or later be able to realize the hidden potential in them: attract investors due to cheapness, to please shareholders with the growth of dividends, division of the company and other pleasant events.

The only problem is, that while the hidden potential is not realized. It lasts quite a long time — and can last indefinitely.. Yes, the holding's business is generally stable, but he does not have enough stars from the sky - here you should not count on sharp breakthroughs. In addition, the main profit of the company is not given by its business., and operations with investments - fortune plays a big role here, who is known as an extremely changeable lady. Unsuccessful investments or simply collapse in financial markets can harm the entire holding.

Accounting. The company has debts of 2.999 billion, of which 1.166 billion must be repaid within a year. Basically, liquid money at the disposal of the company is enough, to pay off urgent debts, but still, a large amount of debt she can not but worry - especially on the eve of the rise in price of loans..

pensioners. About a quarter of the company's profit is given by the pension fund under its management. Now the amount of money in the fund is about 2.3 billion, which is more than twice the amount of its obligations. Some analysts consider, that this fund can bring a lot of benefits to the company, if she invests extra money from there wisely. And I agree in principle with that view..

SPY played a gap up

But here, too, the probability should be taken into account., that Graham's hasty investment could be a game-changer for the worse. And the holding has the motivation for the risk.: when you see, what crazy money people make on virtual cryptocurrency wrappers and various idiotic startups, there is a desire to take a risk in the same way - "so that the money does not lie idle".

AND, what's worse, because pension funds must comply with a bunch of restrictive regulations, Graham management may be motivated to violate regulations and take risks. If such a fact is revealed, then Graham shares are waiting for a collapse, and the company itself is dragged through the courts..

Teladoc (NYSE: TDOC) - American site, on which clients are provided with services in the field of telemedicine. The company shows a good level of improvement, but the limitations of the format do not allow this sector to be considered truly promising.. And this is not good news for the owners of the company's shares..   Amazon's net profit fell by 50% due to rising costs