Thursday, 7 October, shares of automakers General Motors and Ford rose by 4,7 And 5,5%. Over the past month, company shares have added 14-15% each, although the index S&P 500 over the same period fell by 2,5%. For the year, the papers of GM and Ford brought several times greater profits., than a wide market. Companies are seriously looking to compete with Tesla for leadership in the electric vehicle market, and investors, seems, like it.

General Motors held an Investor Day in the middle of this week. The company reported, that by 2030 plans to double annual revenues to $ 280 billion and increase business profitability. This is an aggressive target, after all, in the last ten years, the company's sales have stagnated. Like promotions: from the end 2010 until the beginning of 2020, GM securities rose by 0%.

“We will achieve our goals by selling classic, electric and autonomous vehicles, software, services with high profitability and other new directions ", - said the financial director of the company.

According to GM, EV sales will grow from $ 10 billion in 2023 to $ 90 billion in 2030. Cruise Autonomous Driving Platform, as calculated by the company, by the end of the decade will generate about 50 billion. GM expects to earn $ 25 billion on subscription services by 2030. The automaker plans to increase profitability, among other things, through our own production of batteries.

GM to invest 35 billion in new technologies and production by 2025. According to management, in 15 years the company will produce only electric vehicles. Ford has a similar program: over the same period, the auto company will invest in the production of electric vehicles 30 billion. In late September, Ford announced the construction of several battery factories in partnership with South Korea's SK Innovation.. The company will spend about 7 billion on them..

According to McKinsey, in the second quarter of 2021, sales of electric vehicles increased by almost 200% and made 3,6% from total sales. It's still a little, but traditional automakers should invest in development now, not to lose in a competitive industry.

Wall Street wants to see investment in electric vehicles in the next 2-4 years, not at the end of the decade. Now there is an arms race. If companies are not aggressive enough, they have to look after, like Tesla ", — said one of the analysts at Wedbush Securities. 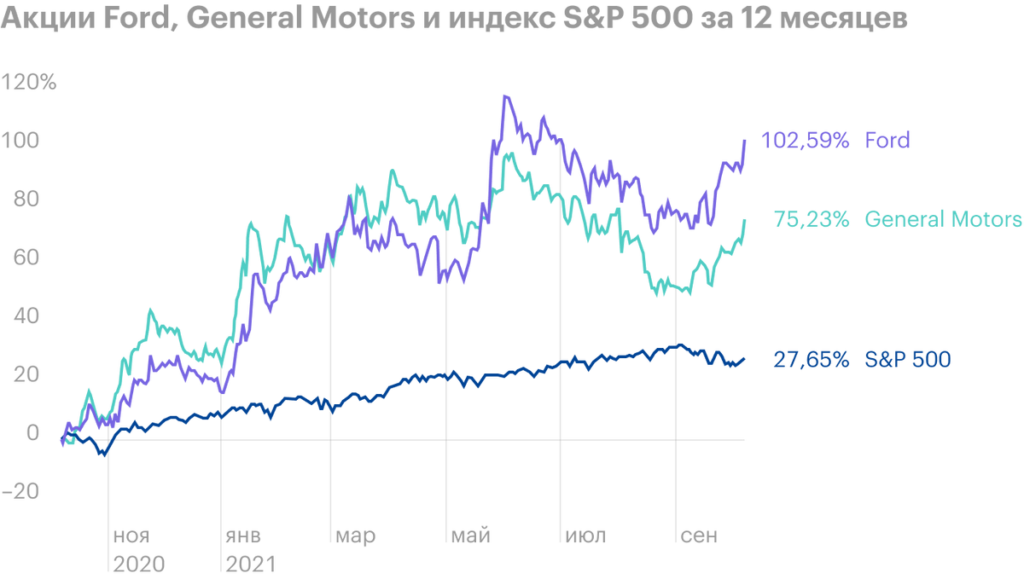