2 In March, the head of the Federal Reserve, Jerome Powell, for the first time in many months, called a specific target for the rate for the near future. The regulator also noted, what will make decisions taking into account the consequences of the events in Ukraine.

The rate will be raised, but not much

Powell said, what awaits a series of rate hikes on 0,25%. The regulator did not rule out, which will begin to tighten policy more aggressively in the event of stable inflation.

"With the inflation rate much higher 2% and a strong labor market, it is appropriate to raise rates at a meeting later this month. If prices continue to rise steadily, we will raise the rate by more than 0.25%", — said the head FED.

Before Powell's speech, markets feared a possible rate hike immediately by 0,5%. US stock indices reacted positively to the words of the head of the Fed. 2 March S&P 500, Dow Jones и Nasdaq added from 1,6 to 1,9%.

Powell also commented on the conflict in Ukraine: “Consequences for the US economy are uncertain. We will closely monitor the situation and respond quickly to new data.".

In January, the inflation rate in the US updated a 40-year high: the consumer price index rose by 7,5%. Before the start of hostilities, analysts expected, that the Fed can fight inflation harder. Now, given the uncertainty, the Fed will have to act more carefully..

The flip side of what's happening is an even faster rise in prices.. Many for various reasons refuse Russian oil, writes Bloomberg. As a result, the May futures for Brent crude oil exceeded the level of 2012 — 117 $ per barrel. Prices for other products, e.g. palm oil and soybeans, also grown a lot in recent days.

The regulator was in a difficult situation.. Probably, the central bank should have scaled back its stimulus sooner. It is unlikely that prices will stop growing in the near future. And it is possible, that the Fed will change its plans again and begin tougher rhetoric. 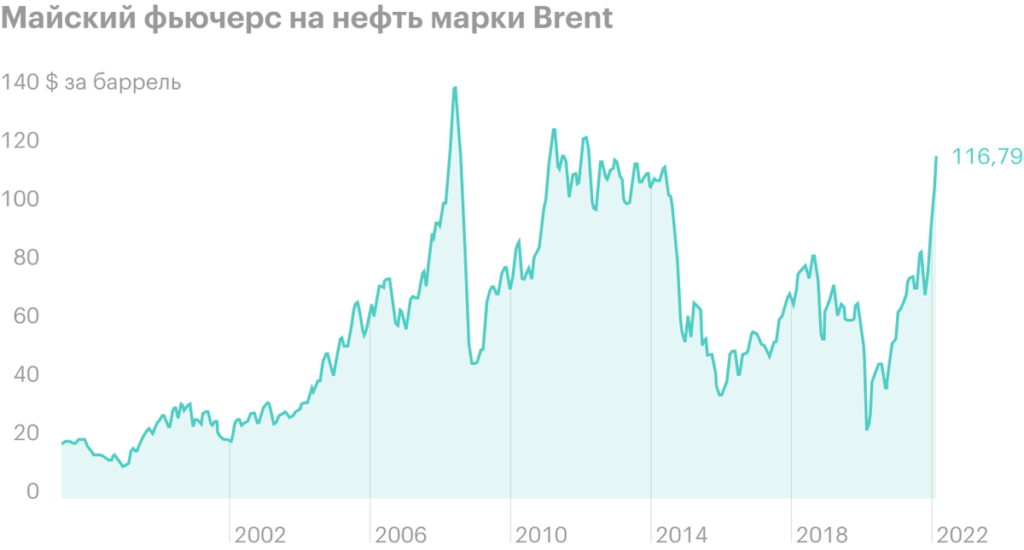 Coronacrises and epidemics: investing in Anthem