There is a cool feature in WealthLab — shows how many percent the price has grown from a given point on the chart and immediately converts it into annual percent.

So here, since the beginning of the year, the ruble has depreciated against the dollar by 40%. Or on 50% per annum. This makes trading on the Russian market an aimless and unprofitable activity.. Everyone who earned less than 40%, actually, turn out to be in the red by the end of the year. It is unlikely that any of the serious players earn more than 40% per annum. This means that they are all in the red..

An example for clarity — if a year ago the average salary in Russia was 800 Dollars, now only 400…. which puts the country on a par with not the richest African countries. 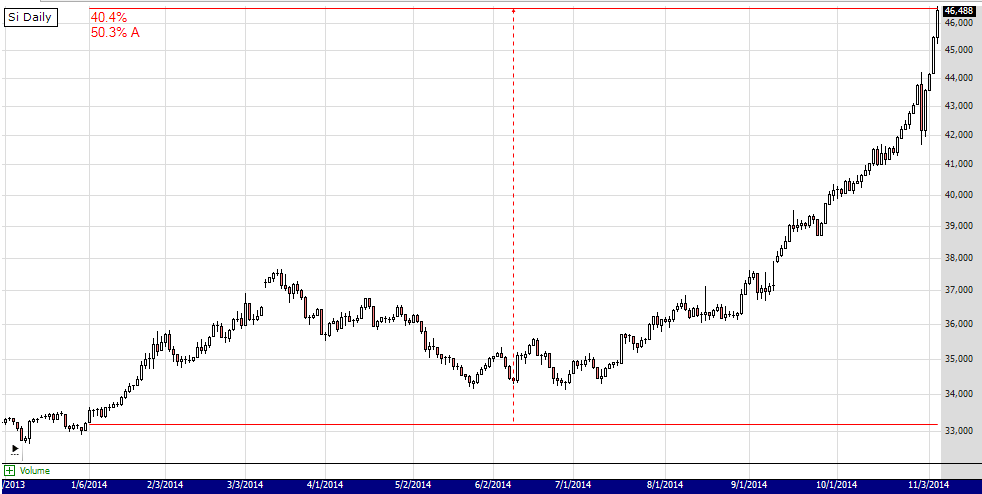 Utah digital bank FinWise Bancorp, providing credit and deposit services throughout the United States, announced the decision to postpone the upcoming IPO. Earlier, the bank applied for attraction 58 million dollars, releasing 4,1 million shares (14% secondary) at a price from 13 to 15 Dollars.   How much does an IPO cost??

Teads company, spun off from Altice to offer advertisers and publishers a digital ad platform, announced the withdrawal of the appeal for the IPO.   Review of the "Positive Group": new IT representative on the Russian stock market